There’s a nationwide shortage of suitable organs for transplanting – but what if some of those organs deemed ‘unsuitable’ could be rejuvenated? Researchers at Addenbrooke’s Hospital have managed just that – and last year gave two patients an unexpected Christmas present.

Grading organs is not an exact science – it’s a mixture of factors about the circumstance in which it became available, its storage and how it looks to a trained eye. This isn’t good enough, particularly if it means we’re losing some potentially suitable organs.

In a room in the Department of Surgery, a kidney sits inside a chamber connected to tubes and monitors. Solutions and gases are pumping through it and urine is coming out.

In fact, the chamber in itself is not particularly special – it’s an off-the-shelf machine used for cardiac bypass surgery in children: it’s how it has been adapted and the new uses it has found that make it so significant. This machine is able to rejuvenate kidneys deemed not fit for transplant, making them fit and healthy again – and suitable for a recipient.

Professor Andrew Bradley, Head of the Department of Surgery, is quick to point out that it is his team at Addenbrooke’s Hospital, part of Cambridge University Hospitals – particularly Professor Mike Nicholson and Dr Sarah Hosgood – who should take all the credit for this machine, which they refer to as an organ perfusion system.

There is a chronic shortage of suitable organs for transplant and something needs to be done. To help address the problem, in December 2015, Wales became the first country in the UK to make organ donation an ‘opt-out’ system – in other words, doctors would remove the organs from deceased individuals and provide them for use in sick patients unless the individual had explicitly refused consent before their death.

Unfortunately, not every donated organ is suitable for transplant – in the case of kidneys, for example, around 15% are deemed unsuitable. This can be for a variety of reasons, including the age of the donor, their disease history and the length of time the organ has been in cold storage.

“Grading organs is not an exact science – it’s a mixture of factors about the circumstance in which it became available, its storage and how it looks to a trained eye,” says Nicholson. “This isn’t good enough, particularly if it means we’re losing some potentially suitable organs.”

What if there was a way of taking these organs and assessing them systematically? And to take it a step further, could some of them even be rejuvenated? Before coming to Cambridge, Nicholson and Hosgood developed a system while at the University of Leicester that effectively recirculates essential nutrients through the kidney, bringing it back to life.

“We use a combination of red blood cells, a priming solution, nutrients, protective agents and oxygen,” explains Hosgood. “We pump this through the kidney while maintaining a temperature close to our body temperature. It mimics being in the body.”

As the perfusion solution is being circulated, the kidney will begin to function and produce urine. By analysing the contents of this urine and monitoring blood flow, doctors can see how the kidney is performing and whether it might make a viable transplant organ. After just a 60-minute perfusion, the kidneys are resuscitated and are potentially ready for transplantation.

This is no longer just an experiment: since moving to Cambridge, with funding from Kidney Research UK and the National Institute for Health Research, the team has been able to take kidneys rejected from other transplant centres, resuscitate and assess them, then transplant them. In December last year, two individuals on the organ transplant waiting list received the perfect Christmas present courtesy of the Cambridge team: a new kidney.

So far, the team has taken five discarded kidneys and managed to rescue three. “We’re hoping to process another hundred over the next four years,” says Hosgood, who is also working with centres in Newcastle, Edinburgh and at Guy’s Hospital in London, in the hope of replicating their success.

The current kit, which was not purpose-built for organ perfusion, is bulkier and clumsier than ideal, so the team is currently fundraising to help design a dedicated machine, in collaboration with colleagues from the Department of Engineering. “It’s not very mobile, so we couldn’t use it to help resuscitate organs in transit to other centres.”

Nicholson and Hosgood’s success has spurred on other colleagues. Professor Chris Watson describes himself as “piggybacking” on their work to develop a technique for perfusing livers. The situation for liver transplants is even more serious than it is for kidneys: as many as one in five patients on the waiting list will die before a liver becomes available.

So far, his team has taken 12 livers, all but one of which had been rejected by other centres, and successfully resuscitated and transplanted them using a system that builds on the pioneering work of his two colleagues.

“There’s a scene in the Woody Allen film Sleeper where Allen’s character stumbles across a 200-year-old Volkswagen Beetle and manages to start it first time,” he says. “The liver is like that. You take it out of cold storage and expect it to start first time. By first assessing it on our machine, we can be more confident it will work first time.”

In some ways, this has proved more of a challenge than it did for kidneys, he adds. “With kidneys, you can put them in the machine for an hour, resuscitate them and then transplant them. If it doesn’t work immediately, the patient stays on dialysis until it picks up. With a liver, it takes longer to analyse and resuscitate the organ, and if it doesn’t work it’s a disaster for the patient.”

Now that the team has successfully revived and transplanted kidneys and livers, this is by no means the end of the story. There is still much work to be done to further improve the organ – and hence improve the function and prolong survival, says Hosgood.

Once transplanted, organs face a battle with the body’s immune system, which recognises its new occupant as a foreign body. This is one reason why the perfusion system uses only red blood cells, not white – to do so would risk an inflammatory response that could damage the organ.

“Of course, as soon as you transplant the kidney, it will face a similar inflammatory response, but by then it should be in an improved state and able to cope better with what the body throws at it,” she explains. The Department is in the process of recruiting 400 patients for a randomised controlled trial to test this technology.

The perfusion system also enables therapies to be given directly to the kidney. This ensures optimal delivery of the treatment to the targeted organ and avoids any side effects in the patient. One promising avenue of research, in collaboration with Professor Jordan Pober at Yale University (USA), is the use of nanoparticles that target the endothelial cells in the lining of the kidney. These cells play an important role in the inflammatory response after transplantation. “The delivery of nanoparticles in this way may reduce damage to the organ after transplantation,” she adds.

The shortage of suitable organs is not going away. Not even a UK-wide ‘opt-out’ system is likely to completely eradicate the problem. If anything, the crisis is likely to get worse – the flipside of good news stories such as fewer road traffic fatalities and better medicines that reduce the number of young people dying early. The team recognises that the system alone is not the answer, but it brings a new relevance to the old adage “waste not, want not”. 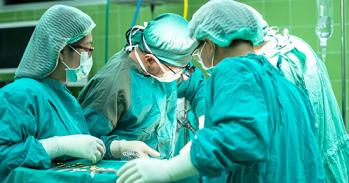 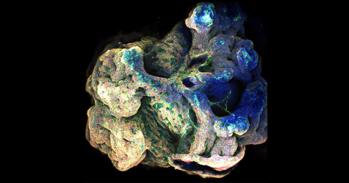