The lady of the longitude

In 1714, the British Parliament offered large rewards for finding longitude at sea. Men around the world submitted schemes but only one woman, Jane Squire, published a proposal under her own name. Dr Alexi Baker has been investigating the life story of this remarkable trailblazer.

Three hundred years ago, the British Parliament famously established rewards and funding for improved methods of finding longitude at sea. The longitude (east-west) coordinate of a ship was much more difficult to calculate than its latitude (north-south). The resulting navigational uncertainty endangered maritime trade, travel and defence during Britain’s rise as a powerful seagoing Empire.

The 1714 longitude rewards of up to £20,000 (worth at least £1.5 million in today’s money) attracted diverse intellectuals, inventors, entrepreneurs and daydreamers to develop schemes. These financial incentives rejuvenated the centuries-old ‘search for the longitude’, which had begun to seem hopeless.

Cambridge University historian Dr Alexi Baker has researched the fascinating story of Jane Squire, the only woman to participate openly in the search for longitude. Earlier historians dismissed Squire as ‘nutty’ or ‘strange’ but Baker’s pioneering research reveals a fascinating individual whose life sheds new light on the search for longitude. Squire’s experiences also illuminate the roles played by gender, class and religion in early science and mathematics. 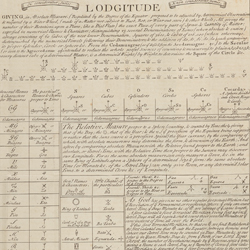 “The vast majority of longitude participants through the ages were men,” said Baker. “It was not considered proper in 18th century Britain for women to pursue subjects such as navigation, mathematics and related money-making endeavours. Astronomy was permissible as a genteel pastime, but only at a more basic and domestic level.”

Rare exceptions included a mother and daughter who supplied Astronomer Royal Nevil Maskelyne with calculations for the annual Nautical Almanac. By connecting archival clues at the Bodleian Library in Oxford, Baker has also discovered that one of the sisters of painter Sir Joshua Reynolds wrote about longitude anonymously during the 1780s.

However, Squire is the only woman known to have pursued the longitude without concealing her gender. Her complex and educated (if impractical) scheme drew the attention of learned and influential individuals, from the female intellectuals known as ‘bluestockings’ to the Pope.

Squire’s book is the most common longitude work in collections today. It was published in two editions in 1742 (200 pages) and 1743 (160 pages), the first edition in both French and English. Most copies include a fold-out summary and leather binding uniquely decorated with symbols invented by the author. Cambridge University Library holds three such copies in its Rare Books collections.

“Jane Squire was a fascinating individual in her own right, with her outspoken refusal to bend to society’s expectations for women,” said Baker. “In addition, she is vital to the historical record because her books provide a rare account of the early activities of the Commissioners of Longitude, who mainly acted individually rather than communally until the 1760s.”

Baker's research suggests that Parliament did not clearly establish a standing body or ‘Board’ when, in July 1714, it named 24 individual Commissioners as acceptable judges for the new longitude reward. This lack of clarity generated much confusion and was intensely frustrating for people working on proposals.

Christened in York in 1686, Jane was the second daughter of the affluent and well-connected Priscilla and Robert Squire. Little is known about her youth, she never married, and no portrait of her survives.

By the 1720s, Squire had moved to fashionable London. In 1722, she sued individuals including the powerful Edward Earl of Oxford and Earl Mortimer and Thomas Lord Harley, over marine salvage efforts (“fishing upon wrecks”) in which she had lost large sums. “It was extraordinary for an 18th-century woman to invest in such risky projects, or ‘adventures’, and to fight for her interests with such confidence,” said Baker. 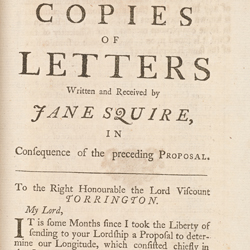 Squire’s lawsuit appears to have been dropped when the main defendants struck a fatal blow by arguing that her Catholicism barred her from the courts. Catholics faced severe penalties and persecution during this period. They had to take an oath of allegiance, following the Jacobite risings and the failed invasion of the ‘Old Pretender’ James Stuart.

In 1726, Squire was committed to the notoriously harsh Fleet Prison in London because of her substantial debts. Upon her release three years later, she dedicated herself to developing a novel and universal way of comprehending and communicating ‘the celestial and terrestrial spheres’.

Her scheme was intended not only to facilitate the finding of longitude at sea but also to move humanity closer to the state which existed before the fall of the Tower of Babel. “Religious motivations like Jane Squire’s were not uncommon in the search for the longitude, nor were they unusual in 18th-century science in general, and did not preclude proposals from consideration,” said Baker.

Squire worked tirelessly in the 1730s, and again in the early 1740s, to get feedback on her scheme from the Commissioners and other learned and influential individuals. She often expressed dissatisfaction with the reticence of most Commissioners, and with women being discouraged from pursuing natural philosophy and mathematics.

In 1741, the Commissioner Sir Thomas Hanmer ruefully agreed with Squire that gender was an obstacle to her efforts: “You are to expect to lye under some Prejudice upon account of your Sex.” Squire’s gender and religion often hindered her, but occasionally opened doors as well, as did the prestige of her family.

The highly detailed proposal set out in Squire’s books drew upon real astronomical research and intellectual trends. But it was far from practicable. The scheme centred on dividing the heavens into more than a million segments which could be recognised visually, so that young sailors would not need advanced mathematics, and which were described through a new universal language. 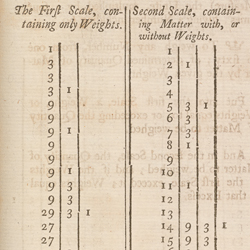 Other suggestions included correcting for apparent and mean solar time with a newly-invented clock, announcing the time from church steeples with speaking trumpets, and deploying artificial sea creatures as marine buoys to aid in mapping.

Contemporaries were intrigued by this proposal, perhaps mainly because of Squire’s gender and the comparatively high quality of her publications. The bluestocking poet Elizabeth Carter wrote to a friend in 1743: “You must certainly have seen Mrs. Squire's scheme of the longitude, and I make no doubt understood it; but for my own part I never beheld so incomprehensible a thing in my whole life.”

When Squire died in 1743, the Daily Post memorialised her as “a Lady excellently well vers’d in Astronomy, Philosophy, and most Parts of polite Literature” and suggested that the stress of finishing her second edition was responsible for her demise. Unaware of Jane's death, Pope Benedict XIV and the Bologna Academy of Sciences were meanwhile contemplating the encouragement of such a learned Catholic woman.

In her will, Squire left her friends generous gifts which she expected, ever optimistically, to be paid out of her long-deserved longitude reward. She never received such recognition from the Commissioners of Longitude. But she did leave books which have spread across the world, and which now make important contributions to the historical record.

“Jane Squire uniquely insisted on playing ball with the men, and in doing so as confidently as would a man,” concluded Baker. “However, forging such an untraditional path also brought her great pain, including three years in prison. She appeals so much today because of her outspoken insistence that women should not be barred from traditionally male activities.”

Since 2010, Dr Baker has worked with Professor Simon Schaffer’s project on the Board of Longitude and on the Cambridge University Library’s digitisation of the Board archives. She is a Mellon/Newton Fellow at the Centre for Research in the Arts, Social Sciences and Humanities [CRASSH].  She is currently writing an entry on Jane Squire for the Oxford Dictionary of National Biography.

Dr Alexi Baker will discuss Jane Squire at the Department of the History and Philosophy of Science, University of Cambridge, tomorrow (Monday, 1 December 2014) at 1-2 pm. All are welcome.

Women are ‘running with leaded shoes’ when promoted at work, says study