'The Iron Lady' and the paradox of treating anaemia

Iron deficiency can be fatal. But in countries where patients are also likely to have other serious diseases, so too can the iron supplements used to treat it. Nearly 12 years ago, Dora Pereira – sometimes referred to as ‘The Iron Lady’ – was part of the team who had an idea for a new supplement. She now leads its clinical trial in The Gambia.

The global burden of iron deficiency anaemia hasn’t changed in the past 20 years, particularly in children and women of reproductive age

There’s a strange paradox when it comes to iron deficiency anaemia. We’ve been able to treat the condition for almost two centuries, ever since French physician Blaud of Beaucaire introduced ‘A Readily Assimilated Form of Iron for Making the Blood Red and Healthy’. And yet, in developing countries, where some of those people who are most susceptible to anaemia live, taking an iron supplement can make things worse.

Oral iron supplements contain iron in a form that dissolves quickly in the gut, passes rapidly into the bloodstream, and makes itself available for its many vital functions: carrying oxygen, building DNA and powering muscles. No wonder it’s the treatment of choice.

But, says Cambridge researcher Dr Dora Pereira, the situation is far from straightforward if the patient is not only anaemic but also carrying any one of a number of infections that are endemic in developing countries: hookworm, malaria, HIV, salmonella and amoebic dysentery, among others. 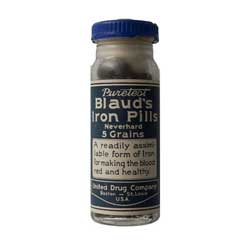 “This is why the global burden of iron deficiency anaemia hasn’t changed in the past 20 years, particularly in children and women of reproductive age. In developing countries, taking oral iron supplements may be associated with increased infection if there is no appropriate infection control available. Unfairly, the most-deprived populations with the highest burden of disease also do worse with currently available iron supplements. So, despite considerable public health efforts, the most widespread nutritional deficiency remains without an effective cure.”

Nearly 12 years ago, while at the Medical Research Council (MRC) Human Nutrition Unit in Cambridge, Pereira and colleagues began to question whether the right type of iron was being used to treat anaemia.“If you look at our diet, we obtain iron from red meat, pulses, whole grains and leafy greens, and in all of these the iron is found in a less ‘accessible’ form than the soluble iron currently used in supplements,” says Pereira.

“The body needs to work harder to release it, which happens within the cells that line the gut. This slows down how available it is to the body, and to pathogens. In fact, this ‘slow release’ of iron may be an innate mechanism that humans have developed throughout evolution in order to live with the many flora and fauna that colonise our guts.” They began looking for an alternative.

Iron exists in hundreds of different forms. The one we see on rusty pipes is a very crystalline and stable iron oxide; if we were to eat this we’d take in very little. At the other end of the spectrum are the soluble forms. “But the forms you find in food and those which form during digestion are not soluble forms of iron. So we decided to make a synthetic form that mimicked this more stable mineral and particulate iron structure. In a nutshell, this is a more available form of ‘rust’.”

The result is IHAT (iron hydroxide adipate tartrate; the A and the T stabilise the iron and are widely used as food additives). IHAT behaves like the iron forms that are found in our diet – it doesn’t dissolve in the gut. It’s taken up whole as nanoparticles by cells in the lining of the gut and it’s broken down inside these cells – mimicking what happens with iron in the diet, and resulting in a slower release of iron into blood. 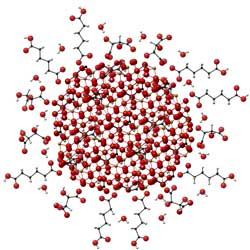 There is also another advantage. Unlike IHAT, the soluble form of iron in current supplements is what’s called ‘redox reactive’ – it can react with oxygen to produce free radicals that damage the gut lining and contribute to the side effects of taking iron supplements such as diarrhoea, constipation, abdominal pain, cramps and heartburn.

“In developed countries these may be uncomfortable, but in developing countries side effects like diarrhoea can be life-threatening, particularly in children when associated with pathogens such as Salmonella,” adds Pereira.

IHAT has already been tested in ‘first-in-man’ studies and a Phase II trial is now being conducted in 700 children in The Gambia, funded by the Bill & Melinda Gates Foundation Grand Challenges in Global Health programme. The trial is in collaboration with MRC Unit The Gambia, West Africa, and is co-led by Professor Andrew Prentice (MRC International Group and MRC Unit The Gambia), an expert at conducting oral iron intervention studies in rural Gambia.

Pereira hopes that the IHAT supplement might provide the solution to what the World Health Organization (WHO) has called ‘a public health condition of epidemic proportions’.
Lack of iron, and its associated anaemia, is the largest nutritional deficiency disorder in the world today, affecting two billion people. In developing countries, where bland diets contain too little iron and infectious diseases reduce iron absorption, at least half of all pregnant women and pre-school children are estimated to be anaemic.

Iron deficiency anaemia causes the death of around 0.8 million people each year, and many millions more are affected by an associated lowering of IQs, complications in pregnancy and unproductive working lives, all of which limit national development.

This is why in countries where more than one in five young children have anaemia, iron compounds are included in a powdered mix of vitamins and minerals made freely and widely available by UNICEF, the World Bank and NGOs.

Keeping an eye on the costs of IHAT has been crucial – if the clinical trials are successful, then the researchers need to be sure that the end product will be affordable and can be made in large quantities. Their current financial projections suggest that a month-long supply of a daily dose will cost around $1–2.

Pereira’s team has been helped with thinking ahead to the marketplace through a mentorship programme with GSK (GlaxoSmithKline), which began after IHAT won the 2014 Emerging Technologies Prize from the UK Royal Society of Chemistry.

“This has been a tremendous help,” says Pereira. “Throughout the years there were many instances where we couldn’t get funding. To many, this type of research seems more like a social enterprise than a business opportunity. But there is no reason why women and children should be dying of iron deficiency anaemia in the world today.”

“And if we are successful, then this would be a safer option with fewer side effects for anyone in the world who needs iron. If it works, it will be a very nice story of a very simple solution.”

Look out for our Cambridge Science Festival 2017 event "What works for India and Africa can work for the world" on 14 March 2017 when Dr Dora Pereira and Professor Jaideep Prabhu discuss how solving medical challenges in resource-poor and pathogen-rich settings like India and sub-Saharan Africa is not just better for the people who live there but is also better for people living in other parts of the world. See website for details.

Check-up at MRC Unit The Gambia