Flamenco: what happens when a grassroots musical genre becomes a marker of culture

What happens when a musical genre becomes an identifier for a region?  In his book Flamenco, Regionalism and Musical Heritage in Southern Spain, Matthew Machin-Autenrieth unravels the cultural complexity and contested politics of an iconic art form.

In 2010 flamenco was recognised by UNESCO as an Intangible Cultural Heritage of Humanity (ICH). It was a seminal moment in the history of flamenco which has progressed from a tradition embedded in gypsy and working class communities to a genre taught in conservatoires.

For audiences around the world, flamenco symbolises the colour and romance of southern Spain. An energetic blend of song, guitar and dance, it is most strongly associated with Andalusia, one of Spain’s 17 autonomous regions. With historic connections to Islamic North Africa, Andalusia stands at a geographical crossroads and its culture is rich with influences from far beyond its shores.

The government of Andalusia has long supported flamenco as an important element of regional identity and a magnet for tourism. In 2010 flamenco was recognised by UNESCO as an Intangible Cultural Heritage of Humanity (ICH), a designation that signals its contribution to culture worldwide. It was a seminal moment in the history of flamenco which has progressed from a tradition embedded in gypsy and working class communities to a genre taught in conservatoires alongside more classical styles.

The listing of flamenco as an ICH raises important questions about culture and identity: how best to keep regional art forms alive and flourishing in an increasingly globalised world and, most specifically, how musical forms intersect with politics. Dr Matthew Machin-Autenrieth (Faculty of Music) addresses these topics and more in his book Flamenco, Regionalism and Musical Heritage in Southern Spain, a detailed study of the ways in which an iconic performative tradition contributes to the formation of identity at local, regional, national and international levels.

Machin-Autenrieth comes to his subject matter as an ethnomusicologist and classical guitar player interested in the shifting politics of a ‘grassroots’ art form that has been packaged both as a global commodity and as a symbol of regional identity. His understanding of the guitar and grasp of colloquial Spanish, together with his deep interest in the relationship between music and politics, qualify him for the task of unravelling the ways in which music is grounded not just in place but in notions of place which contribute to powerful ‘landscapes’ of belonging. 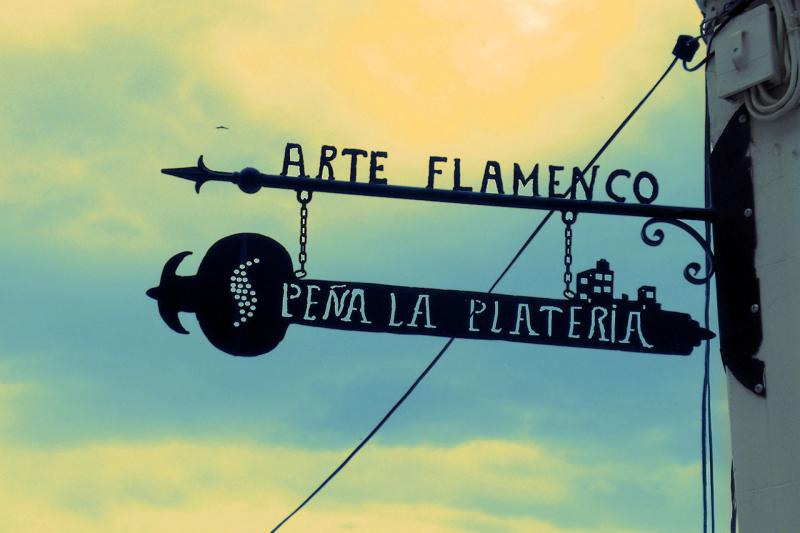 Much has been written, and contested, about the origins of flamenco which emerged as a genre only in the mid-19th century when it was ‘discovered’ by middle class audiences searching for the exoticism and romanticism of folk traditions. Its deeper roots are entwined with the music of gypsies and other marginalised groups. Its themes play on the highs and lows of human experience – love and loss, death and sorrow – reflecting the suffering of a population living in a region scarred by centuries of feudalism.

Flamenco is not universally popular in its country of origin where some see it as a relic of a more ‘backward’ Spain and ‘not really European’. Machin-Autenrieth writes in his introduction: “Many Spaniards I have met (from outside Andalusia) disregard and even detest the conflation of flamenco with Spanish-ness, viewing it as nothing more than an Andalusian-Gypsy tradition. Arguably, a similar process of appropriation is occurring within Andalusia, the tradition being developed by institutions and in the popular media as a definitive symbol of regional identity.”

In setting the context for his discussion, Machin-Autenrieth traces the recent history of flamenco which was repressed and then appropriated by the Franco regime. When the regime ended in the mid-1970s, Spain underwent a process of democratisation and decentralisation in which flamenco was a political tool, becoming a potent marker of the culture of Andalusia.  Its popularity may not be universal across the region but, by virtue of educational initiatives and a programme of festivals, all Andalusians are familiar with its distinctive style.

Music has a powerful cohesive effect on communities, and orally-based traditions in particular offer a voice to groups who might remain unheard. But when music is appropriated by institutions, its authenticity and relevance for local communities may be under threat. Concerns about the alleged commercialisation of flamenco are nothing new. Early in the 20th century, the poet Federico García Lorca and composer Manuel de Falla, both Andalusians themselves, emerged as champions for an art form which had gained negative stereotypes, and was under attack by antiflamenquistas intent on depicting flamenco as an outdated cultural phenomenon out of step with Spain’s European ambitions.

In recent years, however, flamenco has seen an increase in institutional support in a country where regional identity is high on the agenda. But institutional involvement in the arts can be counter-reproductive.  Making a point that could apply equally to other art forms, Machin-Autenrieth quotes the Spanish sociologist, Aix Gracia, who argues that “the affability with which the administrations treat flamenco in Andalusia, through ‘festivalisation’ and its preservation as a representation of identity, is also its biggest threat… I cannot resist the question: could this art die of success? Or more specifically, could it lose its autonomy?”

In exploring the question of artistic freedom, Machin-Autenrieth attended dozens of flamenco performances and interviewed many of those involved as artists and promoters. He describes the tensions that exist between the styles of flamenco approved by the heritage industry and forms out of favour with the dominant institutions.  Strength of feeling against the institutional development of flamenco led to the emergence of Flamenco es un derecho (Flamenco is a right), a protest movement that claims flamenco is a gift to humanity – but one over which Andalusians have a right. 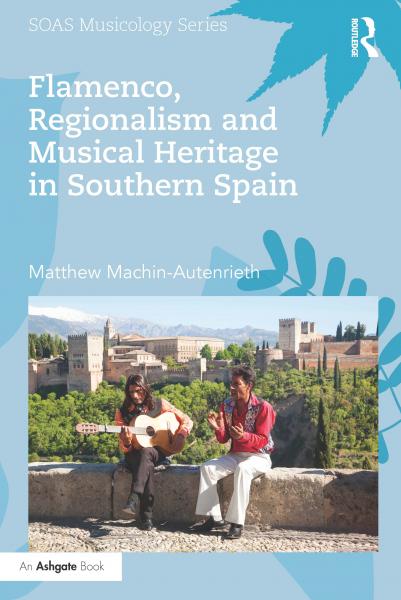 Much scholarly research on flamenco in Andalusia has focused on the role of three cities (Seville, Cadiz and Jerez) as the defining ‘golden triangle’ for its performance. As well as exploring the regional politics behind flamenco, Machin-Autenrieth looks beyond the ‘golden triangle’ to focus on flamenco in Granada, a city famous for its stunning Moorish architecture. Focusing on specific case studies, he explores the relevance of flamenco for local identity in Granada beyond its regional associations. The book provides an insight into the range of distinct contexts and styles in Granada that speak to a vibrant and historically-significant flamenco community.

Spanish identity, by virtue of the country’s history, is strongly local. To be Andalusian is to feel a strong sense of regional belonging, to be granadino or granadina (from Granada) is to have even stronger allegiance to a city with its own sense of history and tradition. With flamenco, a sense of locality splits even further into the competing styles performed in different clubs and venues. It is this richness of diversity, rather than adherence to proscribed authenticity, that will keep the genre moving forward.

Flamenco, Regionalism and Musical Heritage in Southern Spain is published by Routledge.