Sheep are smarter than we might think, with brains surprisingly similar to ours. These similarities are helping researchers to study a devastating and incurable infant brain disease.

When they don’t get their reward they’ll turn around and walk up to Nic, baa-ing, as though they’re saying ‘The apparatus isn’t working, go and sort it out’

“Shall we take one of the sheep for a walk?” asks Professor Jenny Morton before we head down to the farmyard.

This seems a strange question at first: we’re all familiar with sheep behaving with a flock mentality, unable to think for themselves. So much so, in fact, that ‘follow like a sheep’ is a commonly used, derogatory phrase in the English language.

Yet, on meeting the sheep, it is immediately clear that these are not just dumb animals. The individual characters portrayed in the animated film Shaun the Sheep might be closer to the truth. “These animals are really smart,” explains Morton, who leads a team in the Department of Physiology, Development and Neuroscience. “They all have their own personalities.”

Morton’s colleague Dr Nicholas Perentos lets Isabella, one of his sheep, out of her pen. She is excited to be out, but doesn’t bound off; rather, she follows Perentos closely at heel, like a Labrador following its master. Once outside, she runs up and down the farmyard, stopping ‘to say hello’ to other sheep before returning expectantly to her handler. “She’s definitely Nic’s sheep,” says Morton. “She knows who I am, but I’m not wearing my usual farm clothes today, so she’s a little wary of me.”

Morton and colleagues are studying the cognitive skills and behaviour of these sheep, using experiments adapted from those carried out with humans. A standard task they use is to give the sheep two options and measure their behaviour: choose option A and they receive pellets, choose B and they receive nothing.

Using electroencephalography (EEG), the researchers can measure patterns of electrical activity across the brain to see what is happening when the sheep make decisions. Recently, they have begun making measurements from deep inside the brain. “We can now record from individual neurons as they fire,” says Perentos. “This might be in response to a particular task or a decision they’re making, or it might be cells that ‘fire’ depending on where they are standing or which way they are turning.” The discovery of these location-specific cells in mice – so-called ‘place cells’ – last year won Professor John O’Keefe from University College London a Nobel Prize.

Once the animal knows the task, the researchers will reverse the choices: now option B gives the pellets, but nudging the lever for option A offers no reward. Rats, monkeys, sheep and humans all learn to switch; but, compared with rodents, sheep react very differently, explains Morton. “When they don’t get their reward they’ll turn around and walk up to Nic, baa-ing, as though they’re saying ‘The apparatus isn’t working, go and sort it out’.”

The sheep’s intelligence is one reason why Morton believes they are a useful animal to help us understand how the brain works. There are some practical reasons – their docile nature makes them easy to manage and their large body size means they can easily carry equipment such as GPS trackers in a harness on their backs, allowing researchers to measure their natural behaviour – but it is the size and structure of their brains that is key.

Sheep’s brains are much larger than those of rodents, similar in size to the brain of a rhesus macaque, and with the complex folds that are seen in primate brains. Crucially, their brains also have basal ganglia similar to ours – this is the area deep in the brain that, along with the cerebral cortex, is responsible for important functions such as the control of movement and ‘executive functions’ such as decision-making, learning and habit formation. It’s this latter facet that makes sheep a useful model for studying brain diseases such as Huntington’s disease and Batten disease that affect the basal ganglia and cerebral cortex. 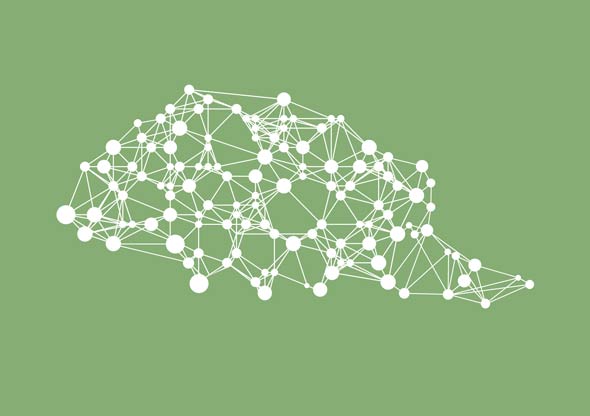 You may never have heard of Batten disease: it’s extremely rare, and only a handful of infants or children are diagnosed each year in the UK. It is a genetic disease caused when a child carries two copies of an aberrant gene – one copy from each parent. But it is also extremely serious – symptoms include progressive blindness, severe seizures and the loss of language, swallowing and motor skills. Death at a young age is inevitable and there is no cure.

Although Batten disease affects humans, it has never been seen in other primates. It does, however, occur naturally in sheep, though it’s unclear how common it is, as most farmed sheep are killed as lambs for human consumption. The disease was identified in sheep in New Zealand, and it is from these sheep that Morton’s animals were bred. Some of her sheep are imported, others are studied in New Zealand.

Batten disease is very similar in sheep and humans. At first, it is difficult to spot a Batten sheep, but after about a year, they begin to lose their eyesight and show unusual behaviour. After 18 months to two years, they show signs of dementia, often standing motionless in space, and can become agitated if handled by someone other than their usual handler.

Recording brain activity, particularly in areas such as the hippocampus, which is crucial for memory and learning, will give Morton and her team insights into what goes wrong in the disease in sheep. This is one step along the long path towards treating – even curing – the disease in humans.

There is no question that research using animals remains controversial. There are some who believe that animal research can never be justified. Morton has herself encountered extreme examples of such people in the past and has faced death threats because of her work. But she knows that her work is extremely important for the families of children with Batten disease.