The stirrings of a revolution are starting to ripple through hundreds of laboratories. It’s a revolution that aims to result in new medicines – faster and with fewer failures – and it’s being led by three UK universities and three global pharmaceutical companies.

The key is bringing together the skill sets, philosophies and expertise of those who discover with those who know what to do with that discovery.

Over the past year, a four-strong team has had over a hundred meetings with scientists at three UK universities. By the end of this year, they will probably have had another hundred.

The team is garnering the most comprehensive sense of what’s happening at the bench across three UK universities – Cambridge, Imperial College London and University College London (UCL) – that anyone has ever amassed. Their job is to identify research that has the greatest potential of making it all the way through to becoming a new medicine, and then to help this happen. This is Apollo Therapeutics.

Dr Richard Butt, who heads up the team, explains the drive behind their meetings: “We live in an age of rapidly escalating biomedical innovation – an age where the development of new medicines should be at an all-time high. But the number of new drugs being developed is largely static.”

In drug discovery, the period between getting promising results in an academic lab and receiving real interest from an investor or pharmaceutical company has been called the ‘Valley of Death’ – and not without good reason. Discovering and developing potential new medicines requires not just money but also expertise and the rapid delivery of industrial-type science. Most drug candidates succumb along the way, long before it’s possible to know whether they might have fulfilled an unmet medical need.

In January 2016, the tech transfer offices (TTOs) of Cambridge, Imperial College and UCL joined forces with three global pharmaceutical companies – AstraZeneca (AZ), GSK and Johnson & Johnson – to create a £40m collaboration called Apollo Therapeutics. Their aim is to streamline the academia-to-industry pipeline by “finding the best translatable science, funding it fast and running the right development programme to make it attractive to industry,” says Butt.

In effect, Apollo aims to maximise the chance that a potential drug will be developed from emerging basic science by investing in a state-of-the-art drug discovery programme that a pharma company will find attractive to license.

“The Apollo approach is wholly new and revolutionary,” says Dr Iain Thomas, Head of Life Sciences of Cambridge Enterprise (Cambridge’s TTO). “You could say that Apollo is building reassurance. The hardest part of our job at Cambridge Enterprise is selling really good technology to pharma. It relates to the psychology of buying – people don’t buy complicated stuff with lots of risk without a lot of analysis. Reassurance comes from being engaged with an opportunity for a long time.”

Engagement and partnership are at the heart of the Apollo model. First, Butt’s team speaks to the academics and TTOs of the universities to identify exciting prospects, before taking some of the ideas to the wider team of investors (each of the three companies and the TTOs). “As scientists, we will always be very happy to spend time engaging in discussions with any academic about their work. As drug discoverers, we’ve been very picky about what to take forward,” he says. “We filter very aggressively to maximise the chance of success.”

Once a project is selected for investment, Apollo and the academics work together to develop the discovery to a stage that will be attractive to a company to license and take further.

This work might take place in the academic’s laboratory, or in one of the pharma companies, or in a contract company. It might also take place at the Milner Therapeutics Institute – research laboratories that will open on the Cambridge Biomedical Campus in 2018 dedicated to fostering close collaborative interactions between academia and industry.

“The key is bringing together the skill sets, philosophies and expertise of those who discover with those who know what to do with that discovery,” says Dr Ian Tomlinson, Chair of Apollo. “We are all motivated by the goal of finding new medicines for patients.”

Tomlinson adds: “The conventional pipeline works like this: an academic does some great science, takes it as far as they are able to within the confines of the lab and then, if they want to take it further, either forms a spin-out or licenses to pharma. This still has its place, but it takes time and is costly. If Richard’s team brings the investment team an idea that looks good, Apollo can fund it and be working with the academic in a matter of weeks.”

Between them, Butt and his three colleagues have over 60 years of experience of the pharma industry. “We’ve been at the sharp end of drug discovery and failure,” he says. “We saw the boom of the late 80s/early 90s of drug approvals. And then genomics, high-throughput screening and a seeming wealth of targets led to the mindset of ‘we can scale this success’ – if we run three times more projects we’ll be three times more successful’. The basic biology almost ceased to matter. Projects were run that shouldn’t have been. R&D costs escalated but the output of new drugs flat-lined or even declined.

“Apollo is led by the science we see. The academic fully understands the biology and mechanisms of the disease target, and we understand the milestones that need to be overcome to become a medicine – drug discovery, formulation, toxicology, clinical trial design, regulators, business models.”

Already his team has identified eight projects across the three universities to receive Apollo funding. The first to be backed came out of a 20-year search by Dr Ravi Mahadeva at Cambridge’s Department of Medicine for a small molecule drug to treat Alpha-1 trypsin deficiency (AATD). AAT is a protein that normally protects the lungs. In AATD, a single genetic mutation causes it to aggregate in the liver and the resulting effects on the liver and lungs are disabling and ultimately fatal. There is currently no effective long-term treatment for the disease. 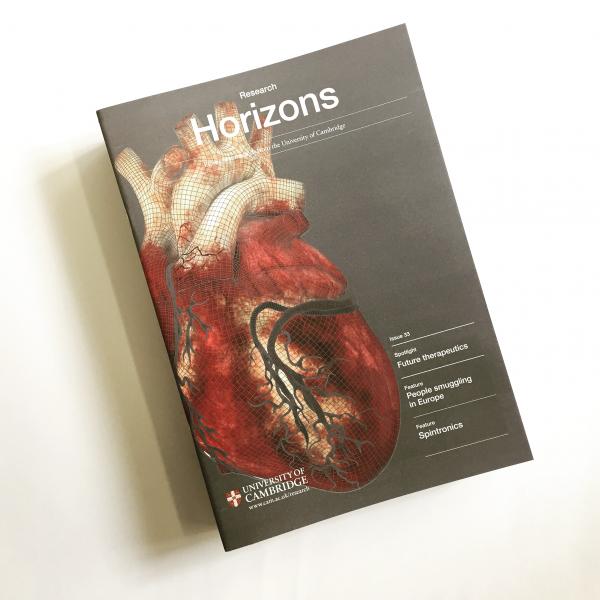 “Ravi came to us with an idea and some early compounds,” says Butt. “Quite simply, it wouldn’t have been picked up by a drug company based on the package that he had. We knew we could design a work package to generate more potent, more selective and more drug-like compounds, and create a package of data that pharma would find attractive.”

For Professor Randall Johnson, Apollo funds have meant that his research in Cambridge’s Department of Physiology, Development and Neuroscience has continued seamlessly through to a drug development programme without the stop-start of waiting for funding, licensing or forming a spin-out. “Randall was one of the first Cambridge academics I saw,” says Butt. “He was excited because he was about to publish a key publication on his genuinely novel work highly relevant to the emerging immune-oncology field. Before Randall’s Nature paper was published, we were already working on a project plan and made the commitment to collaborate on the project.

“Because we are embedded in the University and work closely with Cambridge Enterprise, we have fully confidential access to talk to any academic at any of the three universities. When we worked in pharma, it could take months simply to sit around a table and talk about science and look at data with academics.”

Further down the line, potential therapeutics developed from any of the Apollo-funded programmes will first be offered for licensing to AZ, GSK and Johnson & Johnson, and then more widely; the capital gain of any licensing agreements will be divided between the three universities and the three pharma investors. And the interaction with the companies is not just transactional. Each of them is also committing time, resources and expertise to help the projects that are approved for collaboration.

“The cost to license from us will be much lower than the sum cost to have done all that research internally,” says Tomlinson. “At a time when all the pharmas are cutting their costs and doing less R&D, this provides a different model that will be cost-effective to add potential drugs to their pipelines.

“There are very few totally new drugs every year. To get one of those, you’ve got to cast the net very wide and do everything you can to make the most of the opportunities.

“Apollo has the advantage of not being pigeonholed into working only on one disease or therapy area or limited by drug modality, as we would be if we were a pharma company. As a result, we don’t have to consider a ‘strategic fit’ – we’re simply following the best translatable science that should result in a higher success in getting new medicines to patients.” 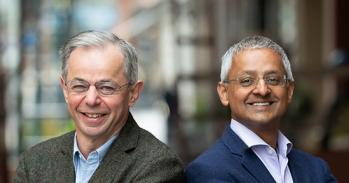