Opinion: What science can tell us about the ‘world’s largest sapphire’

Simon Redfern (Department of Earth Sciences) discusses how the "Star of Adam" sapphire was formed in the highlands of Sri Lanka.

The “Star of Adam”, recently found in a mine in Sri Lanka, is believed to be the biggest sapphire ever discovered. It weighs in at over 1,404 carats, that’s around 280g or just under ten ounces. But what do we know about the formation of this remarkable gemstone – and how could it grow so huge?

Sapphire is a bright blue gem mineral and a form of corundum (aluminium oxide), the hard gritty stuff used as an abrasive in emery paper. It is incredibly hard – a fact important in understanding its occurrence in places like the Sri Lankan mines.

Sapphire is a type of “dirty” corundum. If you add just a trace of iron and titanium to the mixture of aluminium and oxygen from which the corundum is growing, it forms as sapphire. (If you add chromium to the corundum as it grows then you will get a ruby – Sri Lanka is also famous for its rubies).

The Star of Adam sapphire is an example of a “star sapphire”. When you look at it it appears to have a six-pointed star inside, which shines out from the gem and is due to reflections of light from tiny whisker-like crystals of rutile (a titanium-dioxide mineral) that were trapped within the sapphire crystal as it grew.

The stone was found in the Ratnapura mines in the south of the country, about 100km south-east of the capital, Colombo. Ratnapura is Singhalese for “gem town” and Sri Lanka has been known for its gem deposits for more than 2,000 years. It seems likely that Sinbad’s “Valley of Gems” in the Tales of the Arabian Nights is a reference to the Ratnapura area. In 1292, Marco Polo wrote: “The Island of Ceylon is, for its size, the finest island in the world, and from its streams come rubies, sapphires, topaz, amethyst and garnet."

The gems of Ratnapura are found in ancient river sediments – old river beds that are now covered with more layers of mud and sand in an area that is largely given over to paddy fields. The hard gem minerals, sapphires, rubies, spinels and garnets, were long ago weathered and eroded from the nearby highlands. Because of their hardness they survived as large pebbles and crystals, eroded out of the rocks where they first formed, and transported down the rivers which acted like a natural panning system. River-borne (alluvial) gold and diamonds are often sorted and concentrated in river sands by similar processes, elsewhere on the globe.

On their journey along the river the softer rocks from the highlands would have been worn down into mud and fine sand, but the harder minerals survive better, and retain their size and often their shape. The average annual rainfall for the island is more than 2,000mm, and the tropical weather means that the erosion and weathering of the highland mountains is even more accelerated.

Ratnapura is in the “wet zone” of the island. Its gem-bearing gravels have yielded a number of historic gemstones, possibly including a 400-carat red spinel given to Catherine the Great of Russia, and a giant oval-cut spinel, known as the “Black Prince Ruby” (it was mistakenly identified as a ruby), which features in the British Queen’s imperial state crown.

The Star of Adam sapphire would originally have been created within rocks and granites of the Sri Lankan highlands. The granites, which form when molten magma cools and becomes solid, have been dated as almost two billion years old, and were subsequently squeezed and re-worked in a massive mountain-building episode due to tectonic churning of the Earth’s crust that happened more than 500m years ago.

Temperatures and pressures deep within the roots of these mountains would have reached more than 900˚C and over 9,000 atmospheres pressure during this event. The sapphire could have formed either within the granite, as part of a rock type called a pegmatite, or within the younger rock created by pressurisation and heating.

In either case the temperatures and pressures would have changed only very slowly over millions and millions of years, and this is how the crystal was able to grow so big. Once formed, the mountains that it sat within would have been eroded and uplifted, and so it was brought to the surface, picked out of the rock by the forces of rain and weathering, and transported down river to the gem sands of Ratnapura. Today it sits in the hands of a private owner. 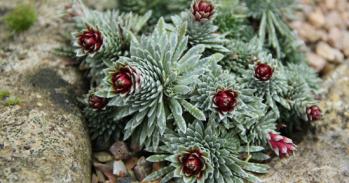 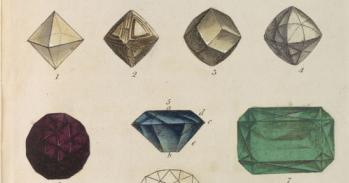 Going underground: Cambridge digs into the history of geology with landmark exhibition 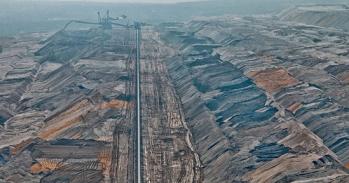 Opinion: Worthless mining waste could suck CO₂ out of the atmosphere and reverse emissions 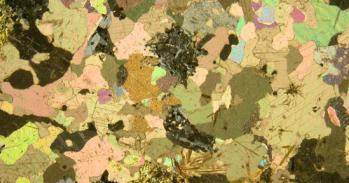 The Star of Adam