Opinion: Brexit and the importance of languages for Britain #5

In the fifth of a new series of comment pieces written by linguists at Cambridge, Dr John Gallagher, historian of early modern Europe, argues that Britain should look to its past to rediscover the importance of language learning.

To say ‘This is England, we speak English’ has always been historically ignorant. What better way to show hope for the future than to learn to communicate with a wider world.

The Elizabethan teacher and translator John Florio wasn’t the sort of person who sugar-coated his opinions. In 1578, he complained about the Englishmen he saw in the company of foreigners, ‘who can neither speak, nor understand with them, but stands as one mute’ – this poor monoglot Englishman is ‘mocked of them, and despised of all’. ‘What a shame is that?’ asks Florio – ‘what a reproach to his parents? what a loss to him? and what heart’s grief to think thereon?’ Florio’s England is not ours, but his exasperation might sound familiar.
When I tell people that I study the history of foreign-language learning in England, they often ask whether the English ever learnt other languages at all. Our idea of the English as a monoglot nation, though, is a modern one – Florio lived in an era long before English was an international lingua franca, when anyone who wanted to trade or to travel had to become a language-learner. Even English merchants, he wrote, had no use for English when they were out of the country: ‘it liketh them not, and they do not speak it’.
Do we, in post-Referendum Britain, have anything to learn from Florio’s England? Well, I've just read a report about sixth-form colleges dropping modern foreign languages – like Florio’s monoglot Englishmen, we risk not stepping up to the challenges of a multilingual world. If we think only English is enough, and we allow foreign languages to wither and die in all but the wealthiest and most exclusive schools, we impoverish ourselves – literally, by restricting our ability to speak and do business with the wider world, and more broadly, by closing our ears and our minds to the languages and literatures of other nations.
The arguments for language-learning after Brexit aren’t simply economic. A few years after Florio’s words were written, two men – the glassmaker Marcantonio Bassano and the weaver Valentine Wood – were walking near Aldgate in London. They passed by a group of soldiers who heard Marcantonio utter some words in Italian, and responded threateningly; they would later claim that they had taken his language for Spanish, and thought that his words were the insults of a Catholic enemy of the English state. A brawl broke out between the parties, and Marcantonio only narrowly escaped with his life.
Reading back over the documents of the investigation that followed, it’s hard for me to shake the thought of how people have been assaulted in the street – here, in Britain, in 2016 – for speaking foreign languages. Migrants living in Britain have reported being unwilling to speak their native language when out and about, for fear of drawing the wrong kind of attention.
When, seven years ago, I started to research the history of language-learning in early modern England, I never thought of my work as politically relevant. Today, looking at how the teaching and learning of languages is under threat, how multilingualism can be stigmatised, and how Britain’s place in the world is changing radically – and not necessarily for the better – I’m coming to see how the questions addressed by Florio and his contemporaries were central to a debate about what kind of country their England was. They challenge us, too: as Britain embarks into the unknown, do English-speakers want to ‘stand as one mute’, tongue-tied and embarrased, or to become language-learners again?
To say ‘This is England, we speak English’ has always been historically ignorant. What better way to show openness to the world, hope for the future, and solidarity with the people of an international Britain, than to learn to speak, listen, and communicate with a wider world?
This series also includes contributions by Professor Sarah Colvin, Dr Heather Inwood, Jocelyn Wyburd and Professor Wendy Ayres-Bennett.

The University of Cambridge offers undergraduate courses in Modern and Medieval Languages; History and Modern Languages; Asian and Middle Eastern Studies;Linguistics; Classics and Anglo-Saxon, Norse, and Celtic.
Inspiring events for prospective students for these subjects are run by the University and the Cambridge Colleges throughout the year:
More information and advice for prospective students and teachers of Modern Languages and Asian and Middle Eastern Studies
Upcoming events organised by The University of Cambridge Language Centre are listed here
More information about Cambridge's Widening Participation programmes is available here 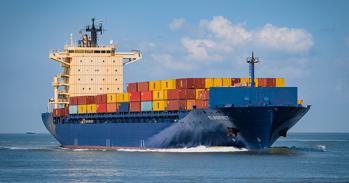