Opinion: Brexit and the importance of languages for Britain #4

In the fourth of a new series of comment pieces written by linguists at Cambridge, Wendy Ayres-Bennett, Professor of French Philology and Linguistics, argues that the UK Government needs a coherent policy on languages as the country prepares to leave the EU.

Languages are central to many of the key issues of our time, including national security, diplomacy and conflict resolution, community and social cohesion, migration and identity.

Cambridge, in partnership with the Universities of Edinburgh, Nottingham and Queen’s Belfast, has recently been awarded a major AHRC grant under the Open World Research Initiative to promote modern languages in the UK. The project, Multilingualism: Empowering Individuals, Transforming Societies, which will look not just at modern language learning but also at the role and value of the community and heritage languages of the UK, has a strong policy dimension.
Whereas questions of language policy have long been at the heart of French Government thinking, for instance, with legislation and policies to protect the French language at home and to promote it internationally, the UK lacks a coherent policy on languages and champions for languages either at ministerial level or within Whitehall. The Scottish Government is to be applauded for adopting the EU’s policy that everyone should speak their mother tongue plus two other languages, yet there are serious concerns about its implementation, not least in the light of severe shortages of trained modern languages teachers.
One of the major themes of the project will be the role of languages in social cohesion, a theme which has gained renewed urgency in the light of the Brexit vote. Multilingualism can clearly benefit individuals, enhance communities and enrich cultures. But there is a real danger that it can be perceived as diluting culture, dividing communities and fragmenting societies, as is evident in some of the areas we have chosen for our case studies: Catalonia, the Ukraine and Northern Ireland.
In Northern Ireland, for instance, language policy has been developed within the context of a fractured community, and the heritage languages of the two major ethnic communities are treated as a separate political issue to that of modern foreign languages. Yet, there are positive signs as to how language learning can promote social cohesion and peace-building.
The team will be working with Co-Operation Ireland (the all-island peace-building charity) and particularly its LEGaSI project which seeks to develop leadership skills and confidence in disenfranchised loyalist communities. The alienation of these two communities from Irish language and culture is being tackled in two ways: first, through the study of place names. In showing that Irish is part of the shared ‘linguistic landscape’ of Northern Ireland, greater awareness of the rootedness of the linguistic traditions is promoted across the whole community. Empowerment of loyalist communities, including former paramilitaries, is also being facilitated through language training in Irish. This allows them to feel some ownership of the language as well as developing the soft diplomatic skills which will help them to negotiate respectfully across the community divide.
Learning modern languages, then, is not just about being able to order a coffee in a Parisian café. Languages are central to many of the key issues of our time, including national security, diplomacy and conflict resolution, community and social cohesion, migration and identity. Understanding linguistic and cultural diversity, which comes with learning modern languages, is important not just for individuals, but also for developing more effective and respectful policy.
Professor Ayres-Bennett is the co-author of the University’s 2016 report The Value of Languages which makes the case for a UK Government strategy on languages across a number of fronts including business, education and diplomacy. On 17th October 2016, the All Party Parliamentary Group on Modern Languages welcomed the report's contribution and called on the Government to make language education a key policy issue.

The University of Cambridge offers undergraduate courses in Modern and Medieval Languages; History and Modern Languages; Asian and Middle Eastern Studies;Linguistics; Classics and Anglo-Saxon, Norse, and Celtic.
Inspiring events for prospective students for these subjects are run by the University and the Cambridge Colleges throughout the year:
More information and advice for prospective students and teachers of ModernLanguages and Asian and Middle Eastern Studies
Upcoming events organised by The University of Cambridge Language Centre are listed here
More information about Cambridge's Widening Participation programmes is available here 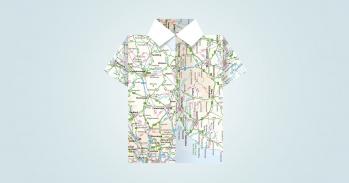 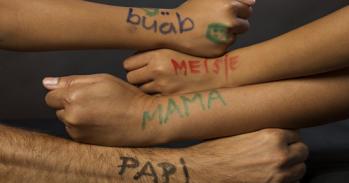 Who wants to talk?

Credit: Who wants to talk?