How science and innovation are helping tackle COVID-19 testing

In April 2020, the University of Cambridge joined forces with AstraZeneca and GSK to create the Cambridge Testing Centre to boost the UK’s COVID-19 testing capabilities through innovation and cutting-edge technology.

The University has been able to share its world-leading research expertise with the innovation and robotics know-how from its two pharmaceutical partners to create a new, high-throughput centre at our rapidly repurposed Anne McLaren Building.

Working together at speed

Forming a collaboration between the University, AstraZeneca and GSK and the rapid creation of a state-of-the-art testing facility has been a huge undertaking and is testament not only to the strength of life science in the UK, but particularly to the work happening in the life sciences cluster in Cambridge.

The Cambridge Testing Centre is a real endeavour of partnership and ingenuity and is just one example of how organisations across the life sciences sector are working together to advance healthcare and science.

Hundreds of volunteers were recruited and trained from across the three organisations to get the Centre up and running, including researchers from the University. Each volunteer stepped forward at a time of national crisis with their own reasons for wanting to contribute to the COVID-19 testing programme.

Innovative robotics and automation were installed and an entire supply chain was sourced and implemented to ensure the testing facility was both resilient and highly effective. All of this was done in just five weeks, an operation which would usually take six months

The Centre – which soon after its launch was brought into the Government’s national diagnostic lab network – is a real example of collaboration at its best, combining the drug discovery and technology expertise of the two pharmaceutical partners with the University’s leading interdisciplinary research capabilities.

There has also been a significant contribution from a number of other British partners including Primerdesign and Bigneat, ensuring the supply of reagents and technology could meet testing needs. Teams from each of these companies stepped in to help set up the Centre, sharing expertise and mobilising people and equipment to help get the facility operational in record time.

Sir Mene Pangalos, Executive Vice President, BioPharmaceuticals R&D, said: “We are delighted to have been able to set up both an unprecedented partnership and a state-of-the-art testing facility at speed with robotic and automation innovation at its heart. COVID-19 has posed a major challenge for the healthcare and science sectors which is why partnering with other organisations means we can continually push the boundaries of what is possible.”

Everyone at the Cambridge Testing Centre has been using their combined expertise and innovation know-how to create a highly efficient and effective laboratory. From day one, work has focused on streamlining the testing process. Combining molecular biology expertise with automation has led to a step-change in the testing process.

An innovative new COVID-19 test was also specifically designed and created for the Centre with a team from Primerdesign, part of the international diagnostics company Novacyt. The technique can be used across a number of different testing platforms to determine the presence of COVID-19 in a sample which creates a more rapid testing process.

Robots have also been installed both for RNA extraction and to automate a crucial but labour-intensive part of sample handling preparation process which improves sample integrity, ensures consistent data and reduces the man-hours required to process each sample. Before the Centre was set up, there were 13 of these robots across the UK. Now there are 14 in the Cambridge Testing Centre alone.

Three of the robots handle potentially infectious samples so are placed in individual, specialised enclosures, allowing scientists to monitor the tests without ever coming in to contact with the virus. UK company Bigneat worked double shifts and 20-hour days to design, build and install these vital new enclosures which are individually created to fit the exact requirements of where they are located, doing in a week what would normally take six.

Tony Wood, Senior Vice President, Medicinal Science & Technology, GSK said: “The innovations introduced at the Cambridge Testing Centre have been made possible by the world-class expertise of everyone involved from across the partnership. Every improvement made drives efficiency and ensures a rigorous and robust testing system is in place for now and in the future.”

We wish to extend our enormous thanks to the volunteers from across the University and the pharmaceutical partners for their immense support, as many of them start to transition back to their critical roles in scientific research in the coming months.

The Centre is now transitioning to a directly employed workforce who will be trained to continue delivering this testing capability. Charles River Laboratories will manage more than 200 full-time scientists now being recruited to support the continued lab operation, which will remain at the Anne McLaren Building at the University and be overseen by AstraZeneca.

The testing innovation and improvements developed at the Cambridge Testing Centre will help form a strong foundation for a robust and sustainable diagnostics network in the UK. The impact of the work at the Centre, along with the combined efforts of the network of Lighthouse Labs, is expected to be long-lasting, contributing to the nation’s COVID-19 recovery strategy.

Chris Abell, Pro-Vice-Chancellor for Research and Professor of Biological Chemistry, University of Cambridge, said: “Our hope is that the innovation implemented at this Centre will support longer-term efforts to provide the strong foundations needed to ensure a resilient rapid diagnostics capability in the UK which is future-proof and robust.” 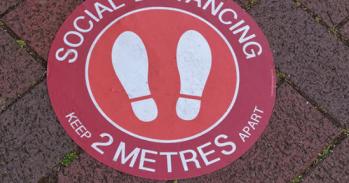 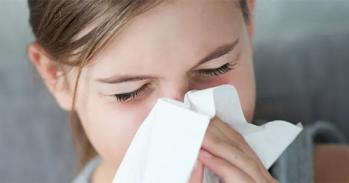 Does the common cold protect you from COVID? 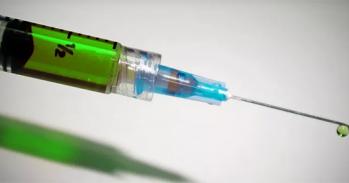