From fictional wizardry to stressing over studies, the winners of the My Cam short film competition display the diversity of Cambridge life. See the films here.

A Cambridge-themed Harry Potter homage, the pain and pleasure of studying, and life at Newnham College all feature in the winning entries of the My Cam short film competition. The University teamed up with Watersprite student film festival to run My Cam, which was open to staff, students, alumni and local residents. The aim of the competition was to entice members of the University and citywide community to submit films about any aspect, real or imagined, of life at the University. Entries were divided into two categories: fiction and snapshot.

Two industry experts and Cambridge alums kindly agreed to judge the competition. Chris Weitz is a successful director and screenwriter who has been at the helm of some of the most popular films of recent times, including About a Boy, Twilight: New Moon and The Golden Compass. Brian Woods is an award-winning documentary film maker and producer who has been responsible for some of the most highly regarded documentaries of the last 20 years, including The Dying Rooms and Zimbabwe’s Forgotten Children.

The winner of the fiction category is Dominic Halford, a local resident whose short film ‘Cambridge and the College Hallows’ weaves University folklore into a spoof film trailer that evokes the wizardry of Harry Potter. “The film is designed to tap into popular culture and present existing stories of Cambridge in an eye-catching way” says Halford. “There are plenty of details to be spotted by those familiar with Cambridge and the stories it holds.”

The film was a unanimous winner for both judges and drew a great deal of praise. Chris Weitz said: “Dominic’s film shows a terrific ability to push great effects out of the current technology without going overboard. The cinematography is very well executed, the animation clean and compelling, and I like the pulling together of little pieces of Cambridge myths.” Brian Woods added: “Absolutely stunning special effects, very definitely up to a professional standard. A lovely idea, beautifully realised, and a very worthy winner. Dominic clearly has a bright future in the special effects industry, if not as a director in his own right. David Yates should be looking over his shoulder!”

The snapshot strand of the competition proved more divisive, and ultimately two very different films share the prize for this category. Cambridge student Jeremy Evans shot the film ‘Study/break’ on a pocket-size, handheld camera depicting the frustration of studying followed by the sense of relief when a paper is handed in. The judges highlighted the sense of urgency and narrative, with Brian Woods adding: “Nice ideas visually and some real tension - really good use of music too.”

The other snapshot film, ‘Newnham College student life’, was produced by Paula Brown, Zheko Georgieu, and Mary Beth Kinsey, film students from Anglia Ruskin University. Part of an original commission for Newnham College, the film goes behind the scenes of daily life at the College to show the student community and the support offered through the collegiate system in Cambridge. Both judges said the film was very well produced, with Chris Weitz adding: “I loved this one; the mastery of various styles of shooting, editing and pacing was impressive. One could sense a genuine love for the place, which was reflected in the camerawork and editing.”

The winners will receive a cash prize, along with a lunch at BAFTA with its former Chair and television producer Hilary Bevan-Jones, who is also the Patron of Watersprite.

There will be a networking and screening event tonight at Emmaunel College, beginning at 7.30pm in the Queen’s Building, which will also see the submissions launch for the next Watersprite student film festival. The event is part of the Festival of Ideas and open to all.

The next Watersprite student film festival takes place between 24 – 26 February 2012. To find out more about Watersprite, visit the website. 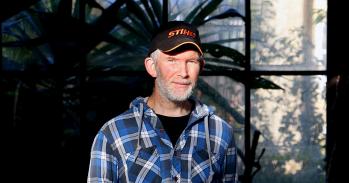 The grateful gardener who brought Apocalypse Now to a flowerbed