Kenneth Armstrong, Professor of EU law, explains why discussions about UK membership of Euratom are a bellwether for wider Brexit negotiations

Any attempt to remain in Euratom would beg the question whether the Article 50 letter can be subsequently amended or, indeed, revoked.

The European Atomic Energy Community (Euratom) has become a focal point for the Brexit debate in the UK. The UK’s departure from this organisation does not simply raise important questions about the future supply and use of radioactive materials in hospitals. It also dramatises wider debates about the need for transitional arrangements when the withdrawal negotiations are completed, and whether the UK’s ‘Article 50’ withdrawal letter can be revoked.

The United Kingdom is withdrawing not just from the treaties that establish the European Union, but also the 1957 treaty establishing the European Atomic Energy Community (Euratom). Euratom provides the legal framework for the European nuclear energy industry on issues like the handling of nuclear waste and the decommissioning of nuclear power plants, as well as promoting international cooperation on nuclear issues with the USA, Canada and Japan. But Euratom also regulates the wider use of radioactive materials, including their use by the medical profession for the diagnosis and treatment of medical conditions such as cancer.

Although Euratom is governed by a separate treaty, it is EU institutions and EU agencies that provide the administrative and judicial framework for its application and enforcement.

In her March ‘Article 50’ letter to European Council President, Donald Tusk, the Prime Minister Theresa May notified the EU of the UK’s intention to withdraw not just from the treaties establishing the EU, but also from Euratom. That leaves open not just the issue of how the nuclear industry will be regulated in the UK in the future, but also how European and international cooperation for the safe movement, supply and use of radioactive material will be secured. Understandably, some worry about the UK leaving the EU without an appropriate replacement legal framework in place and there have been calls from different quarters for transitional arrangements to be in place. Rather late in the day, there now seems to be an acceptance within government that transitional frameworks will be needed to secure an orderly Brexit.

Yet for some Brexit supporters, the risk of a transitional framework is that it might be a way of avoiding Brexit, or at least prolonging the jurisdiction of the European Court of Justice –a ‘red line’ for many. It is worth noting that the Court has delivered only a handful of rulings involving Euratom and the UK, relating primarily to its implementation of directives to protect workers against exposure to radiation. After Brexit, regulation and enforcement activities will be transferred to national institutions.

However, there have been calls for the UK to remain within Euratom, with the UK Parliament set to debate the issue on 12 July. The problem is that the UK has already notified its intention to withdraw from the Euratom Treaty. Any attempt to remain in Euratom would beg the question whether the Article 50 letter can be subsequently amended or indeed, revoked.

The wording of Article 50 does not tell us whether amendment or revocation is possible. A European Commission Press Release does state that notification is a ‘point of no return’ and does not provide for ‘unilateral withdrawal of notification’. This is simply the opinion of the Commission and has no binding legal quality. Only the Court of Justice can decide this question. And there is legal opinion which considers that notification is open to revocation, including without the consent of the other EU governments.

The important point is that if it is possible for the UK to change its mind on Euratom, it can change its mind on Brexit. The same Article 50 process applies to both. But beyond the legal questions, the difficulties thrown up by withdrawal from Euratom are not any different from those of leaving the EU more generally. The debate about leaving Euratom may become a catalyst for a wider reflection on the real costs and benefits of Brexit.

Kenneth Armstrong’s book, Brexit Time – Leaving the EU: Why, How and When? published by Cambridge University Press is out now. 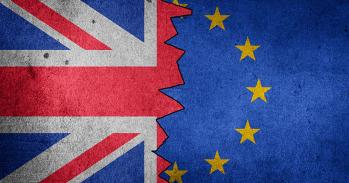