We are currently experiencing the largest mass migration since WWII, with over 59 million people displaced worldwide due to conflict, persecution or violations to their human rights.  Nearly one in four of these displaced individuals are girls who are at increased risk of violence, poverty and child marriage.

As part of an innovative initiative to educate displaced girls to counter these devastating effects, University of Cambridge together with the Georgetown Institute of Women, Peace and Security spearheaded a gathering of some of the world’s leading experts last week. The aim of the meeting was to develop a research agenda that will provide policymakers with the information they need to make evidence-based policy decisions on improving education for girls affected by conflict, particularly those who are forced to flee their homes.

The meeting was in support of commitments made by the US and UK for an initiative called Let Girls Learn that was launched in March by US First Lady Michelle Obama to increase access to education and enhance learning for girls around the world. As a critical part of the initiative, last week’s meeting focused on girls who have been displaced by conflict, identifying the gaps where research is most needed and exploring ways to address the issues facing this vulnerable population.

Now, with the world’s media focused on the Syrian refugee crisis, the complicated, heartbreaking fate of the worlds’ refugees has been brought to the fore of public consciousness.  Syrian refugees, however, are only a portion of the tens of millions escaping their respective homelands, with many coming from other poverty and conflict stricken countries, to include Somalia and Afghanistan. Displaced for years, if not decades, many children face the prospects of growing up in countries which themselves face over-stretched education systems, such as Jordan, Kenya and Pakistan. Adolescent girls are particularly vulnerable because of an increased risk of poverty, sexual violence and early marriage. As a result, only around one in four refugee adolescents are in secondary school, with girls most likely to be out of school.

Participants at the meeting agreed that there was a need for a stronger evidence-base focused on the education needs of adolescent girls, including in protracted crisis situations. This is both important to fulfill their right to education, but also as means to promote social cohesion and combat extremism through education.

University of Cambridge Vice Chancellor Leszek Borysiewicz, himself the child of Polish immigrants, led the meeting along with Ambassador Melanne Verveer, from the Georgetown Institute for Women, Peace and Security. Remarking on the fact that policymakers need compelling, actionable evidence if they are to prioritize funding education over other pressing issues facing refugees, Vice Chancellor Borysiewicz said: “Girls’ education matters wherever you are in the world, and is one of the best investments that governments can make. In refugee settings, education needs to be seen as a key part of the response by humanitarian and development agencies. However, it competes with many other pressing priorities – including food, shelter and healthcare. Funders will need clear evidence on how education programmes can be implemented effectively, so that they will actually make a difference on the ground.”

Professor Pauline Rose, who leads the Research for Equitable Access and Learning (REAL) Centre at the University of Cambridge, and is leading the partnership on Cambridge’s behalf, explains the importance of overcoming barriers to girls’ education in conflict settings, saying, “It is vital that we smooth disrupted transitions that adolescent girls face in their education journey in conflict-affected settings – this means addressing the obstacles these girls face from home to school, and from school to work. We urgently need a stronger evidence-base to guide policymakers in making sure these girls are not denied their right to education and can support social cohesion for future generations.” 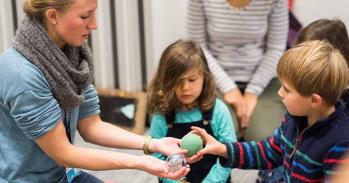