Dr Jessica Gardner has been revealed as the new Librarian of Cambridge University Library – becoming the second female in the history of the institution to hold the role.

It will be an honour to join Cambridge and to lead one of the world’s great research and copyright libraries.

Dr Gardner said: “I am delighted to have been elected as Cambridge University’s Librarian and to have the opportunity to build on the success of a long line, over 600 years, of my predecessors, most recently the wonderful Anne Jarvis.

“It will be an honour to join Cambridge and to lead one of the world’s great research and copyright libraries, rich with world heritage treasures.”

This year (2016) marks the 600th anniversary of the first mention of Cambridge University Library. Older than the British Library and the Vatican Library, it was first mentioned by name in two wills dated March 1416 – with its most valuable contents stored in a wooden chest. Today, the Library is home to eight million books, journals, maps and magazines, as well as some of the world’s most iconic scientific, literary and cultural treasures.

Its priceless collections include Newton’s own annotated copy of Principia Mathematica, Darwin’s papers on evolution, 3000-year-old Chinese oracle bones and the earliest reliable text for 20 of Shakespeare’s plays (First Folio).

Earlier this year, a spectacular exhibition, Lines of Thought, put on display some of the most valuable, rare and important books and artefacts in the collections, attracting record audiences and interest from around the world.

Since 1710, the Library has also been entitled to one copy of each and every publication in the UK and Ireland under Legal Deposit. With two million of its volumes on open display, readers have the largest open-access collection in Europe immediately available to them.

Cambridge University Library’s current exhibition – Curious Objects – takes a sideways look at the 600-year-old institution, showcasing its collection of weird and wonderful non-book items such as ectoplasm and paintings from Pompeii.

Acting University Librarian, Professor Chris Young, said: “Dr Jessica Gardner’s experience, knowledge, vision and warmth make her an exceptionally qualified candidate to lead Cambridge University Library. It has been a privilege to steer this extraordinary institution through this time of transition, and I am delighted to know I will be handing over to someone as capable as Dr Gardner.

“In my role as Deputy Head of the School of Arts and Humanities, I look forward to working with her to create closer links between the treasures of Cambridge University Library and the outstanding research happening across the University.”

Dr Gardner added “The collections held by Cambridge span more than 4,000 years of recorded human thought. I’ll want to develop a shared vision with staff and students of the University to help build the Library’s global profile for its leading role in collection, shaping, preserving and inspiring world knowledge.” 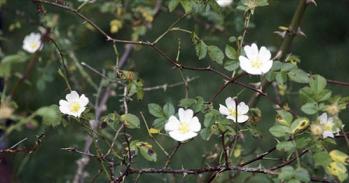 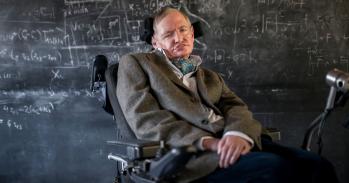 Hawking Archive saved for the nation