A new Professorship designed to help improve people’s understanding of the mathematics of risk is being established at the University of Cambridge.

A new Professorship designed to help improve people’s understanding of the mathematics of risk is being established at the University of Cambridge.

The new Winton Professor of the Public Understanding of Risk will seek to help individuals, institutions and government refine their decisions in risky situations.

Risk is a factor in all human activity and different people react to risks in very different ways. Questions requiring a scientific ability to assess the chances of something happening - or not happening - arise all the time. Here are some examples:

• Following the poisoning of the Russian ex-spy Alexander Litvinenko, traces of polonium-210 were found at various locations in London that he had visited. Statistically, how probable is it that someone who visited the same locations at a later stage would contract radiation poisoning?

• An apparently healthy woman is judged to be at risk of breast cancer and is advised to undergo mastectomy. Should she do so?

• A person has to cross a main road to reach the shops. Should (s)he walk straight across the road, or use an available footbridge instead?

• How sensible would it be for me to invest in the stock market today? Might delaying improve my prospects greatly?

• A 29-year-old man decides to marry his girlfriend of three years. What is the chance that he will meet a more suitable partner at a later stage?

As these examples show, risks need to be considered in both the most ordinary of situations, and in high-pressure environments. Risk assessment is often based on analysis of data, but there is always a danger that statistics can be abused. Expert evidence in courts has been subjected to close scrutiny in recent high-profile cases such as the prosecution in the USA of OJ Simpson, and the cases of SIDS (sudden infant death syndrome) in the UK.

"The way to confront risk is via mathematics and statistics," Professor Geoffrey Grimmett, head of the Department of Pure Mathematics and Mathematical Statistics, said. "This new Professorship will enable Cambridge to play an important role in clarifying the understanding of risk in many fields of human endeavour. It will strengthen our ability to reach out beyond Cambridge to government and the public alike."

The new Winton Professorship has been created in perpetuity in the Statistical Laboratory of Cambridge University, thanks to a £3.3 million donation from The Winton Charitable Foundation. David Harding, a Cambridge alumnus and Managing Director of Winton Capital Management, a London-based hedge fund, is a Trustee of the Foundation.

"My time at Cambridge studying Natural Sciences showed me the importance of accuracy in empirical information and its interpretation," he said. "This has been a key factor in my career in finance and is highly relevant to our awareness of the risks that affect us in our everyday lives. I am delighted to make a contribution to public debate and policy by helping create this new position at Cambridge."

Professor Alison Richard, Vice-Chancellor of the University of Cambridge, said: "The Winton Charitable Foundation has been wonderfully generous in its support of the Cambridge 800th Anniversary Campaign. Endowed positions such as the Winton Professorship are of very special value to the University and I look forward to appointing the inaugural holder of this major new post." 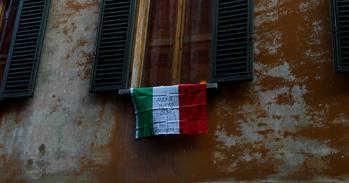 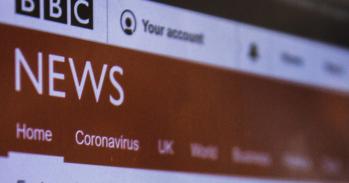