A US Congressional delegation on ageing and dementia policy visited the University of Cambridge this week to hear about UK research into one of the biggest healthcare challenges facing both the UK and US.

The meetings will further the aims of President Obama and Prime Minister Cameron in ensuring that people with dementia are detected early and receive the best possible treatments and management currently available.

The delegation was timed to build on the momentum generated by the G8 Dementia Summit, which took place in London in December 2013.

It included Congresswoman Lois Frankel, Congresswoman Doris Matsui, Rima Cohen, Counselor for Health Policy to the US Secretary of Health and Human Services, and Dr David Reuben, Director of the Multicampus Programme in Geriatrics Medicine at the University of California, Los Angeles (UCLA) Center for Health Sciences.

The purpose of the trip was to deepen understanding of the ways in which US and UK policymakers and healthcare leaders can jointly address the escalating challenge that the ageing population and specifically Alzheimer’s disease poses to our global society.

Delegates participated in a roundtable discussion on dementia research and Cambridge Cognition’s development of a new electronic iPad device which can assess cognition function. This was led by Barbara Sahakian, Professor of Clinical Neuropsychology and President of the British Association for Psychopharmacology.

In the afternoon, they took part in another roundtable on the public health impact of dementia, led by Professor Carol Brayne, Director, Institute of Public Health. Professor Brayne’s research programme is based on longitudinal population based studies of people aged 65 and above and has been running since 1985. She has been involved in US-UK exchanges between the University of Cambridge and the University of North Carolina at Chapel Hill.

In the evening they had dinner with Cambridge academics, including Professor Sahakian, Professor Chris Dobson, Master of St John’s, Professor of Chemical and Structural Biology and a leading Alzheimer’s expert, and Dr James Rowe, a clinical neuroscientist specialising in neurodegenerative disease.

During their four-day stay in the UK the delegation also met Secretary of State for Health Jeremy Hunt, Norman Lamb, Minister for State for Care and Support, Hazel Blears, former Secretary of State for Communities and Local Government, Sir Mark Walport, Chief Scientific Advisor to Her Majesty’s Government, senior health policy officials from the Department of Health and NHS and members of the All-Party Parliamentary Group on Dementia.

The delegation was led by Dr Lindsay Chura, a former Gates Cambridge Scholar who is now a Senior Policy Advisor in Science and Innovation at the British Embassy in Washington.

Chura, who did her PhD in the Department of Psychiatry said: “Through participation in this delegation it is hoped that delegates will develop new perspective on the multifaceted ways in which policymakers from the US and UK can work together to address shifting age demographics through public policy, urban planning, and biomedical research.

“A list of follow-up actions from conversations between US and UK officials was compiled that will advance the Prime Minister’s Dementia Challenge  and the Declaration signed at the G8 Summit on Dementia.”

Professor Sahakian added: "Prime Minister David Cameron has been a champion of early diagnosis and early effective treatment and management for people with Alzheimer's disease, as seen from his March 2012 and December 2013 G8 speeches on dementia. The meetings between the USA Congressional Delegation on Dementia and the UK All Party Parliamentary Group on Dementia will further the aims of President Obama and Prime Minister Cameron in ensuring that people with dementia are detected early and receive the best possible treatments and management currently available. As novel neuroprotective drugs, which halt the underlying disease process, become available, it is essential to ensure people with Alzheimer's disease are given these drugs early in the course of the disease in order to preserve functionality, quality of life and wellbeing." 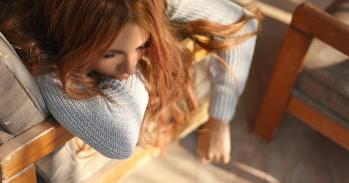 Apathy could predict onset of dementia years before other symptoms 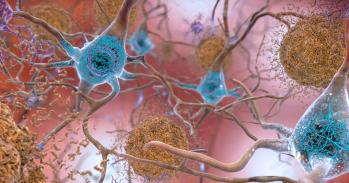 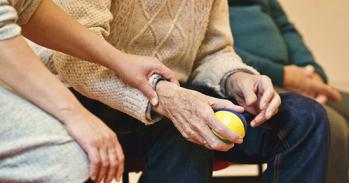