The word 'populism' has been announced as the Cambridge Dictionary 2017 Word of the Year.

What sets populism apart from all these other words is that it represents a phenomenon that’s both truly local and truly global, as populations and their leaders across the world wrestle with issues of immigration and trade, resurgent nationalism, and economic discontent.

Choosing a winner required looking at not only the most searched-for words but also spikes – occasions when a word is suddenly looked up many more times than usual on or around a particular date.

As Donald Trump, a polarizing candidate was being sworn in as the 45th president of the United States on January 22, 2017, searches for the word 'inauguration' on the online Cambridge Dictionary spiked. But so did searches for the word 'populism' because, on that same day, Pope Francis warned against a rising tide of populism in a widely reported interview with El Pais newspaper. In mid-March, after another high-profile interview with the pontiff – this time with the German newspaper Die Zeit – searches for populism spiked again.

Wendalyn Nichols, Publishing Manager at Cambridge University Press, said: 'Spikes can reveal what is on our users’ minds and, in what’s been another eventful year, plenty of spikes can be directly connected to news items about politics in the US (nepotism, recuse, bigotry, megalomania) and the UK (shambles, untenable, extradite). The much-anticipated Taylor Review of working practices in the UK caused the term 'gig economy' to spike in July, and of course the spectacular solar eclipse is reflected in the spike for eclipse on 21 August.

'What sets populism apart from all these other words is that it represents a phenomenon that’s both truly local and truly global, as populations and their leaders across the world wrestle with issues of immigration and trade, resurgent nationalism, and economic discontent.'

Populism is described by the Cambridge Dictionary as ‘political ideas and activities that are intended to get the support of ordinary people by giving them what they want’. It includes the usage label ‘mainly disapproving’.

Populism has a taint of disapproval because the -ism ending often indicates a philosophy or ideology that is being approached either uncritically (liberalism, conservatism, jingoism) or cynically (tokenism).

Evidence from the Cambridge English Corpus – a 1.5-billion-word database of language – reveals that people tend to use the term populism when they think it’s a political ploy instead of genuine. Both aspects of -ism are evident in the use of populism in 2017: the implied lack of critical thinking on the part of the populace, and the implied cynicism on the part of the leaders who exploit it. 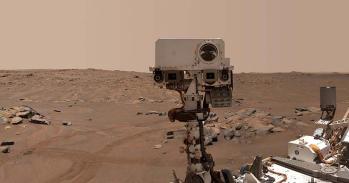