Some of the officers in the room are involved in counter-terrorism initiatives. Others tackle organised crime, or prevention of street violence, or safeguarding domestic abuse victims. All have risen through the ranks despite a good proportion of them having no prior experience of university.  And now they’re sitting in a lecture theatre at the University of Cambridge embarking on a new apprenticeship degree course at the Institute of Criminology: 60 new apprentices for the Institute's 60th anniversary year.

We're not just coming to get a Cambridge degree, we're actually coming to try to make things better

They’re the first tranche of police officers to take part in the University's Senior Leader Master's Degree Apprenticeship Degree course in Applied Criminology and Police Management. Over the next two years they’ll study latest innovations and discoveries in evidence based policing and exchange ideas about how to improve policing in their own agencies.

Noel McHugh is a Detective Chief Inspector with the Metropolitan Police:

“It’s been like doing a marathon mentally. It’s been exhausting, but fascinating because of what we’ve learned. It’s been exciting too because you see how you can apply things to policing and what we can do, especially around knife crime. There are so many ideas going around about what we can do in the future.”

The course is funded through the government’s Apprenticeship Levy, which, in an era of tight police budgets, has been a godsend. Employers who spend more than £3 million a year on salaries, pay half of one per cent of their pay bill into the Levy and this is used to fund extra training needs. The officers will assemble in Cambridge for 2 weeks, three times a year. They will write four 3000 word essays, including a critique of a major piece of research before they set to work on their one year dissertation project.

Ahenkora Bediako, is a Detective Inspector with the Metropolitan Police and has been tackling organised crime for 13 years:

“What I like about what I’m learning here is that it’s directly applicable to policing. In policing, we definitely focus on learning by experience and that’s what we value the most but experience is not necessarily the best way of deciding how to do things and that’s what I’ve learned here. Also what I like is that everyone here is passionate about problems and issues and the real stories behind what we’re doing, so there’s a real meaning to that. We’re not just coming to get a Cambridge degree, we’re actually coming to try to make things better.”

Evidence based policing is the practice of applying research to decision making in policing. It’s recently been used in research where knife attack data has been analysed to predict where fatal knife attacks could occur in the future.

Phaedra Binns, is a Manager in the Counter-Terrorism Unit at Thames Valley Police:

“For me personally, you come away and you look at something like the knife crime predictive probability of an incident occurring. That’s something that, for me, is absolutely fascinating and that we can take away and potentially replicate. So now I’m personally motivated to go away and research that and see what’s being done, what’s effective, what we’re currently doing in the force and how we might do it better.” 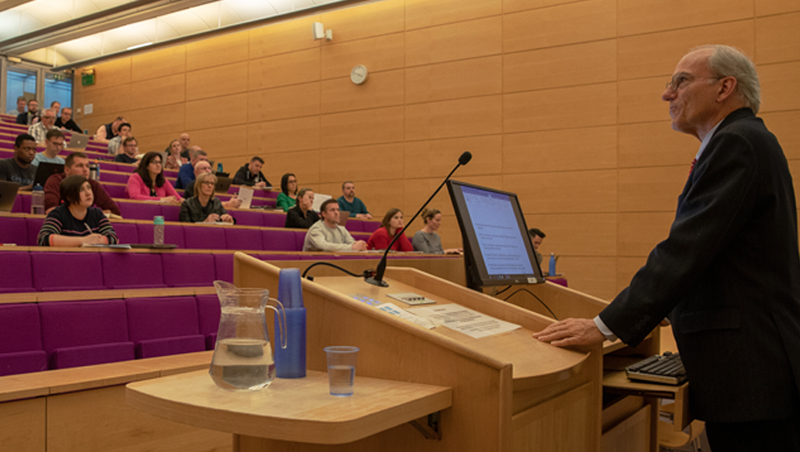 “I have urged the student apprentices to view the apprenticeship not only as a means of transforming their own capability to protect the public, but also as an asset for the transformation of their entire police agencies.”

The student apprentices are overwhelmingly from state schools and come from all over England. After the first two weeks, they’ve already been won over by the benefits higher education can offer for policing.

“It’s really difficult, but my advice to the young people I work with out there, on the estates and that, is that there’s no reason why they can’t come to Cambridge. They should be aiming to get here because education really is empowering. If I can get through, then there’s hope for them”

For more information on the course go to: https://www.crim.cam.ac.uk/Courses/m-st-courses/MStPolice or https://www.ice.cam.ac.uk/course/mst-applied-criminology-and-police-mana... 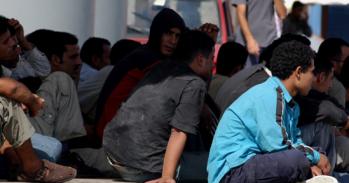 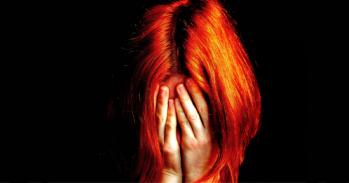 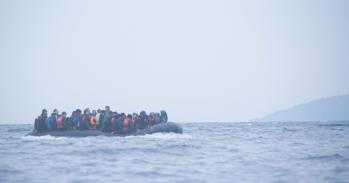 Trading on human tides – the 'free market' of people smuggling

Group photo of the University of Cambridge's first apprentices