Universities are about more than research and teaching, they should also act as society’s critic and conscience, says Graham Virgo, Pro-vice-chancellor for Education and Professor of English Private Law.

The need for universities, and those who work in them, to challenge and criticise publicly is more important than ever

The Higher Education and Research Bill, once enacted, will be the most important statute affecting English universities for a generation. But, coming as it does in a period of popular scepticism about expertise, there is a risk that the legislation will miss a significant opportunity.
The recent debates in Parliament have paid little attention to the question of what a university is for. To the extent that it has been considered at all, the answer has been assumed to be confined to teaching and research. Indeed, the text of the Bill suggests that this is also the sum total of what the Government believes universities to do: in short, matters which can be conveniently assessed by the teaching and research excellence frameworks.
But, bearing in mind that one of the key aims of the Bill is to open up higher education to new providers, it is vital that Parliament gives more careful consideration to the issue of what kinds of institutions merit being given degree-awarding powers.
While education and research are both vital components, there is more to a university than this. The additional element relates to outward-facing public engagement and discussion. In the wake of the denigration of the views of “experts” by certain supporters of the Trump and Brexit campaigns, the need for universities, and those who work in them, to challenge and criticise publicly is more important than ever.
An important attempt to define the essence of a university has already been undertaken in legislation in New Zealand. Its 1989 Education Act (section 162(4)(a)) lists five characteristics that an institution must possess before it can be recognised as a university. As well as those relating to teaching and research, the fifth requires the institution to accept “a role as critic and conscience of society”.
I believe that very similar wording should be incorporated into English law. Concern has been expressed in the sector and in the debates about the Bill that it will infringe institutional autonomy and interfere with academic freedom. Although the minister, Jo Johnson, has insisted that the concerns are misplaced, some scepticism remains. A significant and simple way of responding to it would be to recognise the legal responsibility of a university to act as critic and conscience of society. 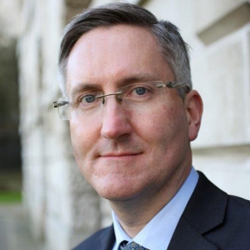 This would not involve the imposition of any legally enforceable duties. Instead, it would acknowledge the justifiable expectation of the state that universities should make a vital contribution to society.
Academics already have a responsibility to speak to correct error and prejudice, whether it is the scientist rebutting climate-change scepticism, the classicist challenging unfounded interpretations of ancient history or the lawyer correcting media misunderstanding of the implications of a judicial decision about the royal prerogative and parliamentary sovereignty. And, with the prevalence of social media, this responsibility could not be easier to fulfil.
But a “critic and conscience” clause would mean that institutions must encourage those working in them to engage in public discussion and embrace the freedom to develop new ideas, test received wisdom and examine controversial and unpopular positions. It would also oblige universities to support staff if they were subject to illegitimate criticism for doing so.
Further, although the recent threat of UK researchers being gagged by the Government’s adoption of an anti-lobbying clause has passed, that possibility could not have been seriously contemplated in the first place had there been a “critic and conscience” clause in legislation, since the responsibility of researchers to speak out about the implications of research for society would have trumped any possibility of their being silenced under the guise of anti-lobbying.
Crucially, such a clause would also mean that new higher education providers would need to acknowledge explicitly their external-facing responsibilities. Failure to ensure that all new providers worthy of the name are outward-looking would be to waste this once-in-a-generation opportunity to put the essence of the university on a statutory footing.
This article was originally published by Times Higher Education on 5th January 2017.