New films offer a glimpse inside the interview room

The University asked four successful applicants to put themselves through another interview in order to create the latest in the University’s series of outreach films demystifying Cambridge admissions, teaching and student life.

Applicants are already offered a great deal of helpful general information about the nature of interviews and how they should prepare, but I feel that nothing is quite as powerful as watching a student – someone just like them – going through the interview process.

Cameras are not allowed in to the December interviews, because the University believes this would create unnecessary stress for the applicant.

This has resulted in a number of myths and misunderstandings developing around what happens on the other side of the door.

'The Interview' has been created to debunk those myths, and to provide accessible guidance about what Cambridge interviews are really like to potential applicants.

The university was determined to make the film as authentic as possible.

Three of the  student participants are unconditional offer holders – students who have taken their A Levels already, but have not yet started at Cambridge, bringing them as close as  possible to the level of academic knowledge of a typical interviewee.

The student volunteers were interviewed by academics whom they had not met before, and the interviewers reviewed the real application forms submitted by the candidates, just as they would in preparation for an admissions interview.

“The stresses and academic demands of a real interview were definitely there,” said Oli Stubbs, who is shown being interviewed for medicine.

“The filming had a very similar style and format to my real interview. I actually found it a lot worse than the real thing, although once the interview got going I was concentrating on the science and not the filming.”

Angharad Devereux came back to re-live her HSPS interview. Like Oli, she felt that the experience was very similar to her admissions interview.

“I did feel a similar apprehension before going to the interview as I had no indication as to what the questions would be.

“My experience of interviews at Cambridge was that they are closer to an academic discussion rather than a question and answer session which was realistically depicted in the filming.”

Dr Sam Lucy was one of Angharad’s interviewers in the film. “The HSPS interview was very real, and an extremely accurate depiction of what those interviews are like,” she said. “I largely forgot we were being filmed.”

Dr Nick Cutler, who interviews for Geography in the film, described the experience as “a good simulation.”

“The interview was very close to the real thing,” Nick added. “The question I used was one I have used in past admissions rounds.

“The responses of the interviewee, and the overall progression of the session, were very similar to a real interview. The interview was conducted in real time and we had not met the interviewee before.”

“I hope that these films make very clear that we are not looking for a perfect performance, but a thoughtful academic response to technical subject-related questions,” said Dr Mike Sewell, Director of Admissions for the Cambridge Colleges, and Angharad’s second interviewer in the film.

“The fact that stumbles occurred and that the discussion moves forward through the help given by interviewers reflects exactly what happens in interviews,” Mike added.

“This isn't failure; it is an indication of a student who is willing and capable to learn and to persevere in discussion when it isn't easy. That, in turn, is a key quality in an undergraduate.”

Dr James Keeler, who was filmed interviewing Hannah Dunnett for Natural Sciences, agrees. “It's a common misconception that to be successful a candidate has to answer every question perfectly and give a very polished performance.

“The interview is designed to make the candidate think, and as much as anything else the interviewers want to see these thought processes in action – so going back over something, working through something which is not quite right, or giving hints is all part of the process.

“The key thing is that candidates should not give up if they get stuck, but should listen to what is being said and try a different track.  I often find myself using that polite phrase ‘That's interesting, but why don't we look at it in another way’."

“When we visit schools and colleges, and have visitors to Cambridge, some of the most popular sessions are always the "mock interviews".  People are understandably apprehensive about the interview as it is something that few have any experience of.

“Also, it is sadly the case that despite all our efforts there remains a lot of mis-information out there.

“Just seeing what goes on, and seeing that successful candidates do not have perfect interviews will, I think, help everyone,” James concluded.

Dr Maria Cairney, an English teacher at Loreto College, Manchester, agrees that these will be very useful tools for students.  Commenting on the value of the films, she said “Applicants are already offered a great deal of helpful general information about the nature of interviews and how they should prepare, but I feel that nothing is quite as powerful as watching a student – someone just like them – going through the interview process.

“The films, more than anything else, tell students that they can make mistakes, correct themselves and ask questions during interview and still be successful.

“Hopefully this will make the process seem less like a barrier to applicants – more about what’s possible, than impossible.” 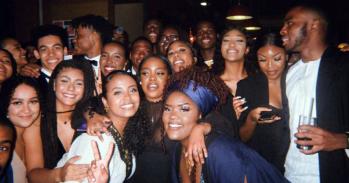 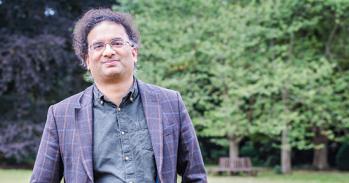 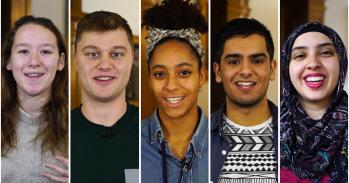