Research links between the University of Cambridge and the Chinese University of Hong Kong (CUHK) were deepened following the award of the inaugural CUHK Autism Research Fellowship in Neuroscience to Cambridge doctoral candidate Dwaipayan (Deep) Adhya.

Mr Adhya, a physiologist and biochemist by training, recently completed his PhD under the supervision of Prof Simon Baron-Cohen, at Cambridge, and Prof Jack Price, of Kings College London. As part of the agreement between the University of Cambridge and CUHK, he will be based at Cambridge’s Autism Research Centre, where he will focus on studying the role of sex hormones in autism. During the period of the Fellowship, he will also spend time at CUHK to build the collaboration.

He plans to use the revolutionary biotechnology known as induced pluripotent stem cell (iPSC) derived neurons. The technique allows scientists to take any cell in the body from a living person, reprogram it back into being a stem cell, and then program it to grow into a nerve cell (neuron). In this way, Dr Adhya will be able to study autistic neurons as they would have grown in the womb, from human patients, and track their development from the embryonic stage.

The groundbreaking method has many advantages over previous methods such as using post-mortem brain tissue or experimental animals, neither of which allow the study of autism from the embryonic stage forward. This will build on Dr Adhya’s earlier research to enable the study of the links between genetics, gender and hormones in the autistic brain.

The agreement that led to the creation of the CUHK Autism Research Fellowship was signed by the Vice-Chancellors of  the University of Cambridge and CUHK, in February 2015.

Prof Simon Baron-Cohen said: “We are delighted that Deep has been awarded this fellowship, which will allow him to take forward his innovative doctoral work. The team in Cambridge and CUHK will deepen our understanding of the causes of autism.”

Prof Patrick Leung, Chair of CUHK’s Department of Psychology, added: “We are very excited to have the first CUHK Autism Research Fellow in Neuroscience in place, and to continue our universities’ joint research into autism.” 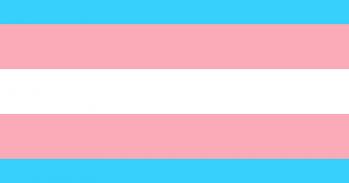