The University of Cambridge and Hitachi Ltd have signed a new agreement to continue and grow their long-standing relationship through the Hitachi Cambridge Laboratory (HCL), part of the European R&D Centre of Hitachi Europe Ltd.

The relationship will build on the 30-year partnership established with the University through the Cavendish Laboratory, home of the University’s Department of Physics, and will pursue deep science leading to the development of cutting-edge technology to develop a practical quantum computer.

The collaborative activity between HCL and the Cavendish Laboratory, which began in 1989 to create new concept advanced electronic and optoelectronic devices, has resulted in technology milestones such as the demonstration of the world’s first single-electron memory device, the first single-electron logic device, measurement of the Spin-Hall effect and one of the first silicon qubit devices, the Spin-injection Hall effect, and a prototype Spin-Hall effect transistor. A part of such works led to the development of major activity on quantum computation.

Today, the development of an ecosystem in this area covering activities across the University, as well as companies in the Cambridge cluster – the largest technology cluster in Europe – is a central priority for HCL.

The new home of the Cavendish will operate as a National Facility for the UK physics community and its industrial partners. Hitachi and the University have agreed that the Ray Dolby Centre will be the ideal home for HCL.

University researchers pursue world-leading research ranging from new devices to algorithms for next-generation computers such as quantum computers, which are exponentially faster than classical computers, revolutionising fields as diverse as cryptography and drug discovery.

Professor Andy Parker, Head of the Cavendish Laboratory said: “HCL and the Cavendish have operated as partners for three decades, producing world-leading results and enabling great new products to be developed. We are proud that Hitachi have chosen to continue our partnership in our new facility and look forward to many more years of outstanding results.”

“Working with the Cavendish Laboratory and research partners, we have made significant advances in Si-based quantum devices over the last few years,” said Dr Masakatsu Mori, CTO of Hitachi Europe Ltd. “The next step towards a practical quantum computer based on this technology will be to extend the research beyond the device to computer science, to include architecture and systems consideration. We are excited to be moving forward together with the University of Cambridge in this new endeavour.”

“We are proud of the relationship that has grown over the last 30 years with the University of Cambridge,” said Dr Norihiro Suzuki, Vice President and Executive Officer, and CTO of Hitachi. “By building on this valuable partnership, the best minds in academia and industry will become part of an innovation ecosystem ensuring that the fruits of the research have true value and contribute to a better society.”

The Ray Dolby Centre is named in recognition of an £85 million gift from the estate of sound pioneer Ray Dolby – the largest philanthropic donation ever made to UK science.

In addition to the Dolby gift, the new Cavendish Laboratory is being made possible by £75 million of funding from the Engineering and Physical Sciences Research Council (EPSRC), part of UK Research and Innovation (UKRI). The project, which is expected to be completed in 2022, will help strengthen the University’s position as a leading site for physics research and will provide a top-class facility for the nation, with much of the research equipment made available to other institutions. 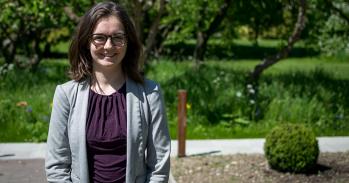 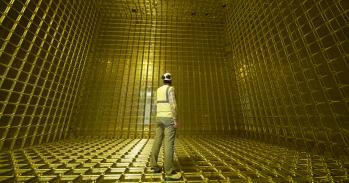 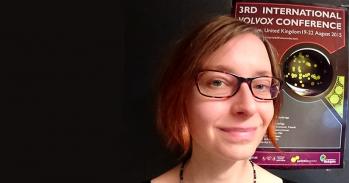 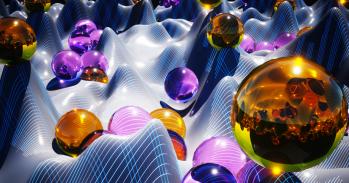