Exhibition marks the 150th anniversary of the periodic table

Original printed copies of the periodic table are going on public display at St Catharine’s College, Cambridge, in an exhibition to celebrate the 150th anniversary of its publication.

The exhibition will be opened today (11 March) by the Russian physicist Professor Yuri Oganessian, who has the unique distinction of being the only living person with an element (oganesson) named after him. The free event, part of the Cambridge Science Festival, opens to the public tomorrow and runs until 5 April.

One hundred and fifty years ago this month, Russian chemist Dmitri Mendeleev first came up with his periodic system of the chemical elements – what we now think of as the periodic table. In celebration of this event, the United Nations have proclaimed 2019 to be the International Year of the Periodic Table of Chemical Elements.

Mendeleev’s original publication from March 1869 will be on display at St Catharine’s, both in the form of his textbook, in which the table was hastily appended to the already-printed first volume, and in the form of the longer article which appeared in the first volume of the journal of the newly-formed Russian Chemical Society and in which Mendeleev fully discusses his system. It is said only 80 copies of this latter volume were printed and the St Catharine’s copy is the only one available in the UK.

Despite this year’s anniversary, Mendeleev’s periodic table was not the first to be published. The exhibition compares Mendeleev’s table with the remarkably similar version published in October 1864 by British chemist William Odling, along with versions by his fellow countryman John Alexander Newlands from the same time.

Perhaps the most remarkable item on display is what is regarded as the very first periodic table published in 1862 – seven years before Mendeleev’s. The French mineralogist Alexandre-Émile Béguyer de Chancourtois first arranged the known elements by atomic weight and properties in 1862, in what can be considered the first periodic table. The form of his table is quite different: instead of plotting the elements in rows and columns, it is designed to be wrapped around a cylinder in order to align the elements into groups with similar properties.

However, Béguyer’s attempt was almost completely overlooked at the time. Since he was primarily concerned in trying to classify the elements from a mineralogical perspective, his system was largely ignored by chemists. But more importantly, his paper failed to include any diagram and without it, his text was incomprehensible.

However, while his first description initially appeared as one of many articles in one of the leading chemical journals of the day, the author also received a few ‘offprints’ – separately-printed, re-paginated, standalone extracts containing just his article. These were intended to be given out as presentation copies by the author to other leading scientists of the day. To accompany these offprints, Béguyer had a five-foot-long chart printed to accompany the text, which is also part of the exhibition.

In addition to the historic versions of the periodic table, the exhibition also includes several new artworks created to mark the 150th anniversary, including one of laser-etched glass, and a macramé version of the table containing more than 180,000 knots.

Professor Oganessian will formally complete a third work of art, a sculpture by Kent-based silversmiths Padgham and Putland based on a 1920 German design, when he adds the personalised tile representing his element. Today’s event will also feature the St Catharine’s College Girls Choir, who will perform a new work on the periodic table composed by Christopher Fox.

The exhibition has been curated by Dr Peter Wothers, who presented the 2012 Royal Institution Christmas Lectures entitled ‘The Modern Alchemist’. 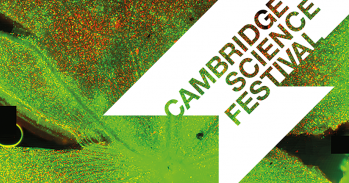 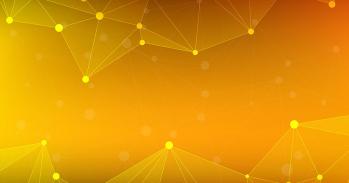