Open Cambridge takes place 14-15 September and offers the public a chance to visit a range of stunning buildings and hidden curiosities. There are more than 80 events in this year’s programme, with over 20 events as part of Open Eddington.

Published in 1893, the book reproduces the voices of the donkey, lamb, cow, cuckoo, goat, and even the baby, along with coloured illustrations.

A mechanical picture book, live head casts for the practice of phrenology, stories of the supernatural… this year’s Open Cambridge 2018 becomes curiouser and curiouser.

Forming a variety of events held across Cambridge on the 14 and 15 September, these themes and many more besides are explored in exhibitions open to the public. Libraries across Cambridge are opening their doors to visitors and showcasing many items which are not usually on display.

Homerton College Library has a fascinating collection of over 10,000 children’s books which collectively span 200 years. In particular, their Victorian mechanical book will enthrall attendees. Published in 1893, the book reproduces the voices of the donkey, lamb, cow, cuckoo, goat, and even the baby, along with coloured illustrations. A Dog’s Dinner Party (1855) is also on display so the public can see a moveable book where the dogs tip their hat to their canine guests across the table. And who wouldn’t want to discover the mystery of the camelopard, a cross between a camel and a leopard as depicted in an early children’s picture book? (The mystery is solved, thanks to the illustration, as the creature can be identified as…a giraffe).

This exhibition celebrates the close tie to education which Homerton College holds, with the college initially concentrating on the study of education and teacher training in its early years, through to the present day, where children’s literature is a subject worthy of study in its own right. Deputy Librarian, Jess Taylor, describes the exhibition as “a heritage snapshot which can be enjoyed by younger visitors as well as those wanting to take a trip down memory lane to their own childhood books.” Curated to be enjoyed visually, the display includes works from the ‘Golden Age’ of illustrators alongside illustrated poetry such as Jabberwocky, interactive books, scary and creepy works, as well as award winners.

Some fascinations developed during childhood never leave us, and Christ’s College Library are holding an exhibition to explore the strange world of the supernatural. Five cases focus on witches, ghosts, fairies, monsters, and mythical beasts. Visitors are treated to an array of works including a 1640 edition of Ovid’s Metamorphoses, Edward Topsell’s Historie of Foure-Footed Beasts (1607), a first edition copy of Mary Shelley’s Frankenstein, and a fourth folio edition of Shakespeare’s works, opened on the witches of Macbeth. People will even hear of the Christ’s College ghost who has been seen wandering morosely around the College gardens.

Another curious practice of our past is phrenology, and the Whipple Library’s event Mind your head promises to both educate and entertain on this curious pseudo-medicine. The library has around 350 items relating to phrenology, most of which were donated by the British Phrenological Society. Along with a range of items including advertising materials, books, flyers, pamphlets, there are live casts of heads on show. These fascinating objects show how the shape of the skull (and therefore brain) was believed to determine certain characteristics. One example was the ultimate French romantic villain, Francois Lacenaire, whose enlarged area above his left ear was believed to indicate a ‘particularly destructive trait’.

Yet these casts also show the darker and less understanding side of phrenology. The ‘Idiot of Amsterdam’ cast most likely captures someone with learning difficulties, and the cast of a substantially enlarged skull probably shows somebody who experienced excess brain fluid – a condition both dangerous and painful. Although phrenology is now largely discredited, it did allow for the development of psychology, and visitors to the Whipple event will be able to get involved with their own diagnostic kit, including a ‘brain hat’.

Don’t miss the hidden treasures at Cambridge Central Library event, where you can watch the book sorter in action and find out what the library in Lion Yard has to offer. Come and listen to Professor Morag Styles speak on picture books, which perfectly complements the Homerton College picture book exhibition (see above). And don’t forget the chance to visit University libraries, such as the Squire Law library and Queens’ College Old Library.

A copy of the full programme can be downloaded at https://www.opencambridge.cam.ac.uk/system/files/open_cambridge_programm....

Open Cambridge is a busy weekend and many of the events require pre-booking in advance.

The phone-line is open between 11am – 3pm, Monday to Friday. There are also plenty of drop-in events for people to enjoy.

Open Cambridge is part of the national Heritage Open Days scheme. Designed to offer special access to places that are normally closed to the public or charge admission, the initiative provides an annual opportunity for people to discover the local history and heritage of their community. For more information please visit: www.heritageopendays.org.uk. 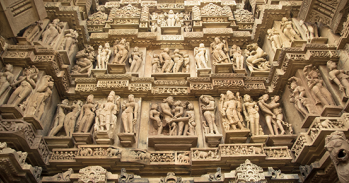