The Scott Polar Research Institute’s urgent appeal to save historic Antarctic negatives taken by Captain Scott in 1911 has been successful.

The Polar Museum at the Scott Polar Research Institute, University of Cambridge, is proud to announce that it has successfully raised the £275,000 needed to be able to purchase the 113 photographic negatives, thanks to public support. The negatives represent an extraordinary visual record of Scott’s last expedition, but were in danger of being sold abroad.

The National Heritage Memorial Fund (NHMF) has just awarded the Scott Polar Research Institute (SPRI) a grant of £233,450 to secure the negatives. This clears the final hurdle in the race to secure the funds in time.  The museum has already received generous support from the V&A Purchase Grant Fund and other private donors. In addition, a significant amount was raised through a public appeal campaign, spearheaded by Sir Ranulph Fiennes.

Dame Jenny Abramsky, Chair of the NHMF, said, “Captain Scott’s images provide us with an extraordinary insight into the rigours of his epic but ultimately doomed expedition.  As precious as the corresponding original prints, these negatives record not only day-to-day life in the Antarctic but also the development of Scott’s photographic skills. The National Heritage Memorial Fund - the fund of last resort - is proud to be providing the final part of the funding jigsaw which will ensure these negatives are kept together as part of the Institute’s wider public collection.”

The negatives are a record of Scott’s earliest photographic attempts - under the guidance of expedition photographer Herbert Ponting - through to his unparalleled images of his team on the journey to the South Pole. The force, control and beauty of his portraits and landscapes number them among some of the finest early images of the Antarctic.

Sir Ranulph Fiennes said,“Scott’s negatives can now take their rightful place in Cambridge alongside the camera on which they were taken, as well as the remaining Scott and Herbert Ponting prints - all of which speak so powerfully to us of the courage and sacrifice of those on the British Antarctic Expedition. The negatives have been recently rediscovered, having been thought lost. If the Scott Polar Research Institute had not been successful then there was every chance that they would have been sold abroad and into a private collection."

Professor Julian Dowdeswell, Director of SPRI, said, "The overwhelming level of support and assistance from the public and from charitable trusts and bodies has helped The Scott Polar Research Institute purchase this extraordinary visual record of Scott’s last heroic expedition. As we have no budget for acquisitions, we have been delighted to see how the story of Scott still captures the public imagination. As part of the University of Cambridge, SPRI will ensure that these negatives are cared for to the highest possible standards and, once digitised, we will ensure that these resources will be within reach of a worldwide audience."

Following a period of conservation and research, The Polar Museum plans to mount a public exhibition of the images. 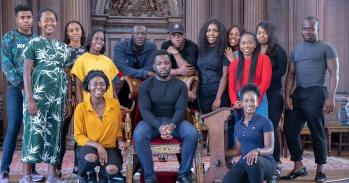 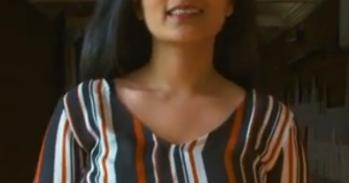