Alastair Campbell at the ‘Nexus of Media and Politics’ in Cambridge

Alastair Campbell, writer, campaigner and former communications director to British Prime Minister Tony Blair, will give a series of public lectures in Cambridge next week as Humanitas Visiting Professor of Media 2013.

He will defend the role of journalism as a central pillar of democracy, and explain why despite those shortcomings he is optimistic that politics and media can adapt

In two public lectures and a symposium entitled ‘A Life At The Nexus Of Media and Politics’, Campbell will expand on and qualify his statement to the Leveson Inquiry two years ago: ‘…though I admire many journalists and much journalism… I also believe that there are serious and endemic shortcomings in the culture, practices and ethics of the British media’.

But he will also defend the role of journalism as a central pillar of democracy, and explain why despite those shortcomings he is optimistic that politics and media can adapt to the changes sweeping through both.

The first lecture on 13 November will explore ‘Why journalism, and why it matters in a world in flux’. Campbell will discuss the importance, power and attraction of journalism, its rapidly changing environment and practice, and its centrality to a liberal democracy.

In the second lecture on 14 November, ‘Journalism and democracy: grounds for optimism in the face of the future?”, Campbell will address the challenges facing journalists, and the potential for positive changes in how journalism is conducted and regulated. He will attack what he calls the Big Lies told by the press to fight the planned Royal Charter, urge politicians to hold firm, and insist the public want and will benefit from regulatory and cultural change in the UK media - as will journalism.

He will also give his views on social media, Wikileaks and the Edward Snowden revelations, and emphasise that technological and political trends are pointing towards rather than away from more openness and transparency. And he will argue that for politicians, the response to a more chaotic and noisy media landscape should be to be more strategic and less tactical, not the other way round.

A Cambridge graduate in modern languages, Campbell was a senior political journalist before becoming spokesman, press secretary and director of communications and strategy to former British Prime Minster Tony Blair in 1994.

He now splits his time between writing, speaking, charitable fundraising, politics and campaigns. In July 2007 he published his first book on his time with Tony Blair, The Blair Years, which was an instant Sunday Times bestseller. He has published ten books in all in the last six years, six volumes of diaries, the latest of which, The Irish Diaries, was published last week and focuses on the Northern Ireland peace process. He has also written a personal memoir on his struggles with alcoholism and depression, The Happy Depressive, and three novels with mental health themes.

His first novel, All In The Mind, appeared in November 2008 to enthusiastic reviews for its frank examination of mental illness. His second novel, Maya, an analysis of fame and the obsession it attracts, was published in February 2010, and most recently his third novel, My Name Is, told the story of a young woman's descent into alcoholism as seen through the eyes of others. He is an ambassador for the Time to Change mental health awareness campaign, and also for Alcohol Concern. He is also chairman of fundraising for Leukaemia and Lymphoma Research.

Humanitas is a series of Visiting Professorships at Oxford and Cambridge intended to bring leading practitioners and scholars to both universities to address major themes in the arts, social sciences and humanities. Created by Lord Weidenfeld, the Programme is managed and funded by the Institute for Strategic Dialogue with the support of a series of generous benefactors, and co-ordinated in Cambridge by the Centre for Research in the Arts, Social Sciences and Humanities (CRASSH).

The Humanitas Visiting Professorship in Media 2013 has been made possible by the generous support of the Blavatnik Family Foundation. Based at Cambridge’s Centre for Research in the Arts, Social Sciences and Humanities (CRASSH), the Humanitas Media series is co-hosted by St John’s College and the Department of Politics and International Studies (POLIS).

The Lectures on 13 and 14 November run from 5pm to 6.30pm and are free and open to the public. The Symposium on 20 November from 2pm to 6pm is also free, but requires online registration. For further details including venues and symposium registration details, please visit http://www.crassh.cam.ac.uk. 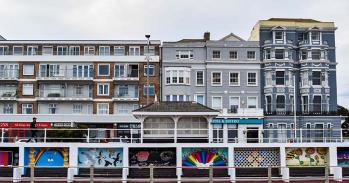