We're celebrating the success stories of students who are #GoingToCambridge.

Getting into Cambridge has showed me how hard work and dedication will always pay off. I am so excited to begin my journey there and take advantage of all of the opportunities Cambridge has to offer.

Fiorella Gallardo Sarti, 18, who studied A-Levels at The Belvedere Academy in Liverpool

After two years of hard work, A-Level students across the country are receiving their results today (15 August). Among them is the next intake of Cambridge undergraduates whose effort and determination has finally been rewarded.

City and Islington College student Chakira Alin, 18, is coming to Cambridge to study English after getting A*s in Sociology and History, and an A in English Literature.

“I’m so happy because all the stress has paid off, and I got my grades for university," she said. "I felt really apprehensive over the past few days but it’s all done now and I’m delighted."

Director of the sixth form college, Peter Murray, added: “Congratulations to all our students and their teachers for the hard work that went into today’s results. More of our students achieved the highest A* grade this year and we know that our highest achieving students have gained entry to some of the most competitive universities such as Cambridge, King’s College and the London School of Economics." 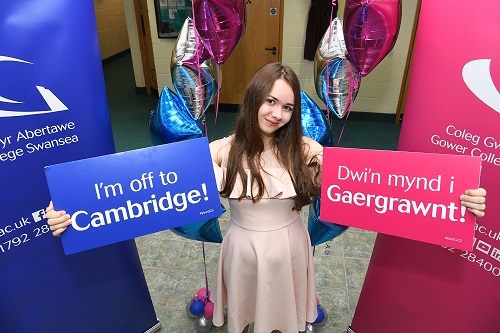 Principal Mark Jones said: “What is particularly great this year is the progression routes of these young people now they are leaving College. While many are heading to top universities across the UK to begin a higher education course, others have chosen to take apprenticeship or degree apprenticeship routes while others are heading straight into employment. At Gower College Swansea, we are delighted to have helped them on their way to whatever progression pathway they are taking.”

Fiorella Gallardo Sarti, 18, who studied A-Levels at The Belvedere Academy in Liverpool, will be the first member of her family to go to university when she takes up her place at Christ's College to study Law.

She said: "Getting into Cambridge has showed me how hard work and dedication will always pay off. I am so excited to begin my journey there and take advantage of all of the opportunities Cambridge has to offer." 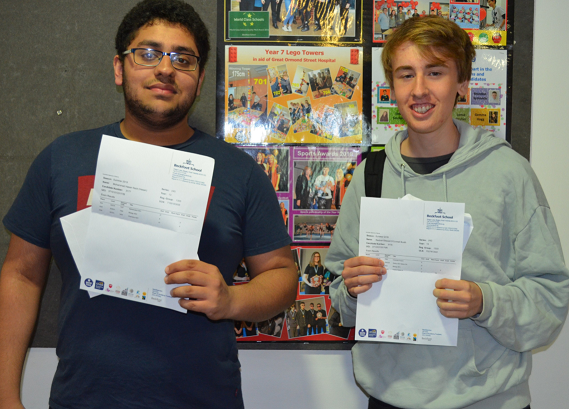 Hasan Nazir and Reuben O'Connell from Beckfoot School in Bingley, near Bradford, are both on their way to Cambridge. Hasan scored two A*s and an A, and will read Medicine; Reuben achieved two A*s and two As and will read Human, Social and Political Sciences. 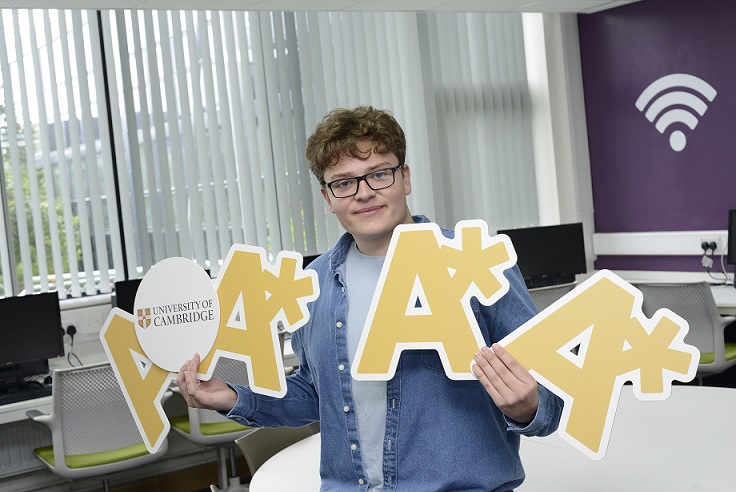 Mathematician Lewis Gorton, 18, is heading to Cambridge after achieving A*A*A*A in his A-Levels at Nelson and Colne College, Lancashire. He gained his grades in Mathematics, Further Mathematics, Physics and Computer Science.

He said: “I’m delighted with my results and I’m relieved! The idea of going to Cambridge is something that has developed while I have been at Nelson and Colne College and I’m happy to be progressing there.

“I've always been interested in Mathematics and my ultimate ambition is to become a researcher in the field. I’m grateful to NCC for funding additional one-to-one tutoring for me, which helped me to prepare for Cambridge’s entry exams and supported the development of my problem-solving skills." 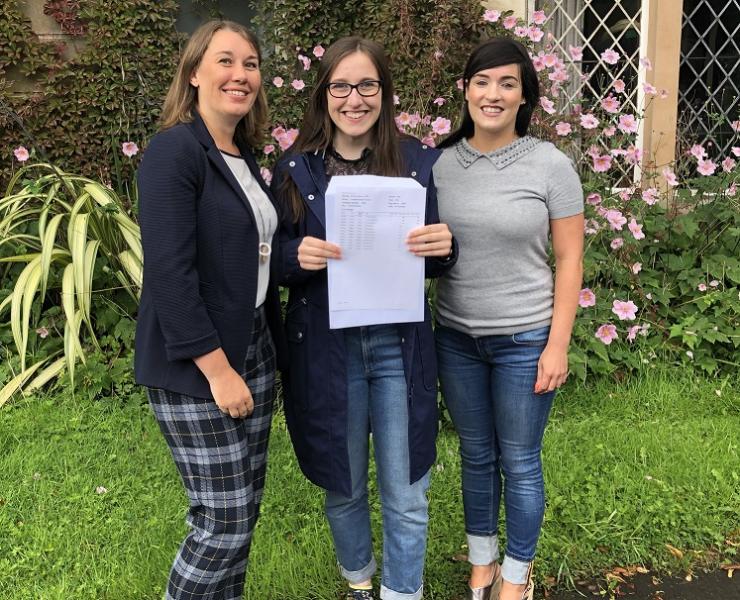 Caroline Thurston, who studied her A-Levels at Hunterhouse College in Belfast, has secured a place to study Medicine at Murray Edwards College.

Principal Andrew Gibson: "Caroline has excelled in her time at Hunterhouse, gaining outstanding results at both GCSE and A Level. Caroline's positivity and generosity of spirit shines through in everything she does and we have all benefited from having her as part of our school community. We wish her the very best for the years ahead and look forward to hearing of her further success."

A tweet by London student Meghan Kimani - who had her place to study Human, Social and Political Sciences at Cambridge confirmed - went viral today, attracting thousands of likes and retweets.

Brampton Manor, in East Ham, London, was also posting on social media today - to congratulate their students on getting the grades they needed.

Huge congratulations to Trisha who achieved A*A*A and is off to Cambridge to study English. Well done Trisha. pic.twitter.com/EiEm1Z7Om7

City and Islington College student Chakira Alin, 18, who is #GoingToCambridge