Why marvellous isn't awesome any more

Using the Spoken British National Corpus 2014, a very large collection of recordings of real-life, informal, spoken interactions between speakers of British English from across the United Kingdom, Cambridge University Press and Lancaster University are shedding light on the way our spoken language changes over time.

The digital revolution and America’s growing influence on our culture have dramatically changed the way British people speak over the past two decades, new research has revealed.

‘Marvellous’ has been consigned to the dustbin of vocabulary – replaced by the American ‘awesome’, according to the study by Lancaster University’s Faculty of Arts and Social Sciences (FASS) and Cambridge University Press.

The changes also reflect the nation’s eating habits – with ‘marmalade’ also falling out of favour as one of the country’s most used words.

Using the ‘Spoken British National Corpus 2014’, the team at Lancaster University and Cambridge University Press are shedding light on the way our spoken language changes over time.

The study looks at the most characteristic words of today’s Britain. Not surprisingly the internet age has had a massive influence on the words we use.

While in the 1990s we were captivated by ‘Walkmans’, today it has been replaced by the likes of ‘online’ and ‘smartphone’. ‘Awesome’ has rapidly overtaken ‘marvellous’ as the most characteristic emotive word in today’s speech.

Language expert Professor Tony McEnery, from the ESRC Centre for Corpus Approaches to Social Science (CASS) at Lancaster University, said: “These very early findings suggest the things that are most important to British society are indeed reflected in the amount we talk about them.

“New technologies like Facebook have really captured our attention, to the extent that, if we’re not using it, we’re probably talking about it.

“The rise of ‘awesome’ seems to provide evidence of American English’s influence on British speakers.”

These are only the initial findings from a small pilot of the project, named the ‘Spoken British National Corpus 2014’, which is now underway.

Prof McEnery said: “We need to gather hundreds, if not thousands, of conversations to create a spoken corpus so we can continue to analyse the way language has changed over the last 20 years.

“We are calling for people to send us MP3 files of their everyday, informal conversations in exchange for a small payment to help me and my team to delve deeper into spoken language.”

It is an ambitious project. Prof McEnery said: “It has not been completed to this scale in the UK since the early 1990s.

“That data, which is now out of date, is still used by researchers from around the world today, so we know there is a real appetite for research of this kind.

“It is of great importance to collect new recordings from the 2010s in order to understand the nature of British English speech as it is today and not how it was more than two decades ago.”

The research also allows analysis into language used in different regions, between genders and across different age groups.

People who wish to submit recordings to the research team should email corpus@cambridge.org. 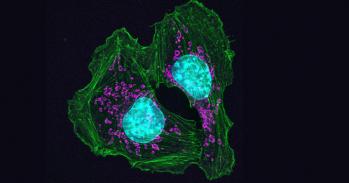 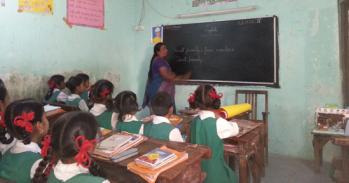