Why live vaccines may be most effective for preventing Salmonella infections

Vaccines against Salmonella that use a live, but weakened, form of the bacteria are more effective than those that use only dead fragments because of the particular way in which they stimulate the immune system, according to research from the University of Cambridge published today.

The BBSRC-funded researchers used a new technique that they have developed where several populations of bacteria, each of which has been individually tagged with a unique DNA sequence, are administered to the same host (in this case, a mouse). This allows the researchers to track how each bacterial population replicates and spreads between organs or is killed by the immune system. Combined with mathematical modelling, this provides a powerful tool to study infections within the host. The findings are published today in the journal PLOS Pathogens.

“We effectively ‘barcode’ the bacteria so that we can see where in the body they go and how they fare against the immune system,” explains Dr Pietro Mastroeni from the Department of Veterinary Medicine at the University of Cambridge, who led the study. “This has provided us with some important insights into why some vaccines are more effective than others.”

The multidisciplinary research team led by Dr Mastroeni used the new technique to look at the effectiveness of vaccines against infection by the bacterium Salmonella enterica, which causes diseases including typhoid fever, non-typhoidal septicaemia and gastroenteritis in humans and animals world-wide. Current measures to control S. enterica infections are limited and the emergence of multi-drug resistant strains has reduced the usefulness of many antibiotics. Vaccination remains the most feasible means to counteract S. enterica infections.

There are two main classes of vaccine: live attenuated vaccines and non-living vaccines. Live attenuated vaccines use a weakened form of the bacteria or virus to stimulate an immune response – however, there are some concerns that the weakened pathogen may become more virulent when used in patients with compromised immune systems, for example people infected with HIV, malaria or TB. Non-living vaccines, on the other hand, are safer as they usually use inactive bacteria or viruses, or their fragments – but these vaccines are often less effective. Both vaccines work by stimulating the immune system to recognise a particular bacterium or virus and initiate the fight back in the event of future infection.

Using their new technique, Dr Mastroeni and colleagues showed that live Salmonella vaccines enhance the ability of the immune system to prevent the bacteria from replicating and spreading to other organs. They can also prevent the spread of the bacteria into the bloodstream, which causes a condition known as bacteraemia, a major killer of children in Africa.

They also found that the antibody response induced by live vaccines enhances the ability of immune cells known as phagocytes to kill bacteria in the very early stages of infection, but that a further type of immune cell known as the T-cell – again stimulated by the live vaccine – is subsequently necessary for control and clearance of the bacteria from the blood and tissues. The killed vaccine, whilst able to boost the phagocyte response via the production of antibodies, did not stimulate a protective form of T-cell immunity and was unable to prevent the subsequent bacterial growth in infected organs or the development of bacteraemia, and was unable to control the spread of the bacteria in the body.

Dr Chris Coward, first author on the study, says: "We have used a collaboration between experimental science and mathematical modelling to examine how vaccines help the immune system control infection. We found that, for Salmonella infections, the immune response induced by a killed vaccine initially kills a proportion of the invading bacteria but the surviving bacteria then replicate resulting in disease. The live vaccine appears superior because it induces a response that both kills the bacteria and restrains their growth, leading to elimination of the infection."

Dr Mastroeni adds: “There is a big push towards the use of non-living vaccines, which are safer, particularly in people with compromised immune systems – and many of the infections such as Salmonella are more prevalent and dangerous in countries blighted by diseases such as HIV, malaria and TB. But our research shows that non-living vaccines against Salmonella may be of limited use only and are not as effective as live vaccines. Therefore more efforts are needed to improve the formulation and delivery of non-living vaccines if these are to be broadly and effectively used to combat systemic bacterial infections. We have used Salmonella infections as a model, but our research approaches can be extended to many pathogens of humans and domestic animals.”

The research was carried out Dr Mastroeni, Dr Coward and colleagues Dr Andrew Grant, Dr Oliver Restif, Dr Richard Dybowski and Professor Duncan Maskell. It was funded by the Biotechnology and Biological Sciences Research Council, which has recently awarded Dr Mastroeni funding  to extend this research to the study of how antibiotics work. The new research aims to optimise treatments and reduce the appearance of antibiotic resistance.

Professor Melanie Welham, BBSRC’s Science Director, said: "To protect our health and the health of animals we rely on, such as livestock, effective vaccines are needed against disease. This new technique provides unique insights that will help us compare vaccines produced in different ways to ensure the best disease prevention strategies." 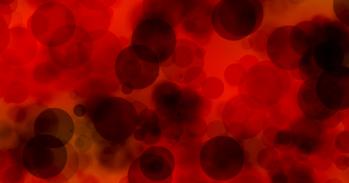 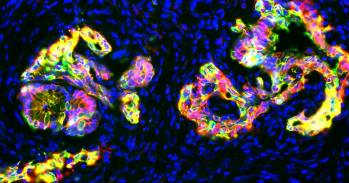