An article that Winston Churchill wrote but then banned from publication because of its “perverse” messages about the persecution of Jews has been uncovered by a Cambridge University historian.

While most people would accept that Churchill was no anti-Semite, this sheds fascinating new light on his views about Jews, which were very inconsistent."

The remarkable document, written in 1937 by the future Prime Minister and entitled How The Jews Can Combat Persecution, was unearthed by Dr Richard Toye, after apparently lying unnoticed since the early months of World War II.

Churchill's private office stopped its publication by the Sunday Dispatch in March 1940, weeks before he was suddenly elevated to the post of Prime Minister. The newspaper's editor was told that it would be "inadvisable" to print and the article has since remained in the Churchill Archives which are now fully catalogued and available, allowing such material to be easily identified.

Dr Toye speculates in his new book, Lloyd George & Churchill that the future Prime Minister's actions may have been due to the essay's controversial content. While Churchill clearly disapproved of the Jews' persecution, he also argued: "they have been partly responsible for the antagonism from which they suffer."

Churchill argued that "the wickedness of the persecutors" was not the sole reason for the ill-treatment of Jews down the ages. Although he described Jews as "sober, industrious and law-abiding" and praised their willingness to fight and if necessary die for the country they lived in, he added: "Yet there are times when one feels instinctively that all this is only another manifestation of the difference, the separateness of the Jew."

In some ways foreshadowing modern-day debates about multiculturalism, the paper criticised the "aloofness" of Jewish people from wider society and urged them to make the effort to integrate themselves more. Otherwise others would continue to see Jews as "Hebrew bloodsuckers" - a view that Churchill himself did not share.

Churchill criticised Jewish employers in the clothing trade - in which the labour force was also predominantly Jewish - and their use of sweated labour. The fact that refugee Jews escaping the Nazi regime in Germany were also willing to work for lower wages was, in his view, "bad citizenship" - because it forced English workers out of jobs - and "bad policy", creating anti-Semitism.

"While most people would accept that Churchill was no anti-Semite, this sheds fascinating new light on his views about Jews, which were very inconsistent," Dr Toye said.

"At the time publication was attempted he was trying to keep his head down in political terms and avoid controversy. It is quite possible that he had second thoughts about what he had written three years earlier."

"It was perverse to argue that low-paid Jewish workers were the victims of their Jewish bosses and, at the same time, that they were acting unfairly by taking employment from 'English people'."

Churchill's article was originally offered to the US publication Liberty in 1937. It was withdrawn when Collier's, another magazine for which he wrote, objected to any of his articles appearing in a rival magazine. Churchill nevertheless then tried to have it run in the British Strand Magazine - but they had already taken a similar article by former Prime Minister David Lloyd George.

Early in 1940, the Sunday Dispatch editor Charles Eade came across the unpublished article while republishing some of Churchill's old journalism. On March 7th of that year he wrote to Churchill's secretary, Kathleen Hill, enthusing about its content and asking for permission to publish. Churchill, now First Lord of the Admiralty, refused. In May he became Prime Minister, and Britain was soon under threat of invasion.

The essay itself does not appear in subsequent collections of Churchill's writing and may have remained buried in the archives until it was found by Dr. Toye.

"It appears to have been overlooked - I think a lot of people thought that the file it was in only contained copies of articles that had already been published," he said. "I was looking for any reference to do with his relationship with Lloyd George, but at the time I thought I was doing the archival equivalent of bin-raking! We can only speculate as to why Churchill suppressed its publication. The reply from his secretary simply says that he deemed it 'inadvisable'." 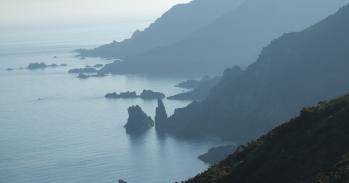