The snowshoes, knife and boots belonging to Roald Amundsen as he led the first team to reach the South Pole are among objects on display in the UK’s first ever full-scale exhibition on the life of the Norwegian explorer, opening at the Polar Museum on September 2.

In a career as an explorer which spanned more than 25 years he achieved more than most people do in a whole lifetime.

The museum, part of Cambridge University’s Scott Polar Research Institute, is celebrating the life and exploits of the man regarded as one of the greatest polar explorers in history.

His many, almost superhuman, accomplishments included the first transit of the Northwest Passage, conquering the South Pole, attaining the North Pole, crossing the Arctic Ocean by airship and completing the first journey around the Arctic Ocean.

Amundsen’s place in polar history is secure. What Amundsen understood was the value of thorough planning, preparation and continuous adjustment to local conditions. His methods are as valid today as they were a hundred years ago.

Librarian and Keeper of Collections at SPRI, Heather Lane, said: “A hundred years after the expeditions made by Scott and Amundsen, cooperation between British and Norwegian scientists has never been stronger. It seemed fitting that the Polar Museum should celebrate Amundsen’s life and achievements. Though mainly known in Britain as the first person to the South Pole, there is so much more to this extraordinary man.

“In a career as an explorer which spanned more than 25 years he achieved more than most people do in a whole lifetime.

“This exhibition examines his life from his youthful aspirations to emulate his hero, the famous 19th century Arctic explorer Sir John Franklin, through a career learning the skills of polar travel which would propel him to worldwide fame and ultimately to his death attempting to rescue another polar explorer.

“In this centenary year of the first attainment of the South Pole, we are keen to make British audiences aware of Amundsen’s extraordinary achievements in polar exploration. We are most grateful to our colleagues at the Fram Museum in Oslo for their help in making this exhibition possible.”

Other items in the exhibition include the South Pole sledging flag and ice axe belong to Amundsen’s team-mate Oscar Wisting, a film camera taken on the same expedition, a waterproof container for matches, a sledge compass dated at the South Pole on December 14, 1911 and, perhaps more eccentrically, a biscuit taken to the Pole which has been framed and signed by Amundsen.

His own personal knife, certified as being the one taken to the Pole, is also amongst the many items which have never before been on display in Britain.

Although best remembered as the man who got to the South Pole before Captain Robert Falcon Scott’s British team, the exhibition will show how his meticulous attention to detail and long years of learning from the Inuit of northern Canada made him, perhaps, the greatest polar explorer of all time.

Amundsen started his career as second in command on the Antarctic expedition, Belgica (1897-99). Due to poor leadership, the voyage was heading for disaster until Amundsen, helped by the ship’s doctor Frederick Cook, took command and saved the lives of the members of the expedition. Between 1903 and 1906, Amundsen led the first expedition to sail a ship though the Northwest Passage - a feat which had defeated men since the fifteenth century.

In 1911 he led the first party to reach the South Pole, arriving there over a month ahead of Captain Scott’s British team. From 1918 to 1925 he led an expedition to investigate Arctic drift. He learned to fly and attempted several times to reach the North Pole by plane, but finally succeeded by airship. He died in 1928 flying north to search for fellow explorer, the Italian Umberto Nobile. Although Nobile and his crew were eventually found, Amundsen was never seen again. 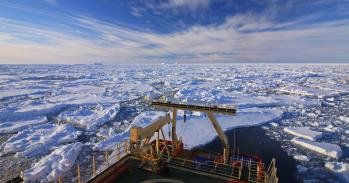 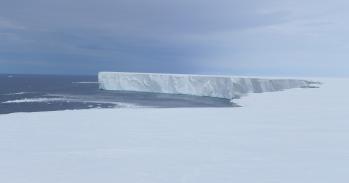