An innovative dance performance with creative input from Professor Nicky Clayton, a expert on bird cognition, goes on tour this week. The Rambert Dance Company's newest production - Seven for a Secret, Never to be Told - is an exploration of childhood inspired by the age-old nursery rhyme about magpies and informed by science.

It’s all a question of the magic of movement. While we might be able to speak, we say so much more with our bodies.

Cambridge psychologist Professor Nicky Clayton is passionate about two things: birds and dance. Until recently, these apparently disparate strands of her life ran in parallel. By day, she carried out her ground-breaking research into the behaviour and cognition of both corvids (the crow family) and children; by night, she danced, specialising in Latin styles and teaching Argentinian tango and salsa. Her colleagues in the Department of Experimental Psychology were aware that she danced but didn’t realise how much of her free time she devoted to it. Her dancing partners knew simply that she was a scientist with lots of energy who was always up for learning something new.

In 2009, something happened to change all that: Clayton was introduced to Mark Baldwin, artistic director of the Rambert Dance Company, at a lunch given by Stephen Keynes, great-grandson of Charles Darwin, in his house just outside Cambridge. Earlier this year – as a direct result of the conversation that took place in Keynes’s kitchen that bitter January afternoon – Clayton became the Rambert’s first ever Scientist in Residence.  She describes this appointment as “a dream come true, something so wonderfully serendipitous and inspiring. It brings two aspects of my life together in a way that energises both of them”.

Last week saw the London premiere of a new dance work – Seven for a secret, Never to be told – choreographed by Baldwin in collaboration with Clayton.  Opening in Bradford on Wednesday, it will tour seven cities round the UK this autumn and next spring. Seven for a Secret takes its title from a line of the traditional nursery rhyme about magpies, One for sorrow, Two for joy. Magpies like jays are part of the corvid family and the dance draws on Clayton’s research into the cognition and movements of both magpies and children.

As an experimental psychologist, Clayton’s work challenges how we think about intelligence and about animal behaviour in particular. Over the past few years Clayton has worked with young children (aged four to ten) as well as birds. In both cases, she is particularly interested in how much they convey with movement.  “Essentially, in studying corvids I am studying what it is to think without reliance on words. It’s all a question of the magic of movement. While we might be able to speak we say so much more with our bodies,” says Clayton.

“As a scientist I work with birds, observing their behaviour, designing experiments to understand them better, and taking care of their welfare. Mark works with dancers, developing their individual abilities, and making sure that they are a cohesive team. We both work in fields that are highly competitive yet depend on close collaboration so we have much more in common that you might think.”

Clayton’s work on corvids is truly pioneering: in 2010 she became one of the youngest-ever fellows of the Royal Society and she has recently received a number of awards for science. She is keen to point out that her work would not be possible without her hard-working and supportive colleagues and what she calls her “lab family”, both feathered and otherwise.

The importance of public engagement and making science accessible to the widest possible audience is something close to Clayton’s heart. She has contributed to the Cambridge Science Festival numerous times and is planning an event for the 2012 festival called Dancing to Letters. Tomorrow (22 November) she will be talking to Professor Jim Al-Khalili as the latest guest on BBC Radio 4’s highly-acclaimed series The Life Scientific (9.00-9.30am repeated at 9.30-10.00pm).  Listeners will be able to hear not just from Clayton herself but also from those who have worked with her – including Baldwin – and her husband, Nathan Emery.

Clayton’s career has defied stereotypes. She was brought up in Blackpool and started dancing when she was four. It was an enthusiasm encouraged by her parents who saw that she needed a focus that was both mentally and physically challenging. An early love of ballet led to jazz and Latin dancing - especially Cuban salsa and Argentine tango.  While still at primary school, she became fascinated by birds. “I’ve always been drawn to movement – watching movement and wanting to fly myself. It was their movement that first drew me to birds, watching them in the garden, and wondering what they were so busy doing,” she says.

At sixth form Clayton’s biology teacher, with whom she remains in touch, was her inspiration and gave her the confidence to apply to Oxford University to read zoology. At Oxford, where she later returned to do post-doctoral research under Lord John Krebs, she baffled academics with her combination of academic brilliance and love of fashion. “I was always a girly girl.  At home I drove my dad barmy by putting on endless shows with my dollies. At Oxford, I wore miniskirts perched on high stilettos. My feet at size 34 are made for Christian Laboutin and Jimmy Choo. It didn’t always go down too well.”

An enthusiasm for all things girly came with single minded dedication to finding answers to big questions such as what do birds and children know about the world, what do they understand about other minds and other times.  At Cambridge, where she has been since 2000, Clayton’s research has shown how sophisticated the corvid family is in terms of cognition and social networks. Her work has significantly increased our grasp of thinking without language and has shone new light on the evolution of the brains of different species, all descended from the same ancestor.  She has shown, for example, that corvids are capable of planning and subterfuge. Male and female pairs of corvids bond for life, work together, and can be seen moving in perfect synchronicity. They also dance.

“Some birds – such as the manakins and birds of paradise – spend 90 per cent of their time dancing, the males performing displays to dazzle and woo the females,” says Clayton. “Dancing is something central to their lives – their movements are a vivid illustration of their connectivity, communication and intelligence.”

Seven for a Secret is not the first ballet to have benefited from Clayton’s input. Soon after meeting Badwin, Clayton was invited to advise the Rambert on a production devised to celebrate the 200th anniversary of Charles Darwin’s birth. The Comedy of Change, a dance based on ‘On the Origin of the Species’, won the company several prestigious awards.  With Seven for a Secret now launched to the world, Clayton and Baldwin have other projects under way, including a ballet called What Wild Ecstasy which will have its London premiere at Sadler’s Wells in May 2012.

How does Clayton feel seeing Seven for a Secret – her first project as Rambert’s Scientist in Residence - take to the stage?  “It’s amazing – and it’s inspiring. It takes my intellectual curiosity to new heights. I feel incredibly proud of the dancers involved, and the brilliant Mark Baldwin, and of our wonderful collaboration. “ 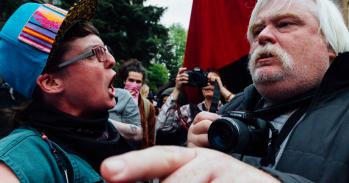 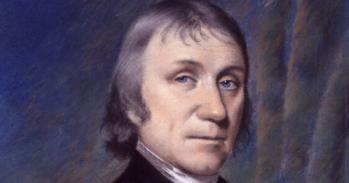 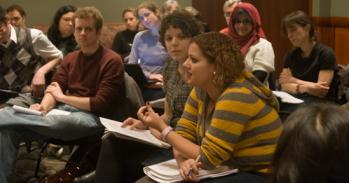 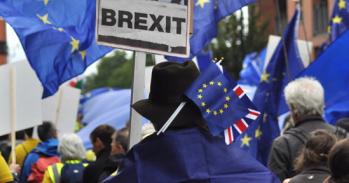