Perhaps elephants' sense of smell is one of their primary senses, meaning that they prefer to use it when navigating their physical world.

A new study reveals that elephants are not able to recognize visual cues provided by humans but are responsive to vocal commands. These findings may directly impact protocols for future efforts to conserve elephants, which are in danger of extinction in this century due to increased poaching and human/elephant conflict.

The study, led by Dr Josh Plotnik from the University of Cambridge and founder of Think Elephants International, a not-for-profit organization that strives to promote elephant conservation through scientific research, education programming and international collaborations, was designed in partnership with and co-authored by 12-14 year-old students from a middle school in New York. It was recently published in the scientific journal PLOS ONE.

"Dogs have a great sense of smell, but appear to be able to follow human pointing as a way of finding food," said Dr Joshua Plotnik, founder and CEO of Think Elephants and a researcher at the University of Cambridge. "Perhaps elephants' sense of smell is one of their primary senses, meaning that they prefer to use it when navigating their physical world."

The research tested whether elephants could follow visual, social cues (pointing and gazing) to find food hidden in one of two buckets. The elephants failed at this task, but were able to follow vocal commands telling them which bucket contained the food. These results suggest that elephants may navigate their physical world in ways that primates and dogs, prior subjects of animal cognition studies, do not. 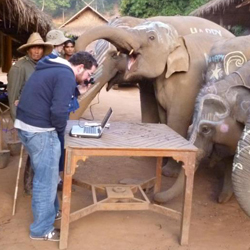 In the field of animal cognition, there has been considerable attention focused on how animals interact with each other and humans. Particularly, there is a lot of interest in how dogs are able to read social cues to understand what people see, know or want. Remarkably, non-human primates such as chimpanzees are not good at this, suggesting it may be that through domestication or long-term human contact, dogs have developed a capacity for following social cues provided by people. Think Elephants aimed to test elephants on this because they are a wild, non-domesticated species that, in captivity in Thailand, are in relatively constant contact with humans.

The study's findings have important implications for future protection protocols for wild elephants. According to Dr Plotnik, "If elephants are not primarily using sight to navigate their natural environment, human-elephant conflict mitigation techniques must consider what elephants' main senses are and how elephants think so that they might be attracted or deterred effectively as a situation requires.

“The loss of natural habitat, poaching for ivory, and human-elephant conflict are serious threats to the sustainability of elephants in the wild. Put simply, we will be without elephants, and many other species in the wild, in less than 50 years if the world does not act."

To mitigate this, Dr Plotnik suggests additional research on elephant behaviour and an increase in educational programming are needed, particularly in Asia where the market for ivory is so strong. 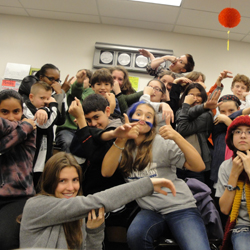 The publication of the research is the climax of a three-year endeavour to create a comprehensive middle school curriculum that brings elephants into classrooms as a way to educate young people about conservation by getting them directly involved in work with endangered species. Think Elephants' education program in NYC is a pilot that will be expanding to Thai schools later in 2013.

The students were integrally involved in the development of this study, even helping to design some of the experimental control conditions. The study was carried out at Think Elephants' field site in northern Thailand, and students participated via webcam conversation and direct web-links to the elephant camp. This shows that collaborations that include both academics and young students can be productive, informative and exciting.

According to Dr Jen Pokorny, Think Elephants' head of education programs, "We are so proud of our pilot program with East Side Middle School and hope to use this as a model for other schools. This wonderful group of students had an opportunity that very few young people have and, as a result, are now published co-authors on a significant piece of animal behaviour research.

“Think Elephants is committed to showcasing these productive, informative and exciting student collaborations, and we believe similar studies can help to change the way in which young people observe and appreciate their global environment."

Inset image: Josh Plotnik with elephants and some of the co-authors of the research 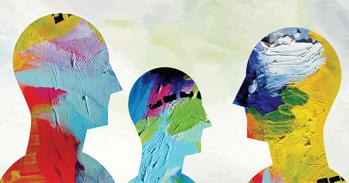