A survey carried out earlier this year has found the first evidence of the ‘superbug’ bacteria Methicillin-Resistant Staphylococcus Aureus (MRSA) in sausages and minced pork obtained from supermarkets in the UK. However, researchers stress that this does not pose a significant immediate risk to the public.

In February, a team of researchers funded primarily by the Medical Research Council bought and analysed a total of 103 (52 pork and 51 chicken) pre-packaged fresh meat products, labelled as being of UK farm origin, from supermarkets in five different locations across in England.

All of the meat products were frozen at -20 °C and sent to the Department of Veterinary Medicine at the University of Cambridge for testing. After thawing, researchers disinfected the exterior packaging before removing the meat. They then tested a 10g sample of meat from each packet and screened for MRSA. Two of the pork samples – one from sausages, one from minced pork – tested positive for MRSA; the sausage sample contained two strains of the bacteria.

In collaboration with the Wellcome Trust Sanger Institute an analysis of the genetic make-up of the bacteria and confirmed the presence of antibiotic resistant genes. The analysis showed that the bacteria belonged to a type of MRSA known as LA-MRSA CC398, which has emerged over the last few years in continental Europe, particularly in pigs and poultry, but was not previously believed to be widely distributed in the UK.

In many countries, LA-MRSA CC398 represents an occupational risk for those in close contact with livestock, particularly pigs and veal calves. Humans in contact with pigs (farm workers, abattoir workers and veterinarians, etc.) have significantly higher rates of the bacteria in their nasal carriage, according to epidemiological studies, for example. Other studies have revealed an association between clinical disease resulting from LA-MRSA CC398 infection and recent contact with pigs or pig farms. As with other MRSA, this type may be responsible for serious illness following wound or surgery site infections, although many people will carry MRSA on their skin or in their noses without showing signs of disease.

The researchers stress that adequate cooking (heating above 71°C) and hygienic precautions during food preparation should minimise the likelihood of transmission to humans via contaminated pork. However, they argue that the discovery of MRSA in pork identifies a potential way that the bacteria can spread from farms to the wider population.

While human contamination of carcasses or meat products in the abattoir or at the meat packing plant may occur, there is good evidence that these isolates are of animal origin – possibly through the use of antibiotics to treat or control infection in livestock.

As the tests use a highly sensitive method of detection of bacterial contamination, the numbers of MRSA bacteria present may be low. The researchers say that as the two infected samples contained processed pork (sausages and minced pork), they cannot rule out that the meat packing plants from which the MRSA from this study originated also handle imported meat. If this were the case, it is conceivable that cross-contamination might have occurred between non-UK to UK sourced meat.

Dr Mark Holmes from the Department of Veterinary Medicine at the University of Cambridge says: “This is the first time that MRSA has been detected in retail meat products in the UK. The public should not be overly worried by this as sensible food precautions and good hygiene should prevent its spread. It’s also usually pretty harmless and only causes health problems if it infects someone in poor health or gets into a wound.

“However, this does suggest that MRSA is established in our pig farms and provides a possible route of transmission from livestock, through those in direct contact with pigs, into the wider population.”

Dr Des Walsh, Head of Infections and Immunity at the MRC, added: “Studies like this are crucial not just to reveal concerns to human health through contaminated livestock, but to show resistance to antibiotics is a problem growing far beyond just humans. To win the fight against antimicrobial resistance, we need an all hands on deck approach, and that’s why we’ve teamed up with leading experts in biological, social and others sciences in a joint initiative designed to find new solutions, fast.”

The research was funded by the Medical Research Council, with additional support from the Alliance to Save our Antibiotics. The results of the study are published in the online journal Eurosurveillance.

Dr Holmes was recently awarded a further £1.58 million from the MRC to look into the effects of antibiotic use on the entire population of animal gut flora, not just the disease causing bacteria. His work, using research in pigs, will help scientists understand the evolution of antibiotic resistance and help to make better choices about how to reduce the spread of antimicrobial resistance on farms. 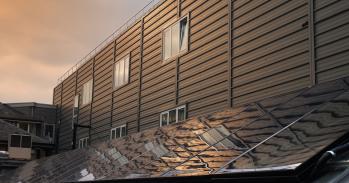