His arrest illustrates that the state cares more about minerals lying below the ground than the adivasis living above it.

They argue that Sen’s arrest and imprisonment for sedition – an offence introduced by the British in 1870 to suppress those fighting against colonial rule – should be seen against a broader canvas of the healthcare crisis in tribal areas of India, and understood in the context of a neo-colonial relationship between the Indian state and the tribal communities.

Sen was last month released on bail by order of India’s Supreme Court while he awaits a retrial in the central-eastern state of Chhattisgarh – where the paediatrician and human rights activist has worked closely with some of the most disadvantaged and marginalised members of society for more than thirty years.

Kennedy said: “The conviction of Sen provides a prism through which we can analyse broader health crisis issues in the central Indian tribal belt. His arrest illustrates that the state cares more about minerals lying below the ground than the adivasis living above it. Sen’s conviction and the health crisis among adivasis are not random in distribution or effect, but are symptoms of deeper pathologies of power.”

Adivasis have the highest under-five mortality rate (95.7 per thousand), highest percentage of undernourished children (54.5%) and the highest number of children without full immunisation (68.7%). In addition, 74.6% of births are not delivered by a skilled provider.

Such figures demonstrate that the health of India’s 84 million adivasis is significantly worse than that of the general population, even ‘untouchables’ (dalits or scheduled castes), who lie at the bottom of the caste hierarchy.

Historically, adivasis inhabited relatively inaccessible forests and mountainous terrain. However, over the last two centuries, they have suffered first at the hands of the Raj and, more recently, through exploitation by the Indian state and big business. Paradoxically, while adivasis’ traditional homelands have the richest deposits of minerals in India, adivasis are the most deprived community in the country.

This in turn has led tribal areas of Chhattisgarh to become a hotbed of India’s Maoist insurgency. Despite accounting for only two per cent of India’s population, Chhattisgarh has since 2001 been home to 37.4% of deaths resulting from insurgent activities.

It is against this backdrop that Sen has worked to improve the lot of adivasis since the early 1980s when he moved to live among mineworkers in Dalli Rajhara and set up a self-funded cooperative hospital.

He went on to form Rupantar, an NGO which operates in 20 predominantly adivasi villages in rural Chhattisgarh providing primary and preventive healthcare via volunteer health workers.

However, it is his work with India’s adivasis that provided the shaky foundations for his arrest and trial. In 2007 he was accused of involvement with the insurgents. Despite the evidence being contradictory on material points, Sen was convicted of sedition on Christmas Eve 2010 and sentenced to life in jail. The conviction was condemned by both Amnesty International and Human Rights Watch, who said the legal proceedings were politically motivated.

Sen for his part has strenuously denied any involvement with the insurgents – and has stated publicly that he has never condoned their actions, calling it an ‘invalid and unsustainable movement’.

Added Kennedy: “Adivasis have been increasingly harmed by industrial mining projects. The state uses colonial legislation such as the Land Acquisition Act to dispossess them of their land and sell it to mining companies, both Indian and foreign. However, the state has been far less active in providing the benevolent functions of the state, such as healthcare, education, development assistance and a functioning legal system.

“In contrast, the programmes Sen set up have helped reduce mortality rates, in the case of malaria by 80 per cent in seven years. His work as a physician in Dalli Rajhara was part of a broader movement to organise mining labour and improve working conditions. He has been very active in articulating his public health concerns and stepping in where the state has failed to do so.

“Exploitative power structures carried over from British rule continue to determine the relationship between adivasis and non-adivasis in independent India. Some observers have suggested that British colonialism has been replaced by internal colonialism.” 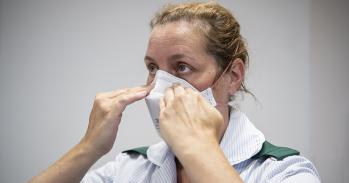