Compiled by a team of international wildlife and veterinary experts, a new study has identified seven routes by which pandemics could occur and 161 options for reducing the risk.

We can’t completely prevent further pandemics, but there are a range of options that can substantially reduce the risk.

It concludes that widespread changes to the way we interact with animals are needed; solutions that only address one issue – such as the trade in wild animals – are not enough.

The COVID-19 pandemic, thought to originate in a wild animal, has shown the enormous damage that can be wrought by a novel human disease. There have since been widespread calls for new regulations to control interactions with wild animals to prevent the emergence of another pandemic.

The authors of the new report argue that well-meaning but simplistic actions such as complete bans on hunting and wildlife trade, ‘wet markets’ or consumption of wild animals may be unachievable and are not enough to prevent another pandemic. Measures like these can be difficult to implement so must be carefully planned to prevent proliferation of illegal trade, or alienation and increasing hardship for local communities across the world who depend on wild animals as food.

Zoonotic diseases of epidemic potential can also transmit from farmed wildlife (such as civets) and domesticated animals (as exemplified by swine flu and avian flu), with greater risks occurring where humans, livestock and wildlife closely interact.

Compiled by a team of 25 international experts, the study considered all major ways that diseases with high potential for human to human transmission can jump from animals to humans (termed zoonotic diseases). The authors say that dealing with such a complicated mix of potential sources of infection requires widespread changes to the ways humans and animals interact.

“A lot of recent campaigns have focused on banning the trade of wild animals, and dealing with wild animal trade is really important yet it’s only one of many potential routes of infection. We should not assume the next pandemic will arise in the same way as COVID-19; we need to be acting on a wider scale to reduce the risk,” said Professor William Sutherland in the University of Cambridge’s Department of Zoology and the BioRISC Research Initiative at St Catharine’s College, Cambridge, who headed the research.

Some of the ways to reduce the risk of another pandemic are relatively simple, such as encouraging smallholder farmers to keep chickens or ducks away from people. Others, like improving biosecurity and introducing adequate veterinary and hygiene standards for farmed animals across the world, would require significant financial investment on a global scale.

The 161 options include:
• Laws to prevent the mixing of different wild animals or the mixing of wild and domestic animals during transport and at markets;
• Increase switching to plant-based foods to reduce consumption of, and demand for, animal products;
• Safety protocols for caving in areas with high bat density, such as use of waterproof coveralls and masks;
• Improve animal health on farms by limiting stocking densities and ensuring high standards of veterinary care.

“We can’t completely prevent further pandemics, but there are a range of options that can substantially reduce the risk. Most zoonotic pathogens are not capable of sustained human-to-human transmission, but some can cause major epidemics. Preventing their transfer to humans is a major challenge for society and also a priority for protecting public health,” said Dr Silviu Petrovan, a veterinarian and wildlife expert from the University of Cambridge and lead author of the study.

“Wild animals aren’t the problem - they don’t cause disease emergence. People do. At the root of the problem is human behaviour, so changing this provides the solution,” said Professor Andrew Cunningham, Deputy Director of Science at the Zoological Society of London and co-author of the study.

Solutions were focused on measures that can be put in place in society at local, regional and international scales. The study did not consider the development of vaccines and other medical and veterinary medicine options. It does not offer recommendations, but a set of options to help policy-makers and practitioners think carefully about possible courses of action.

All categories of animal - wildlife, captive, feral, and domestic - were included in the study. The focus was on diseases, particularly viruses, which could rapidly become epidemics through high rates of human-to-human transmission once they have jumped from an animal. This excludes some well-known zoonotic diseases such as rabies and Lyme disease that require continuous transmission from animals.

The report is currently being peer reviewed. The findings were generated by a method called Solution Scanning, which uses a wide range of sources to identify a range of options for a given problem. Sources included the scientific literature, position papers by Non-Governmental Organisations, industry guidelines, experts in different fields, and the expertise of the study team itself.

This work was funded by The David and Claudia Harding Foundation, Arcadia, and MAVA. 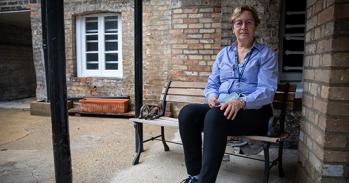 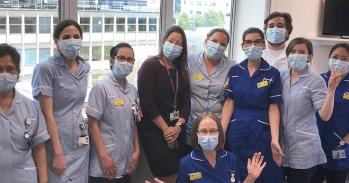 COVID-19 and the interspecies frontier 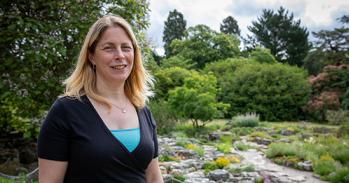