UK researchers have shown for the first time that instead of fleeing randomly when faced with danger, sheep head straight for the centre of the flock.

Having an understanding of normal behaviour means that changes in behaviour can be linked to the progress of neurological diseases such as Huntington’s disease.

Professor Jenny Morton from the University of Cambridge

Understanding this behaviour in healthy animals may help researchers understand the breakdown in social behaviours caused by neurological disorders in sheep, as well as those in humans, such as Huntington’s disease.

“Sheep must be attuned to their neighbours’ reactions to be able to flock like this. We are now using our approach to understand the breakdown of group behaviours that may occur when sheep are injured, ill, or have diseases. Having an understanding of normal behaviour means that changes in behaviour can be linked to the progress of neurological diseases such as Huntington’s disease,” says Professor Jenny Morton from the University of Cambridge, co-author of the study, published in Current Biology this week.

The findings support a 40-year-old idea put forward by evolutionary biologist Bill Hamilton. He suggested that creatures as different as insects, fish and cattle all react to danger by moving towards the middle of their respective swarms, schools or herds.

“Scientists agree that flocking behaviour has evolved in response to the risk of being attacked by predators. The idea is that being part of a tight-knit group not only increases the chances that you might spot a predator, but decreases the chance that you are the one the predator goes for when it attacks,” explains Dr Andrew King from The Royal Veterinary College (RVC), lead author the study.

Scientists call this the selfish herd theory – individuals benefit from being in a herd, because they can control where they are relative to their group-mates and any potential predator. This ends up lowering the likelihood of being grabbed by a big, hungry mouth.

But actually demonstrating this has thwarted many scientists, both because predator attacks are unpredictable and it’s difficult to track individuals in real time.

Researchers from the RVC, the University of Cambridge and University College London got around this problem by fitting 46 sheep and an Australian Kelpie working dog with mini backpacks loaded with GPS receivers.

They then instructed the dog to herd the sheep towards an open gate on a farm near Adelaide in South Australia. They repeated the exercise twice more, then used the data they collected to calculate exactly where the centre of the flock was, how far the Kelpie was from the middle of the flock, as well as how far each sheep was from the middle of the cluster on a second-by-second basis.

They found that when the dog got within 70 metres of a sheep, the sheep would try to get to the centre of the flock until eventually they were in a tight cluster.

“If we put similar backpacks on insects, fish and other creatures that swarm, shoal or herd, we’re confident we’d see similar patterns. But, by using sheep, we could directly test Hamilton’s prediction, because we had control of the system we were testing,” says Professor Alan Wilson, Head of the Structure and Motion Laboratory at RVC, who co-authored the study.

The study was funded by CHDI Foundation, Inc., a not-for-profit research organization exclusively dedicated to developing therapies that will slow the progression of Huntington’s disease, while King was supported by the Natural Environment Research Council (NERC). 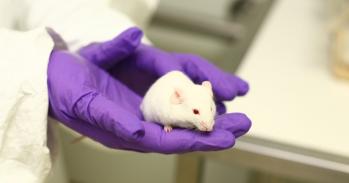 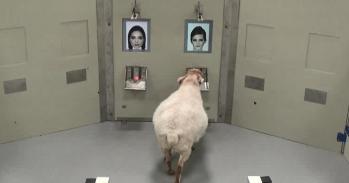 Sheep are able to recognise human faces from photographs 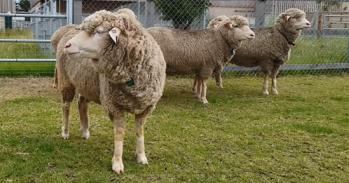 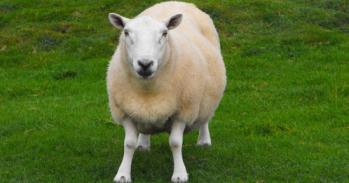