Germany is the happiest country in the world, according to a happiness map based on Twitter users.

We have learnt to predict sentiment from the complex interactions between emoticons and words.

The country rated highest on the map which rated words and icons used to describe happiness on social network site Twitter.

It was closely followed by Mexico, the US, the Netherlands and Denmark. Sweden lived up to its depressive reputation and rated lowest, although the map only tracked those countries where there was enough tweeting going on to make a rating possible. Other countries which scored among the lowest on happiness were Colombia, Argentina, Malaysia and Canada.

The UK was fairly unhappy, rating 18th out of the 25 countries measured. This compared with India, which rated 7th. In Africa, Egypt was several places ahead of Nigeria.

The map was compiled by Gates scholar Alex Davies who determined levels of happiness from looking at high-level correlations between words and emoticons. Due to the high number of tweets from the US and Brazil, Alex was able to break down the happiness rating by regions. It shows that in the US, Tennessee and Colorado are the happiest states with Nevada and Mississippi the least happy. New Yorkers and Californians are somewhere in the middle with New Yorkers slightly more upbeat than their West coast counterparts.

Alex looked at where people were and what they were Tweeting and created language models to assess the distribution of words and icons associated with happiness and unhappiness.

"It was important to have a model that was not just tied to English words, so it is in part based on smiley faces," he says. "As tweets are very short, emoticons in them provide a good indicator of whether a person is happy or sad. But for tweets without emoticons, we have learnt to predict sentiment from the complex interactions between emoticons and words."

This involves tracking tweets with words that appear together more often as well as those that appear with particular emoticons. This explains, for instance, why the late footballer Dean Richards is listed among the sad terms on the UK map.

In addition, since Twitter is a very multi-lingual site, even within countries, various languages often appear in words for any given country. Alex, who is from Australia, started his PhD in Engineering in October. He says his work on the happiness map may not form part of his PhD. His main interest is in statistical modelling. 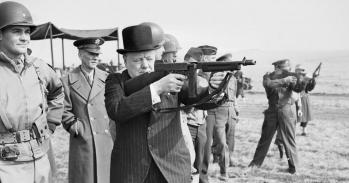