Freeze Frame: through the eyes of the polar explorers

An ambitious project is making accessible some of the most important visual resources for research into international polar exploration.

Growing public interest in changes to the polar ice caps, as well as the forthcoming centenaries of the ‘Heroic Age’ expeditions, have provided the impetus for SPRI to promote research into its collections.

The Scott Polar Research Institute (SPRI) holds a unique photographic collection that documents over a century of journeys to the Arctic and Antarctica – two of the last great wildernesses on Earth. The archive is among the richest in the world for the study of polar environments but is extremely fragile, and for the past two years a team at SPRI have been working to capture and preserve over 20,000 of their photographic negatives. Now nearing completion, the JISC-funded project will be available online as Freeze Frame, opening up this unparalleled resource to those wishing to discover the history of polar exploration for themselves.

Spanning 1845–1982, the images represent the great wealth of history of exploration and embrace some of the most iconic photographs of their time: the men, their ships, sledges and skidoos; tents, huts and rations; equipment for survival and for scientific investigation; as well as stunning images of the Arctic and Antarctic landscapes. The collection includes photographer Herbert Ponting’s entire visual archive (some 1700 glass plates) taken on Captain Robert Falcon Scott’s Expedition (1910–1913) to reach the South Pole. Also featured are images from Ernest Shackleton’s valiant attempt in 1915 to achieve the first land-crossing of the Antarctic, and the only known daguerreotypes of Sir John Franklin and his crew, taken in 1845 prior to their fateful voyage in search of the Northwest Passage.

The collection provides a record of the living conditions and the scientific efforts of the men involved in polar exploration. This is an invaluable resource to researchers who are interested in exploring the history of extreme physiology and human endurance, such as Dr Vanessa Heggie from the Department of History and Philosophy of Science. Dr Heggie will be using the Freeze Frame materials as she starts work on a project examining the experiments and observations that were undertaken on various trips to the poles, since these were central to some of the earliest understandings of how the human body reacts to low temperatures. This type of research has diverse applications, from improving the provision of emergency medical aid during natural disasters to designing medical supervision for ultra-endurance sports.

Growing public interest in changes to the polar ice caps, as well as the forthcoming centenaries of the ‘Heroic Age’ expeditions, have provided the impetus for SPRI to promote research into its collections. In so doing, this visual archive will be accessible to a global audience, from schoolchildren in Nunavut and northern Greenland investigating their polar heritage, to university researchers with an interest in the development of polar technologies, physiology at low temperatures or the changing shape of the cryosphere.

Digitisation of related documents – personal journals and official expedition reports – will provide historical and cultural context. Many of the images are unpublished, having been rediscovered within private albums and personal collections. A series of interpretative web pages and e-learning resources will provide access to these hidden collections for all educational levels. The hope is that Freeze Frame will encourage users to discover polar environments through the eyes of those who dared to venture there. 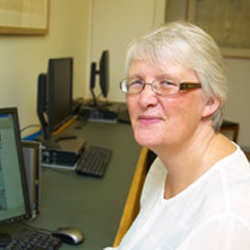 For further information, please contact the author Heather Lane (freezeframe@spri.cam.ac.uk), Librarian and Keeper of Collections, Scott Polar Research Institute. Freeze Frame was funded by the Joint Information Systems Committee (JISC) and will be launched on 1 March 2009. 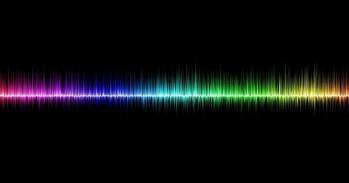