Changes in the clothing industry have fashioned a new look for how manufacturing and retail is managed globally.

We enquired how national, institutional and political contexts have shaped competitiveness, as well as explored how contractors view the relationships with their various national buyer firms.

Twenty-five years ago, the clothing industry in the UK, the USA and other western countries was very different to the industry we see today. Production was organised almost entirely within the respective country and companies employed a very large, semi-skilled labour force. The ‘value chain’ – the activities from conception of the product, through its production, to its final sale that add value at each stage of the chain – was overseen by skilled managers, technical experts and designers. Today, outsourcing and offshoring have reshaped the industry, just as they have reshaped many other industries worldwide. Depending on the management strategy adopted, many companies have relocated several steps in the chain to low-wage countries around the globe, and today only 10–20% of clothing is manufactured in western countries.

How are companies responding to the pressures associated with globalisation and particularly how are they managing the fragmented value chain? To research this question, a collaborative project ‘Globalising Behaviour of UK Firms in a Comparative Context’ has been undertaken jointly by a team in the Cambridge Centre for Business Research, based at Judge Business School, and the Industrial Performance Center at Massachusetts Institute of Technology (MIT). Financed by the Cambridge-MIT Institute (CMI), the project focused on pharmaceuticals, publishing and – the focus of our book – textiles and clothing.

Much of our research was conducted in the ‘field’ – in Britain, the USA and Germany – carrying out in-depth, qualitative interviews with top managers/owners of clothing, textile and retail companies, as well as industry experts. We spoke to suppliers to our western firms in three very important (in terms of import volume) sourcing countries: China, Turkey and Romania. We explored the geographical and organisational aspects of the clothing value chain. And we asked how managers configure the value chain and whether relations with contractors in different parts of the globe are organised in nationally distinctive ways.

Even within such a highly globalised industry as clothing, we discovered that the configuration of the value chain is still influenced by the social institutional context of our firms’ home country. Highly distinctive product paradigms were retained by companies from Germany, the UK and the USA, determined by the material and the human resources that firms can access; by the capabilities developed as a result; by the regulatory climate; and by the nature of consumer demand.

German clothing firms produce mainly branded clothing for the upper-middle market, destined for older and more conservative consumers both at home and in Europe. UK companies concentrate more on middle and lower-middle market private-label fashion clothing for the younger consumer and they mainly service the domestic market. US clothing firms pursue yet another strategy, combining the production/in-licensing of branded and private-label clothing. They serve a diversified mainly middle to lower-middle market, with more classical fashion and fashion basic garments. The export performance of US firms is not as good as German firms’ but is better than that of UK firms.

These diverse strategies, in turn, affect the divergent relations established with suppliers in low-wage countries. In order to achieve control, buyer firms seek to integrate their suppliers to differing degrees. This is expressed through more relational contracting by German firms, market-type arms’ length relations by US firms, and by British firms taking a position between these two extremes. One notable exception to national influence is evident in the management of labour, where low costs and a low incidence of unionisation in supplier countries provided the impetus for outsourcing in the first place. 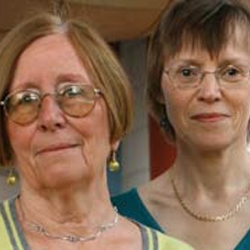 Our book was conceived as a multi-level study, encompassing various geographical and political-regulatory levels, and designed to capture the complexity of this globalised industry.

The global production networks of western buyer firms are highly dynamic and have been influenced, though not always in the intended direction, by frameworks seeking to protect the US and European industries, such as the 1995 Agreement on Textiles and Clothing. Following the end of this agreement and consequent abolition of export quotas for developing countries on 31 December 2004, the networks have become increasingly influenced by the competitiveness of their suppliers.

We enquired how national, institutional and political contexts have shaped competitiveness, as well as explored how contractors view the relationships with their various national buyer firms. We found that regulatory frameworks channelled the activities of companies to a very significant degree and partly explained their relatively high mobility between sourcing countries and contractors. They have not, however, afforded the western clothing industries the protection they were intended to provide. Instead, they have drawn more and more developing countries into the industry, greatly intensifying global competition and its harmful effects on labour.

According to our research, the dominant position in the value chain has been assumed by the fashion retailers, owing to the high levels of capital concentration in retail and because of their greater closeness to final consumers. Electronic point-of-sale technology provides retailers with superior knowledge of the quantity and, particularly, the quality of demand. This dominance expresses itself in the retailers’ ability to determine pricing, lead times and the modalities of clothing delivery, as well as production quality. Their much increased influence over western middleman ‘manufacturers’ is passed on by the latter to contractors in developing countries who, in turn, pass on competitive pressures to labour, the relatively defenceless social group at the end of the chain. Again, national differences prevail. In the less highly concentrated German retail sector, ‘manufacturers’ still retain some influence and relations are more cooperative. These divergent power relations, in turn, determine the degree of adversarialism present in global networks.

In the context of a globalising economy, research into the clothing industry has granted us many valuable insights, from the dynamics of global production to the changing geo-political and regulatory frameworks that shape the globalisation process and entrench polarisation between developed and developing countries. The clothing industry was the first to engage in large-scale outsourcing and as such provided a template that many other industries have since copied. Ironically perhaps, the fashion industry is sometimes regarded as an ‘unfashionable’ industry to study, yet it retains an enduring fascination for scholars of value chain dynamics and comparative capitalisms.

For more information, please contact the book’s first author Professor Christel Lane (col21@cam.ac.uk) at the Department of Sociology. Dr Jocelyn Probert is at the Centre for Business Research, based at Judge Business School.