A new survey of public attitudes towards energy and the environment has shown a clear divergence between people’s views as citizens and their actions as consumers.

A new survey of public attitudes towards energy and the environment has shown a clear divergence between people’s views as citizens and their actions as consumers.

The Electricity Policy Research Group (EPRG) at the University of Cambridge commissioned YouGov to survey 1000 UK residents on issues ranging from the future of the electricity supply to their current purchasing decisions.

While climate change concerns are voiced most strongly among the young, Liberal Democrat voters and Guardian/Independent readers, these attitudes are not translated into personal action.

The poll showed, for example, that Guardian/Independent readers are no more likely to have taken any specific energy saving actions than tabloid readers, and are actually less likely to have insulated their homes.

Paradoxically, older people who are least concerned with climate change are also far more likely to have taken concrete action to save energy, including buying energy efficient light bulbs, insulating their homes and lowering their thermostats.

The survey also revealed that while half of the respondents had changed electric or gas suppliers in the past five years, 90% cited reasons of price and just 4% claimed greener energy as the reason they switched.

The EPRG report ranked environment and fuel prices among the top ten issues facing the UK and placed climate change as the top environmental concern.

The poll discovered significant support for investing in renewable energy, with over two-thirds of respondents saying they would support wind farms even if situated in their own locality.

Roughly half of the people surveyed supported the building of new nuclear power stations, provided they were based on existing sites. Surprisingly, one-third supported the establishment of new sites around the country.

Coal-power was considered the least popular energy option, although opinions improved when those surveyed learnt more about developments in carbon dioxide capture and storage technologies.

Dr David Reiner, Course Director of the MPhil in Technology Policy at Judge Business School, University of Cambridge and author of the report, said: "There is a real engagement among the British public on questions of energy and environment, particularly over climate change. There is a willingness to support government policies, but even those groups that are the strongest supporters of policy action do not translate this support into their personal energy saving behaviour. They show a clear divergence between their views as citizens and their actions as consumers." 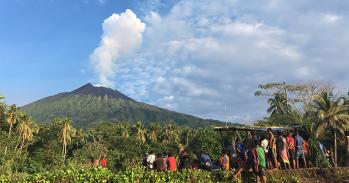