University of Cambridge researchers have shown that viruses use aphids as pawns, discouraging the insects from permanently settling on already-infected crops and using this forced migration to spread infection to healthy vegetation.

Aphids are sap-sucking insects that attack many different types of plants and are major transmitters of crop-infecting viruses. By altering plant biochemistry, crop-infecting viruses cause vegetation to smell and taste unpleasant to visiting aphids. This repels the insects, causing them to move swiftly away to healthier plants, unwittingly transporting and spreading the virus.

This BBSRC-funded research could have significant impact on African agriculture. Working with various agencies, Dr John Carr and colleagues aim to help resource-poor farmers by deploying plants to act as aphid-decoys, drawing the insects away from crucial crops and halting the spread of infection through these farmers’ livelihoods.

About this research, Dr Carr said: “The work started almost accidentally when about five years ago a student and I noticed that aphids became sick or died when confined on a virus-infected plant.  It’s an illustration of how research driven by curiosity can lead to findings that could have a positive impact in the real world - in this case in combating crop-damaging insects and the viruses they transmit.”

The Cambridge team collaborated with researchers at Imperial College, London, using Arabidopsis plants as hosts and monitoring the effect that the crop-infecting cucumber mosaic virus had. It was observed that the virus launched a concerted attack on the plant’s immune system whilst concurrently altering its biochemistry; in this way, the weakened Arabidopsis plant was unable to fight off either its attacker or visiting aphids. The aphids, instantly repelled by the smell and taste of the plant, left for healthier plants, but not before landing on the plant and contracting the virus. In this way, the mosaic virus ensured that the spread of the infection would be self-sustaining and highly efficient.

This research focuses on an example of what evolutionary biologist Richard Dawkins has called the ‘extended phenotype’. For Dawkins, the word ‘phenotype’ (the traits of an organism) should not be limited solely to biological processes, but should also be used to describe all effects that a gene has on the organism or environment in which it exists, or other organisms nearby. In this case, it was discovered that a virus influences the infected host, the Arabidopsis plant, and forces the host to change in a way that is beneficial to the parasite.

This revolutionary research has been done as part of a £16-million initiative to use bioscience in the improvement of food security in developing countries. Bioscience is playing an increasingly crucial part in meeting the challenges of feeding an ever-expanding population, projected to increase to 9 billion people by 2050. By developing ways to mitigate pest impact and reduce the spread of parasites, scientists are working to ensure successful harvests, now and in the future.

The study was published in the journal PLOS ONE.

European summer droughts since 2015 unprecedented in past two millennia 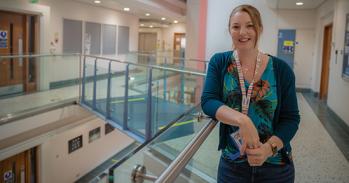 Unexpected experiences: Katy Pitts describes preparing the department for her colleagues to return to the workplace