Research into new education practices that fuse computing with music-making shows they create “enquiry-rich” conditions that empower children to take risks, and could help free future musicians from ‘locked-in’ hardware and fuel the creative economy.

A new model of creative education could revolutionise the teaching of both music and computing in and out of the classroom, fostering new ‘learning pathways’ that inspire the digital skills and willingness to experiment needed for creative industries, according to research by Cambridge University’s Faculty of Education.

The Sonic Pi: Live & Coding (SPL&C) project sought to develop a model for arts led partnerships that could transform music education by exploring the creative potential of live coding to provide new pathways for young people into digital music.

Developed within the University of Cambridge’s Computer Laboratory, Sonic Pi is free software which enables the transformation of the ultra-cheap credit card sized Raspberry Pi computer - produced to encourage people to learn programming - into a fully customisable musical instrument through the power of code.

The software is at the heart of a new educational approach, highlighted during Sonic Pi: Live & Coding project trials in two secondary schools in Cambridgeshire and Hertfordshire, as well as a week long summer school for 10-14 year olds in collaboration with SPL&C partner and cultural venue Cambridge Junction. Lessons were a mixture of music and ICT, with a focus on imagination, performance and independent exploration.

Researchers say that using basic coding to compose and improvise digital music encourages and rewards risk-taking, as well as building confidence and vital digital proficiency. Users are also able to ‘live code’ – performing live in front of an audience.

The researchers harnessed a multi-agency, collaborative approach with SPL&C, involving teams of music and computing teachers working alongside instrumental music teachers, artists, researchers and technologists. They found that crossing the boundaries between subject discipline teachers lead to innovative team teaching.

If similar artistic computing approaches became widely embedded within the curriculum, it could boost the future health of the UK’s creative economies, they say, and enable classrooms to help build resistance to “commodified content consumption” in young people.

The first evidence from the project will be released along with the launch of a teacher toolkit at the SPL&C summit, held in Cambridge on Tuesday 4 November. Music educators across the country will be able to access a bank of free online resources including SPL&C lesson plans, films and guidance documents.

“This mode of education encourages risk-taking in a safe space. In live-coding music, people improvise with themselves, listening and watching the code, pushing it to the point where at times it crashes in a collision of code. Watching how young people problem-solve to code their way out of a collision is very exciting to see.”

Risk taking and not being afraid to fail is the most essential part of digital creativity, says Burnard. “Digital learners do take more risks in the pursuit of making new music; they learn to think different about how they can create new music, taking smart risks in order to learn from them,” she said.

“Code crashing and making mistakes became nothing to be ashamed of, and young people quickly became creative confidants in new ways of digital music making.”

Sonic Pi v2.0 software is all open source: free to download, use and build upon. It allows children or indeed anyone with little prior computing knowledge to create digital music by writing basic code, enabling them to define and perform their own sounds. Users can play back recorded samples, and have the ability to manipulate timbre of the sounds.

“Rather than just a tool for engaging pupils in computer science, we have tried to imagine the computer as a musical instrument in its own right, where the interface of the instrument is a programming language,” said Sonic Pi creator Dr Sam Aaron.

The simplicity and flexibility of the code also enables users to easily share digital music compositions as code via online forums with potential for community mash ups and jams.

Perhaps uniquely, the code is displayed on screens so audiences and classmates can see as well as hear compositions as they are created. “You are watching the decisions the coder is making and listening at the same time,” said Burnard. “The audience has access to the performer’s internal logic”. 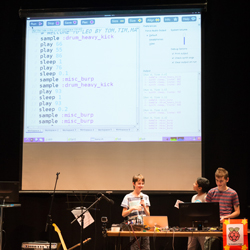 Recent research by LSE and technology charity Nominet Trust has shown there is no single path to digital learning. Eben Upton, CEO of Raspberry Pi, says that it is often tempting to treat computer science simply as a branch of maths, and to concentrate on teaching programming for its own sake.

“In contrast, applications like Sonic Pi allow us to correctly position computer science and computational thinking as general-purpose tools which can be used to tackle problems across the full breadth of the curriculum,” he said.

Simon Peyton Jones from Microsoft Research and the current chair of Computing At School, added: “SPL&C complements the new Computer Science Curriculum, creating even more opportunities for young people to get to grips with coding - a vitally important skill that will enhance future employability.”

The research findings have also been welcomed following concerns raised by Ofsted last year about the need to improve music education and Youth Music Network’s recent call for the need to bring change and diversity to music education.

Tim Hallas, Consultant for Music Technology at Hertfordshire Music Service, believes Sonic Pi has the potential to make music technology much more affordable and accessible to all. “The interface is simple for all students to use and as no prior knowledge of music is required, the accessibility to the software is very open”.

Burnard says that modern music is increasingly locked into serving as “digital content”: sealed in hardware or abstracted in cloud services, but there is increasing work to open up digital mechanisms and allow them to become a component of creative experience. “Sonic Pi v2.0 has been a radical novelty, supporting digitally-native genres through low cost and open source tools,” she said.

Dr Alan Blackwell, Reader in Interdisciplinary Design from Cambridge’s Computer Lab, added that “this generation of school students needs to understand the value of core digital skills in a creative context, not simply as a stepping stone to technical STEM careers”. 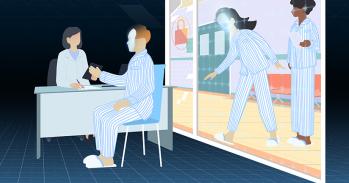 Kids taking part in the Sonic Pi summer school, plus screenshot of code.