University of Cambridge mathematician Caucher Birkar has been named one of four recipients of the 2018 Fields medals, the most prestigious awards in mathematics.

Kurdistan was an unlikely place for a kid to develop an interest in mathematics - I'm hoping that this news will put a smile on the faces of those 40 million people.

Professor Birkar, who originally came to the UK as a Kurdish refugee, was given the award today at the International Congress of Mathematicians in Rio de Janeiro, Brazil.

The Fields medals, often called the Nobel Prize of mathematics, are awarded every four years. Medallists must be under the age of 40 by the start of the year they receive the award, with up to four mathematicians honoured at a time. Awarded for the first time in 1936, the medal is recognition for works of excellence and an incentive for new outstanding achievements.

Caucher Birkar from simonsfoundation.org on Vimeo.

Birkar, a member of Cambridge’s Department of Pure Mathematics and Mathematical Statistics, won the award for his work on categorising different kinds of polynomial equations. He proved that the infinite variety of such equations can be split into a finite number of classifications, a major breakthrough in the field of birational geometry. Born in a Kurdish village in pre-revolutionary Iran, Birkar sought and obtained political asylum in the UK while finishing his undergraduate degree in Iran.

“War-ridden Kurdistan was an unlikely place for a kid to develop an interest in mathematics,” Birkar told the ICM today. “I'm hoping that this news will put a smile on the faces of those 40 million people.”

Birkar, who just this year received recognition for his work as one of the London Mathematical Society Prize winners, was born in 1978 in Marivan, a Kurdish province in Iran bordering Iraq with about 200,000 inhabitants. His curiosity was awakened by algebraic geometry, the same interest that, in that same region, centuries earlier, had attracted the attention of Omar Khayyam (1048-1131) and Sharaf al-Din al-Tusi (1135-1213).

After graduating in Mathematics from Tehran University, Birkar went to live in the UK, where he became a British citizen. In 2004, he completed his PhD at the University of Nottingham with the thesis “Topics in modern algebraic geometry”. Throughout his career, birational geometry has stood out as his main area of interest. He has devoted himself to the fundamental aspects of key problems in modern mathematics – such as minimal models, Fano varieties, and singularities. His theories have solved long-standing conjectures.

In 2010, the year in which he was awarded by the Foundation Sciences Mathématiques de Paris, Birkar wrote, alongside Paolo Cascini (Imperial College London), Christopher Hacon (University of Utah) and James McKernan (University of California, San Diego), an article called “Existence of minimal models for varieties of general log type” that revolutionised the field. The article earned the quartet the AMS Moore Prize in 2016.

Founded by the Canadian mathematician John Charles Fields to celebrate outstanding achievements, the Fields Medal has already been awarded to 56 scholars of the most diverse nationalities, among them, Brazilian Fields laureate Artur Avila, an extraordinary researcher from IMPA, awarded in 2014 in South Korea. Due to its importance and prestige, the medal is often likened to a Nobel Prize of Mathematics.

“This is absolutely phenomenal, both for Caucher and for mathematics at Cambridge,” said Professor Gabriel Paternain, Head of the Department of Pure Mathematics and Mathematical Statistics. “Caucher was already an exceptional young researcher when he came to Cambridge, and he's now one of the most remarkable people in this field. At Cambridge, we want to give all of our young researchers the opportunity to really explore their field early in their career: it can lead to some truly amazing things.”

The winners of the Fields medal are selected by a group of specialists nominated by the Executive Committee of the International Mathematical Union (IMU), which organize the ICMs. Every four years, between two and four researchers under the age of 40 are chosen. Since 2006, a cash prize of 15 thousand Canadian dollars accompanies the medal.

In an interview with Quanta Magazine, Birkar spoke of the math club at Tehran University, where pictures of Fields medallists lined the walls. “I looked at them and said to myself, ‘Will I ever meet one of these people?’ At that time in Iran, I couldn’t even know that I’d be able to go to the West.

“To go from the point that I didn’t imagine meeting these people to the point where someday I hold a medal myself — I just couldn’t imagine that this would come true.”

The other three winners of the 2018 Fields medals are Peter Scholze from the University of Bonn, Akshay Venkatesh from the Institute of Advanced Studies and Alessio Figalli from ETH Zurich. 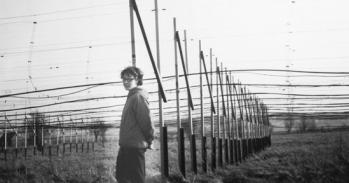 Cambridge commended for communication of research