Charismatic business leaders can cause their followers to suppress emotions, which can harm companies over the long term, according to new research.

Remember that even the most charismatic person is only human.

While charismatic leaders may be magnetic, they can cause their followers to suppress emotions, which can harm companies through increased strain, lower job satisfaction and reduced information exchange among employees, according to new research from the University of Cambridge.

The study, published in The Leadership Quarterly, found that while charismatic leaders may put their followers in awe, reinforcing the leader’s standing in the group, ‘awestruck’ followers are unlikely to benefit the group in the long-term.

The study also finds that leaders who show individual consideration tend to encourage followers’ emotional expression. While this may circumvent the negative implications of emotion suppression, at “rampant” levels such expressiveness can be detrimental because it violates workplace norms and can cause conflict and harm employee coordination.

The study is based on responses to various leadership scenarios by several hundred research participants at universities and companies in Germany and Switzerland.

“Emotion suppression is associated with a wide range of negative outcomes,” said Dr Jochen Menges of Cambridge Judge Business School, one of the study’s authors. “The problem is that for emotions to be suppressed, our brain needs to allocate resources to self-regulation processes that allow us to appear calm and collected on the outside when on the inside we are emotionally stimulated.”

While our brain is busy keeping emotions in check, it cannot allocate resources to other mental tasks – such as memorising or scrutinising messages or coming up with new ideas. “So while we are awestruck – overwhelmed with the emotions that charismatic leaders stir and yet too intimidated to express these emotions – we are impaired in our mental abilities,” said Menges. “That makes us vulnerable to the influence of charismatic leaders, and likely impairs our own effectiveness in dealing with work challenges.”

Such inhibition of expressiveness can deploy mental resources and impair the cognitive processing capacity of followers – which may make them less able to evaluate the actual messages of charismatic leaders, and therefore make them more likely to endorse such leaders with little scrutiny.

“Charisma has effects that can be harmful, but these effects can be counterbalanced by other leadership behaviours, such as individualised consideration and support as well as mentoring and coaching,” said Menges.

The two styles of leadership that the researchers looked at are quite different, but they are not mutually exclusive. It is the combination of both styles that will serve the leader best, so they can bring together people for a common mission with charismatic messages from the podium, but then also solicit their advice and input when stepping down from the podium.

“While charisma can help leaders establish power and exert influence, it may be intimidating to those who look up to them for guidance and inspiration,” said Menges. “To leverage the full potential of their followers, leaders need to balance charismatic appeal with the consideration of each follower’s individual needs. And for those who find themselves awestruck by the charisma of their leader, remember that even the most charismatic person is only human.” 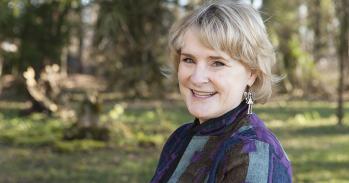 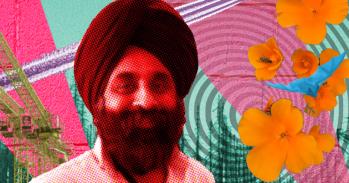