Each year 5,600 patients are diagnosed with cancer at a late stage because of inequalities. Study underlines importance of awareness campaigns.

We know that earlier stage diagnosis of cancer is important – it dramatically improves the effectiveness of treatment and survival for many cancers.

There are substantial inequalities in the stage at which cancer patients receive their diagnosis – a critical factor for cancer survival – a new study by the University of Cambridge reveals.  The researchers found that age, sex and income as well as the type of cancer influenced the risk of a patient being diagnosed at an advanced stage of the disease. Eliminating these inequalities would help improve the chances of a cure for up to 5,600 patients with seven common cancers each year.  The research was published today in the Annals of Oncology.

The scientists studied ten common types of cancer responsible for two-thirds of all new cancer diagnoses in England. They found that 5,600 patients with seven common cancers each year are diagnosed at a late stage of their illness because of inequalities.

Narrowing social differences in stage at diagnosis could benefit 2000 men with prostate cancer, 1300 patients with lung cancer, 1000 women with breast cancer and 700 patients with melanoma, who are currently diagnosed in advanced stage because of inequalities. There are also important potential gains for patients with three rarer cancers (endometrial, kidney and bladder cancer).  During the study period, 2006-2010, there were no notable social inequalities in the risk of advanced stage at diagnosis for patients with bowel (colon or rectal) cancer and women with ovarian cancer.

The research shows that 1 out of every 9 patients with these seven cancers who are currently diagnosed in advanced stage could be diagnosed at an earlier stage.  Most of the improvements seem to be achievable by better educating people about symptoms and signs of potential cancer that should prompt a consultation with a doctor.

“We know that earlier stage diagnosis of cancer is important – it dramatically improves the effectiveness of treatment and survival for many cancers,” said lead author Dr Georgios Lyratzopoulos, a researcher of the University of Cambridge.  “This study highlights the importance of awareness of cancer symptoms and how people of different social groups react to such symptoms. It provides evidence about which patient groups would benefit most from targeted campaigns to raise awareness of different cancers.”

For the study, Cambridge researchers worked together with the NHS to examine data from the Eastern Cancer Registration and Information Centre (ECRIC), the English regional cancer registry with the most complete information on stage at diagnosis. (Statistics about the stage of diagnosis of common cancers has been difficult to come by in the past, but their availability is currently increasing across the UK.)

The investigators examined information on the stage at diagnosis of nearly 100,000 patients with any of ten different cancers, including the five most common cancers (lung, breast, prostate, colon and rectal cancer) and also bladder, kidney, ovarian, and endometrial cancer and melanoma (the most aggressive type of skin cancer). The analysis took account of different tumour sub-types and whether the cancer was detected through screening.

The potential for improving diagnosis was not the same across all cancers. Men with melanoma and lung cancer were more likely to be diagnosed at an advanced stage compared with women with the same cancer. Patients with breast, prostate and endometrial cancer and melanoma living in poorer neighbourhoods were more likely to be diagnosed at late stage compared with those living in less deprived neighbourhoods.

The researchers focused on examining variation in diagnosis by age among patients aged 65 or older, because 2/3 of all cancers occur in this age group and because of evidence of potential deficits in the care of older patients. They found that for four cancers (breast, prostate, melanoma and endometrial) older patients were more likely to be diagnosed at an advanced stage. However, for three other cancers (lung, bladder and renal cancer) the opposite was true, with older patients being less likely to be diagnosed at an advanced stage.

“For cancers where there is evidence that symptom awareness matters, such as breast, prostate, melanoma and endometrial cancer, older individuals   are more likely to have their cancer discovered late. In contrast, for cancers which there is a good enough medical test, such as X-ray or ultrasound, it seems that being old can protect somewhat from late stage diagnosis – presumably because the frequency of having these tests increases with older age and infirmity,” said Dr Lyratzopoulos.

Policy experts believe that deficiencies in both early diagnosis and optimal treatment may be responsible for poorer cancer survival in the UK compared with some other European countries with similar health care systems and robust statistics (e.g. Scandinavian countries). Regarding deficiencies in early diagnosis, delays in patients recognising symptoms and presenting to their doctors as well as delays by the health system could be responsible. The study highlights that differences in perceptions of cancer between patients may be more important than previously thought for at least some (although not all) types of cancer.

“Awareness campaigns about the symptoms of bowel and ovarian cancer have been launched relatively recently and future research should establish their effectiveness. Avoiding a patchy dissemination of awareness messages among different social groups is important to prevent future inequalities in early diagnosis and for such campaigns to have the maximum impact,” said senior author Dr David Greenberg from ECRIC (the Eastern Cancer Registration and Information Centre).

The study was supported by the National Institute for Health Research and ECRIC. 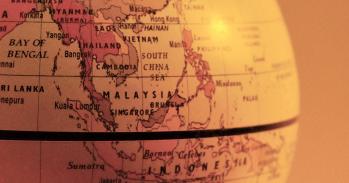 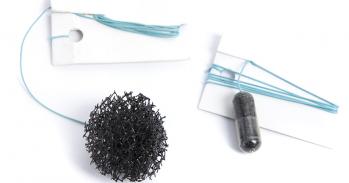