AI shows how hydrogen becomes a metal inside giant planets

Researchers have used a combination of AI and quantum mechanics to reveal how hydrogen gradually turns into a metal in giant planets.

The existence of metallic hydrogen was theorised a century ago, but what we haven’t known is how this process occurs

Dense metallic hydrogen – a phase of hydrogen which behaves like an electrical conductor – makes up the interior of giant planets, but it is difficult to study and poorly understood. By combining artificial intelligence and quantum mechanics, researchers have found how hydrogen becomes a metal under the extreme pressure conditions of these planets.

The researchers, from the University of Cambridge, IBM Research and EPFL, used machine learning to mimic the interactions between hydrogen atoms in order to overcome the size and timescale limitations of even the most powerful supercomputers. They found that instead of happening as a sudden, or first-order, transition, the hydrogen changes in a smooth and gradual way. The results are reported in the journal Nature.

Hydrogen, consisting of one proton and one electron, is both the simplest and the most abundant element in the Universe. It is the dominant component of the interior of the giant planets in our solar system – Jupiter, Saturn, Uranus, and Neptune – as well as exoplanets orbiting other stars.

At the surfaces of giant planets, hydrogen remains a molecular gas. Moving deeper into the interiors of giant planets however, the pressure exceeds millions of standard atmospheres. Under this extreme compression, hydrogen undergoes a phase transition: the covalent bonds inside hydrogen molecules break, and the gas becomes a metal that conducts electricity.

“The existence of metallic hydrogen was theorised a century ago, but what we haven’t known is how this process occurs, due to the difficulties in recreating the extreme pressure conditions of the interior of a giant planet in a laboratory setting, and the enormous complexities of predicting the behaviour of large hydrogen systems,” said lead author Dr Bingqing Cheng from Cambridge’s Cavendish Laboratory.

Experimentalists have attempted to investigate dense hydrogen using a diamond anvil cell, in which two diamonds apply high pressure to a confined sample. Although diamond is the hardest substance on Earth, the device will fail under extreme pressure and high temperatures, especially when in contact with hydrogen, contrary to the claim that a diamond is forever. This makes the experiments both difficult and expensive.

Theoretical studies are also challenging: although the motion of hydrogen atoms can be solved using equations based on quantum mechanics, the computational power needed to calculate the behaviour of systems with more than a few thousand atoms for longer than a few nanoseconds exceeds the capability of the world’s largest and fastest supercomputers.

It is commonly assumed that the transition of dense hydrogen is first-order, which is accompanied by abrupt changes in all physical properties. A common example of a first-order phase transition is boiling liquid water: once the liquid becomes a vapour, its appearance and behaviour completely change despite the fact that the temperature and the pressure remain the same.

In the current theoretical study, Cheng and her colleagues used machine learning to mimic the interactions between hydrogen atoms, in order to overcome limitations of direct quantum mechanical calculations.

“We reached a surprising conclusion and found evidence for a continuous molecular to atomic transition in the dense hydrogen fluid, instead of a first-order one,” said Cheng, who is also a Junior Research Fellow at Trinity College.

The transition is smooth because the associated ‘critical point’ is hidden. Critical points are ubiquitous in all phase transitions between fluids: all substances that can exist in two phases have critical points. A system with an exposed critical point, such as the one for vapour and liquid water, has clearly distinct phases. However, the dense hydrogen fluid, with the hidden critical point, can transform gradually and continuously between the molecular and the atomic phases. Furthermore, this hidden critical point also induces other unusual phenomena, including density and heat capacity maxima.

The finding about the continuous transition provides a new way of interpreting the contradicting body of experiments on dense hydrogen. It also implies a smooth transition between insulating and metallic layers in giant gas planets. The study would not be possible without combining machine learning, quantum mechanics, and statistical mechanics. Without any doubt, this approach will uncover more physical insights about hydrogen systems in the future. As the next step, the researchers aim to answer the many open questions concerning the solid phase diagram of dense hydrogen.

Hints of life discovered on Venus 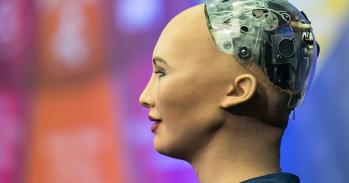