By taking a branch of mathematics more often associated with astrophysics and applying it to computer gaming, Cambridge researchers have transformed how games are lit, and their spinout company Geomerics has now been acquired by ARM.

The latest Star Wars game and the new Mirror's Edge – they are all huge games and they are lit by our technology, and that's enormously exciting

Enlighten has given us unparalleled productivity on Need for Speed: The Run 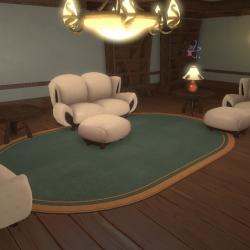 Set up in 2005 by Professor Mike Hobson, Dr Chris Doran and Professor Anthony Lasenby of the Cavendish Laboratory and Dr Joan Lasenby of the Engineering Department, Geomerics has transformed the way computer games are lit, helping games designers unleash their creativity and improving the gaming experience for millions of gamers worldwide.

With its breakthrough product Enlighten, launched in 2007, Geomerics pioneered a new business sector in selling lighting middleware technology. And because it lights the virtual world in the same way the real world is lit, Enlighten underpins the world's most popular and biggest selling computer games.

The first game using Enlighten was Battlefield 3. Since its release by Electronic Arts in 2011, Battlefield 3 has sold some 20 million copies, making it the fastest selling game in Electronic Arts' history. Battlefield 3 generated revenues of $1 billion and scooped more than 60 industry awards, including a BAFTA for best game in 2012.

Licensed by more than 30 titles from the USA and Canada to Japan and Korea – via Iceland, Germany, Sweden, Norway, Russia and the Ukraine – Enlighten now has global reach. Geomerics became one of the first group of companies announced to be working on the PlayStation 4 with Sony, and in in 2013 Geomerics was acquired by ARM Holdings.

Dwarfing the market in books and film, the global computer games market is worth $65 billion a year, with more than one billion people worldwide playing computer games. The UK is one of the industry's major players: Grand Theft Auto – developed by Edinburgh-based Rockstar – took $1 billion in the first 48 hours after its release.

As the market grows in size and sophistication, developers and gamers want ever more realistic on-screen experiences, realism that depends, in large part, on lighting on-screen worlds in the same way the real world is lit. But achieving this using conventional mathematics – performing myriad calculations of how light bounces at 200 frames a second – proved impossible.

So, at the Cavendish Laboratory, Hobson and Doran began exploring whether geometric algebra – a 'dialect' of mathematics more economical in its representation of geometrical objects – could solve the problem of real-time calculation of global illumination in a virtual world.

Applied in electromagnetism as well as mechanics, relativity and quantum theory, geometric algebra allows the equations governing these physical phenomena to be written in a way that makes them easier to solve than traditional mathematics.

From 2005, Doran used an EPRSC Advanced Fellowship to study how geometric algebra might be exploited in computer graphics. His research revealed that algorithms based on geometric algebra could solve problems in graphics and vision faster and better than traditional techniques.

Based on years of research across several disciplines – from signal processing, compression and de-noising to surface mapping and spherical hemispheric lighting – Enlighten allows computer games to compute the bounced light in a world in real time for the first time.