From Lab to Fab

Two decades after spinning out from Cambridge’s Cavendish Laboratory, Cavendish Kinetics is seeing years of research into quantum physics being translated into minute switches that could be used in billions of mobile phones around the world.

Bringing new products to market is the opposite of how academia works. Manufacturers want 99.9% of their products to work; academics find one or two that function and focus on that

I’m a great believer in luck. Everyone thinks it’s just about making the right choices, but that’s not how it works. You have to be in the right place at the right time as well 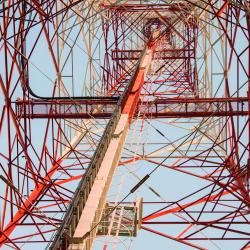 Researchers at Cambridge are often ahead of the curve, and Professor Charles Smith is one of them. He set up Cavendish Kinetics in 1994 and in 2013 the company launched its first chip.

Based on a minute mechanical switch, the chip solves many problems now faced by 4G mobile phone manufacturers. Compared with the semiconductor switches currently used in phones, the mechanical switch allows faster data rates and uses less power. It’s cheaper too, because as well as inventing the chip, Cavendish Kinetics developed a process technology that means it can be made in a standard CMOS foundry or ‘fab’.

The company employs staff in the UK, USA, the Netherlands and South Korea, holds many published patents and has raised considerable venture capital funding.

Cavendish Kinetics now has chips designed in a number of different mobile phones, and the potential market is huge, with more than one billion 4G phones produced each year. The technology could also be used in tablet computers and laptops for Bluetooth and wireless applications.

Today’s small, slim mobile phones have space for only one fixed antenna. Ideally, the antenna would only work with one frequency, but because the phone is sending and receiving large amounts of data, the antenna needs tuning to a range of different frequencies or bands. In addition, different countries use different bands, so a 4G phone must work across a wide range of frequencies.

Currently, the switches used to switch capacitors on and off to tune the antenna to different frequencies are based on gallium arsenide (GaAs) chips, but although GaAs is faster than silicon, it is also much more expensive to manufacture.

The Cavendish Kinetics chip overcomes these challenges. It is based on a different technology, a nano-scale mechanical switch, which significantly improves the performance of mobile phones by enabling both faster data transfer and longer battery life.

And because the chip can tune the antenna to different frequencies, it overcomes the so called ‘head-hand’ problem, which describes the drop in performance that can occur when the user’s head changes the resonant frequency of the antenna.

As well as developing the new chip, Cavendish Kinetics also invented a way of making them in a standard silicon foundry. This, coupled with the fact that one mechanical chip can do the job of several GaAs chips, means the Cavendish Kinetics solution is significantly cheaper.

The research behind the new chip began more than 20 years ago in Cambridge’s Cavendish Laboratory. Funded by an EPSRC fellowship and research grants, academic physicist Charles Smith was trying to make sub-micron, free- standing metal structures in order to study the quantisation of phonons.

Wondering what would happen if this technology was shrunk to the nano-scale, he realised these academic questions could have real-world applications in the shape of tiny low voltage switches.

Cavendish Kinetics was formed to develop these applications, initially as computer memory and then as digital variable capacitors or switches for the new generation of 4G mobile phones.

Over several years, the team then developed a process enabling their chip to be made in a standard CMOS foundry, making them cheaper to manufacture. Finally, they developed a clever way of packaging the little switches so they are never in contact with the air. By making them in their own minute cavity, which is sealed at the same time, the chips need no special packaging.