Men and books: narratives of desire

Our choice of books says a lot about us – and our relationships with books as objects can be complex. At a conference taking place today (28 June 2014), Dr Victoria Mills (Faculty of English) will discuss how book collecting may have afforded an expression for marginalised male identities in the late Victorian period.

Bibliophiles touch the binding, the skin of the book, but also – by imaginative extrapolation – the skin of other men. The possibility of tenderness between men is suggested through the handling of books.

When the first e-reader appeared, printed books were declared dead. It hasn't happened – and there are no signs that it will.The brittle plastic of an e-reader, however colourful the cover, just doesn’t have the physical presence of a printed volume. Nor can a click on the ‘buy now’ button on a well-known website replicate a lunch hour spent browsing in a bookshop  or rummaging through the contents of a market stall piled high with out-of-print treasures.

Books are desirable objects: they are made to be read and to be displayed; they ask to be touched and turned; each volume exudes a distinctive odour. At a conference titled Perversions of Paper, taking place today at Birkbeck College, University of London, Dr Victoria Mills, a Research Fellow in English at Darwin College, will talk about the physical allure of the book in the Victorian era as one strand of her research into the cultures of collecting.

In a presentation on the Erotics of Late Nineteenth-Century Book Collecting, Mills will explore through the literature of that period the obsessive nature of men’s desire for books, not simply to read but to have and to hold. “Book collecting was one of the most popular of the acquisitive hobbies in the 19th century.The craze for book collecting in the first two decades is documented in Thomas Frognall Dibdin’s Bibliomania or Book Madness of 1809. Towards the end of the century, many of the libraries of great English houses were sold off, giving bibliophiles ample opportunity to expand their collections, and a second phase of impassioned book collecting began,” she said. 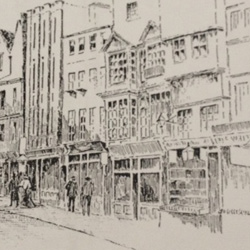 “This was the era of the ‘book beautiful’ with private presses producing lavishly illustrated and bound books, the first editions of which were highly popular with collectors. But what emerges from my research into late-Victorian bibliomania is that books were desirable not just for their visual appearance but also for their tactile qualities. I suggest that book collecting was an activity based as much on touch as on sight and collectors frequently mention the thrills and pleasures they experienced through physical contact.”

Sensory responses to books as objects to possess and to handle are well documented in the literature that surrounds the craze for book collecting in Britain and France at the end of the 19th century. In his Book-Hunter in Paris (1893), French publisher and journalist Octave Uzanne tells us that “the mere physical pleasure  … to turn over the pages of a book long coveted, to handle an unexpected find, to fondle a binding, to dust the edges, are exquisite joys in which the hand shares with the eye”.

Gender is deeply embedded in the relationship between people and things. Book collecting was (and to some extent still is) a predominantly male world. The spaces of late-19th century book collecting – the private library, club, book shop and book stall – were spaces in which men socialised with other men in their pursuit of, and interaction with, books.

In Picture of Dorian Gray Wilde describes how Dorian “…procured from Paris no less than nine copies of the first edition, and had them bound in different colours, so that they might suit his various moods and the changing fancies over a nature over which he seemed, at times, to have almost entirely lost control”. Collecting books plays an important role in masculine self-fashioning – like the putting on of clothes, the binding of books is a means by which Dorian Gray constructs his dandy identity. Wilde himself made a point of distributing his books, with their stunning illustrations, with his own hand. “Touched by him, the books retained traces of his corporeal presence and his gifting of them suggests a notion of inheritance and transmission based on bodily connection,” said Mills.

Much writing on bibliomania focuses on its negative aspects. Obsessive collecting was seen as a symptom of disease – a kind of mania to be treated as an unfortunate affliction. “Across the 19th century, literary depictions of book collecting are riddled with the language of disease,” said Mills. Thomas Frognall Dibdin’s Bibliomania is tag-lined as an account of the ‘history, symptoms, and cure of the fatal disease’. The editor William Carew Hazlitt charts his own bibliomania as a growing addiction; the title of his memoir Confessions of a Collector (1897) echoes Thomas De Quincey’s Confessions of an Opium Eater (1821). 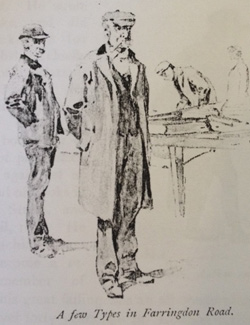 Such accounts depict the book collector as a pitiable fellow, eaten up with his obsession and oblivious to his outward appearance.  In Book-Lovers, Bibliomaniacs and Book Clubs (1904), Nathan Haskell Dole, President of the Bibliophile Society, pokes fun at the crazed book lover in this cruel little ditty: “Victim of a frenzied passion./He is lean and lank and crusty;/Naught he cares for dress or fashion/And his rusty coat smells musty.”

The association between collecting and disease gathered strength in the late-19th century with the publication of medico-scientific texts about what we now call hoarding.  Max Nordau, a physician, author and social critic, wrote a book titled Degeneration (1895) in which he attacked so-called degenerate art produced by decadents and aesthetes such as Wilde and Joris Karl-Huysmans, whose book À Rebours (Against Nature) (1888) also depicts the activities of an obsessive collector.

Nordau’s Degeneration associated collecting with perversity and immortality: “… the present rage for collecting, the piling up, in dwellings, of aimless bric-a-brac … appears to us in a completely new light when we know that Magnan [a French psychiatrist] has established an irresistible desire among degenerates to accumulate useless trifles …”

Mills is interested in the striking plurality of these representations of book collectors: on one hand book collecting is connected with unbridled and corrupting consumption, on the other it is constructed as a wholesome and worthwhile activity. And she is keen to explore more positive interpretations of the phenomenon of book-love. Following Wilde’s trial and conviction for gross indecency in 1895, affectionate physical contact between men was increasingly associated with perversion and degenerative behaviour.

Book collecting, Mills argues, allowed for the expression of sexually marginalised masculine identities – a means by which men could connect physically and without aggression with other men. “Bibliophiles touch the binding, the skin of the book, but also – by imaginative extrapolation – the skin of other men. The possibility of tenderness between men is suggested through the handling of books,” she said.

Bibliophiles record many examples of their desire to stroke and caress their books . Eugene Field, for example, addresses one of his favourites books thus: “Come, let me take thee from thy shelf and hold thee lovingly in my hands and press thee tenderly to this aged and slow-pulsing heart of mine.”  He also talks reverently of his books “which have felt the caressing pressure of [other] hands”. Andrew Lang, a Scottish author and bibliophile, describes an erotic charge that emanates from touching books that belonged to other men: “our fingers are faintly thrilled, as we touch these books, with the far-off contact of the hands of kings and cardinals, scholars…” (Books and Bookmen, 1892).

Mills suggests that the history of book collecting can be written as a history of intimacy as ideas about literary heritage, and the collecting, giving and bequeathing of books, become closely associated with an eroticised history of male tenderness.

Illustration from 'The Book Hunter In London' (1895) by William Roberts.